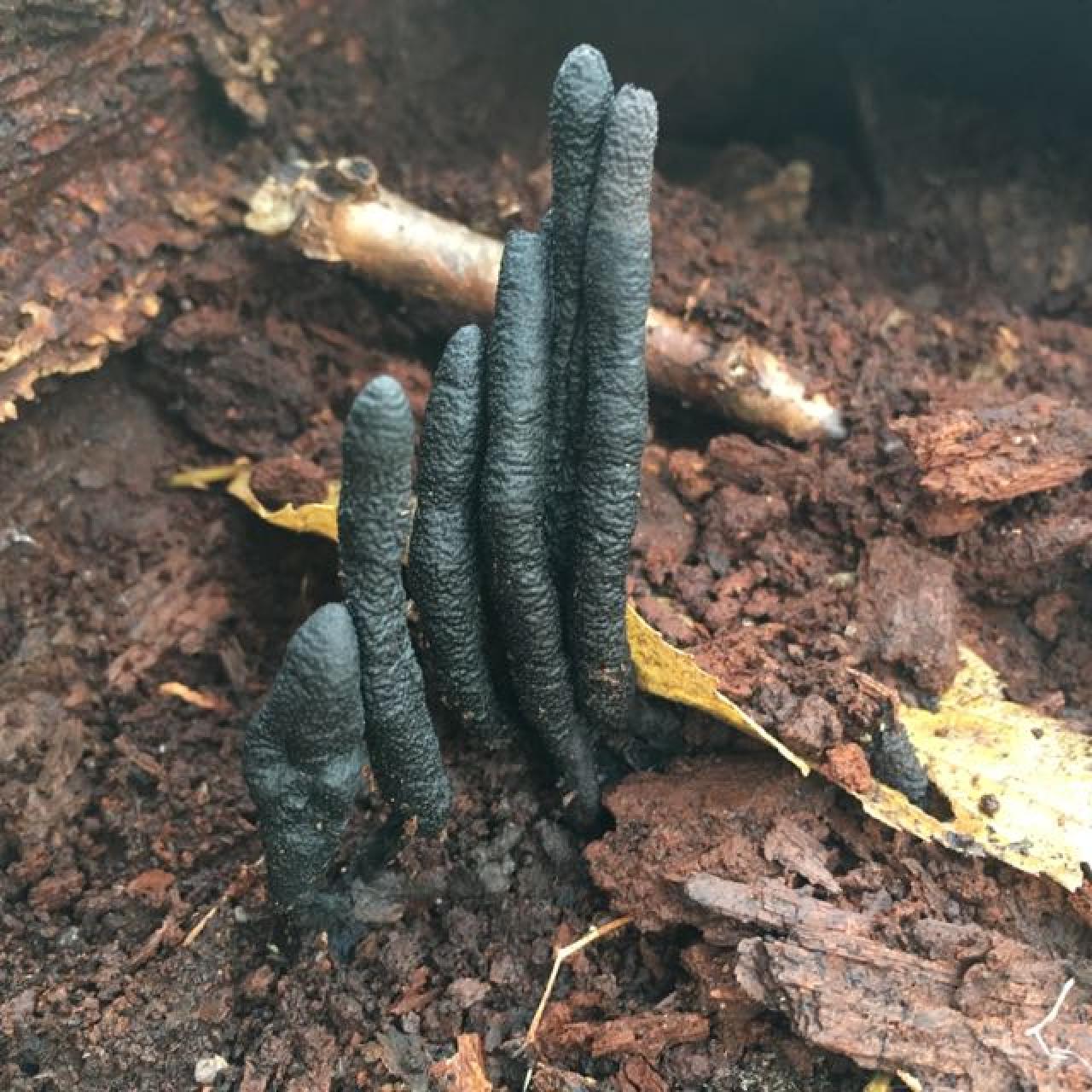 Dead man's fingers is a fungus found at the base of decaying hardwood trees. (Photo by Karen Schik)

Fortunately, these fingers were only of the fungal variety.

The scientific name for dead man’s fingers, Xylaria polymorpha, is very descriptive. "Xylaria" means it grows on wood, "poly-" means “many,” and "morpha" means “shapes.” And this woodland fungus certainly comes in many different shapes. However, they all do tend to appear knobby and elongated, suggestive of human fingers.

Dead man's fingers is found in deciduous forests throughout North America and Europe where it grows at the base of rotting tree stumps. The FMR conservation team found this spooky looking fungus deep in the oak forest ravines at Pine Bend Bluffs Scientific and Natural Area in Inver Grove Heights. Maple trees seem to be their preferred host in our area, but they also favor oak, locust, elm and apple.

While most fungi either consume the cellulose of wood or the lignins, dead man’s fingers is somewhat unusual in that it digests the glucans or “glues” that bind the cells together. As they feed, they literally help break down dead or dying trees in the forest.

On the off-chance that this fungus looks appetizing to you, please note that it's not considered edible for humans. Besides which, foraging in highly protected areas like Pine Bend SNA isn't allowed. We highly recommend a hike at this staff and volunteer favorite site instead.