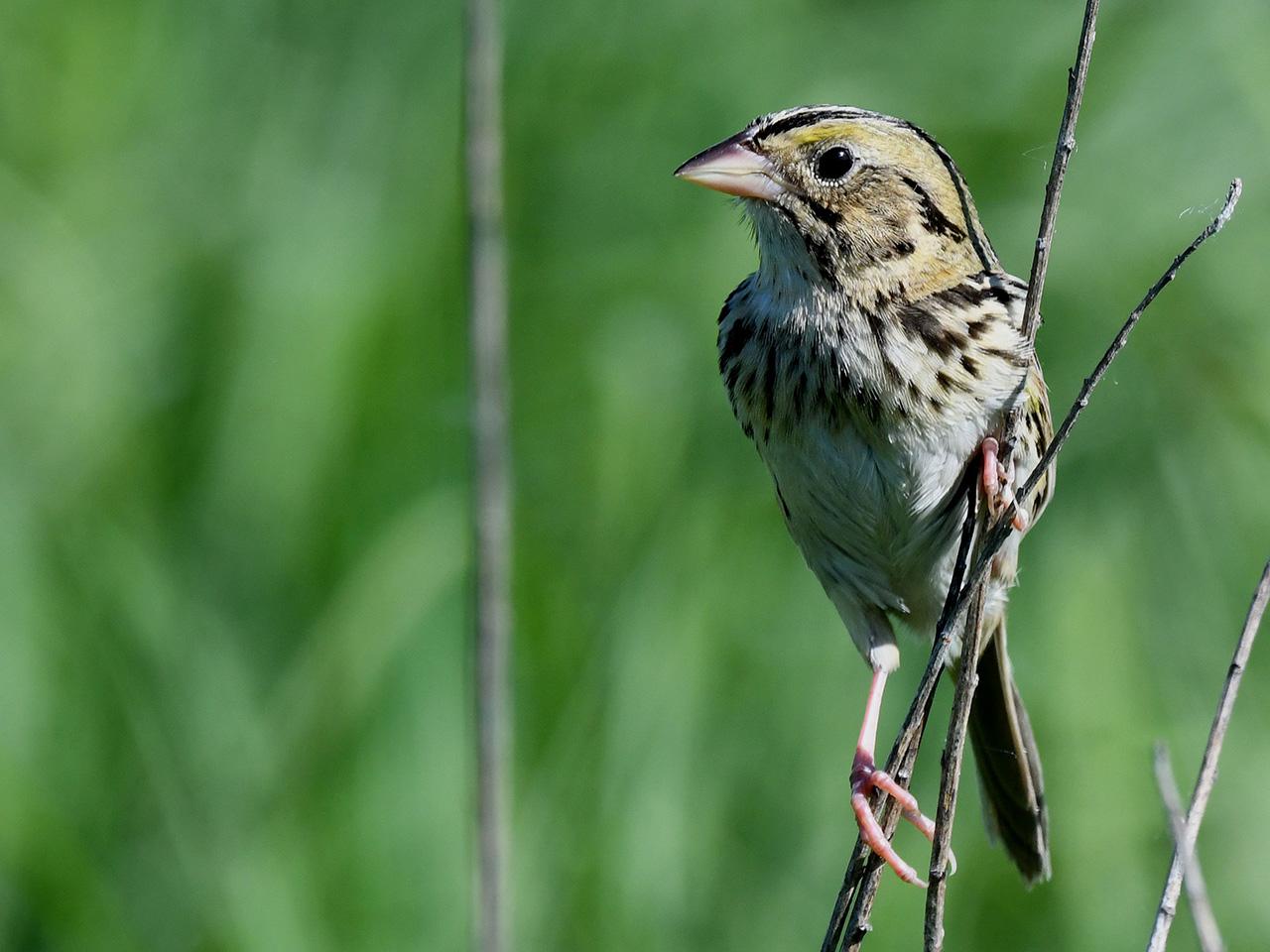 Grassland birds are among the most imperiled in North America, due in part to the severe loss of available habitat from urban and rural development.

Since 2002, FMR has been working on prairie restoration and enhancement projects to restore this plant community and the wildlife that depend on it at targeted sites in the Twin Cities metropolitan area. While we have good information on the plant community establishment, we do not often have data on wildlife species that have come to use a site.

Birds as measures of habitat quality

An important measure of the success of a prairie restoration is evidence that prairie-dependent animals are using a site for raising young.

Birds have long been used as indicators of habitat quality for many reasons. They are easy to identify and there are many people who are qualified to do so, standard survey protocols have been established, and there is a wealth of long-term data available.

Birds may also be better suited than some animals to reflect vegetation changes because they have a multi-year lifespan and a tendency to return to the same breeding sites each year.

Although multiple factors influence various bird species populations, and their presence or absence alone does not define the quality of the habitat, birds can serve as one indicator of the successfulness of a habitat restoration project. Their presence indicates that the basic habitat needs of the species have been met.

For over 10 years, we have gathered data on nesting birds.

Whenever possible, we have conducted breeding bird surveys before and after restoration to document the change in species that use the site. Of particular interest are the Species of Greatest Conservation Need (SGCNs) – so designated by the Minnesota Department of Natural Resources — due to significant declines in their populations. Many prairie bird species fall into this category and we specifically focus on those species in this study.

At six sites where FMR has completed prairie restorations, starting from either cropland or old field (non-native dominated grassland), we have seen steady increases in the number of bird species and the number of SGCNs in the years following restoration. Even relatively small sites (25 acres) demonstrated important value for prairie-dependent bird species, where one site hosted both an endangered species (Henslow's sparrow) and a special concern species (Bell's vireo), in different years. 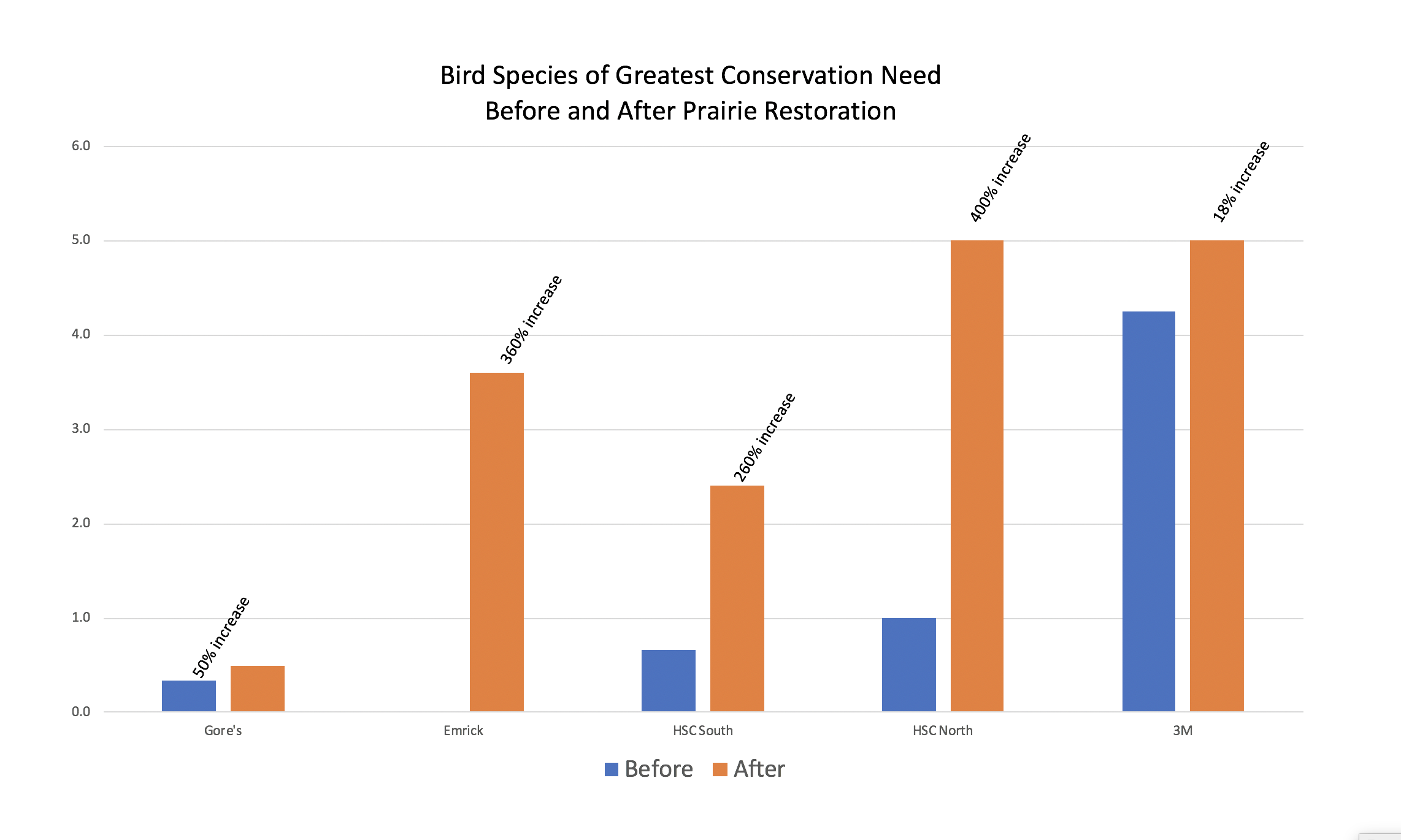 At each site with baseline data, we saw an increase in the number of bird species designated as Species of Greatest Conservation Need after we completed prairie restoration.

Thanks to our funders and partners 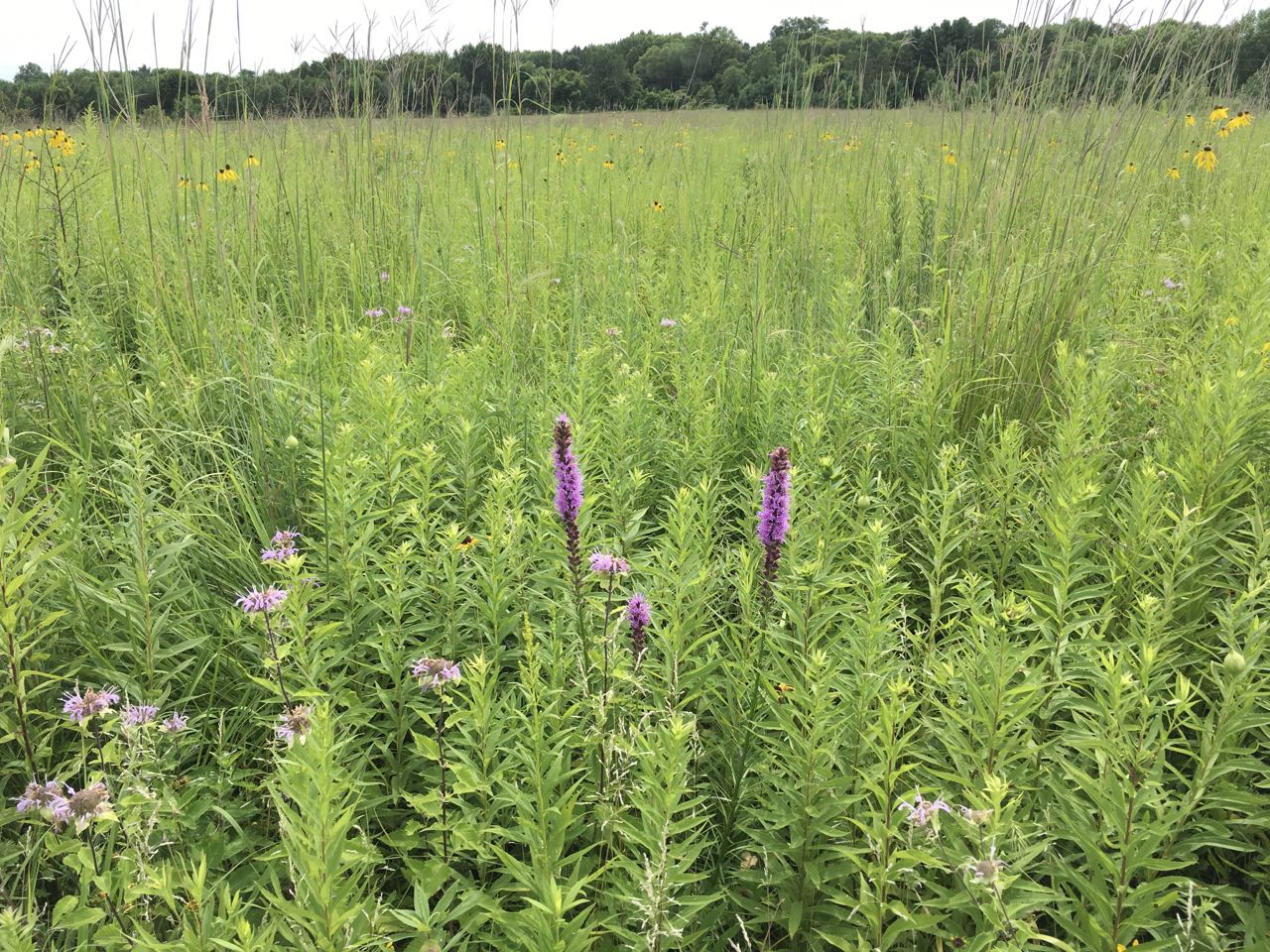 The 28-acre prairie restoration where we found both the endangered Henslow's sparrow and Bell's vireo, a special concern species.

Learn more about conservation at FMR

Our land conservation program helps protect and restore land ecologically linked to the Mississippi River and its important tributaries. Check out our map of where we work.

To honor all of these special places and to join us in our work to protect, enhance and restore them, become a member today.