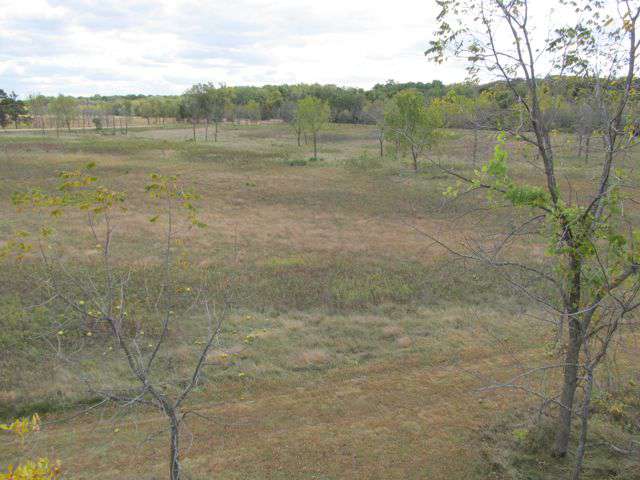 View of the grassland before restoration began. Black walnut trees, smooth sumac and honeysuckle were abundant, with a ground cover of non-native grasses.

Visitors to Dakota Countys Spring Lake Park Reserve will be noticing significant changes to the south archery trail, which is located at the far western end of this linear park that hugs the Mississippi River in Dakota County. FMR and county park staff are working together to restore native prairie and savanna on a portion of the park recently dominated by non-native grasses and woody plants.

The restoration began in early 2014 with funding from the Environment and Natural Resources Trust Fund (as approved by the Legislative and Citizens Commission on Minnesota Resources) to conduct tree and shrub removal. Next, the existing grasses were sprayed and then burned to prepare the site for seeding. Seeding occurred in late October, with a high diversity mix of 13 native grasses and 57 native wildflowers, including such beauties as silky prairie clover, prairie larkspur, large-flowered penstemon, prairie phlox and prairie violet - species all suitable for the dry soils at the site. 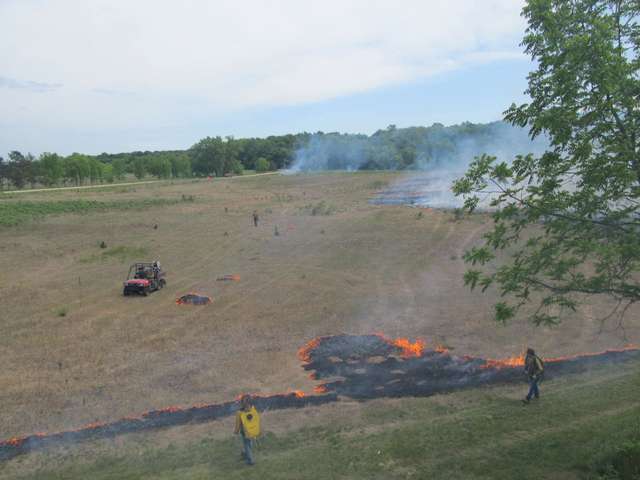 After trees and shrubs were removed, the site was sprayed with herbicide and burned. After some additional site preparation, the area was seeded this fall with native dry prairie and savanna species.

FMR is excited that this project will expand important habitat along the Mississippi River. In Minnesota, native prairie is one of the most imperiled plant communities. In fact, 99% of it has been converted to agriculture and other development. Correspondingly, a significant proportion of the rare plants and animals in Minnesota are species that depend on native prairie and savanna. Additionally, many declining species, such as native bees and other pollinators that are critical for many of our food crops, are also dependent on prairies. This project will expand this important habitat for these rare and/or declining species by adding 18 acres of prairie to about 25 acres of restored prairie on an adjacent parcel.

Be sure to put this park on your list of places to visit next summer! Visitors can expect to see some flowers in 2015, but those who return will get to watch the prairie and savanna species become fully established over the next 4 to 6 years!