This vacant site, formerly home to a power plant, sits on the Mississippi River in St. Paul.

Island Station is a unique site adjacent to a small peninsula near the intersection of Shepard Rd. and Randolph Ave. in St. Paul. Once home to a coal-fired power plant, it’s now vacant land with shoreline along both the main river channel and a backwater bay.

Island Station is included in St. Paul's Great River Passage Master Plan (which was developed through years of community input and with FMR's active support) as a destination for river recreation and community gatherings. The plan emphasizes public ownership and involvement and calls for trails, a boat launch, recreation and adventure facilities, and public amenities on the site.

Instead of a public park, however, the city opted to allow private development on the site. Waterford Bay — a luxury housing development — is now proposed for Island Station. While this was disappointing, FMR hoped that working with the developer could lead to some positive outcomes.


Formerly known for an old coal plant, the Island Station site west of Harriet Island in St. Paul will soon be developed into housing. After meeting with the city and developers, additional riverfront park land was set aside for public access with riverfront trails.

In early 2019 the developer, Stoneleigh Companies reached out to FMR for feedback on their preliminary plans. FMR staff met with the developers and shared our concerns that the project was too close to the shoreline and taller than the new Mississippi River Corridor Critical Area rules would allow. We urged Stoneleigh to set the building further away from the river and reduce the height to minimize it's scenic impact on the river, just across from Lilydale Regional Park.

The development team incorporated several of our recommendations.

As the planning process continued, the development team and the city continued seeking FMR's input. A key concern emerged: which parts of the site should be dedicated as public parkland per city requirements?

Our goals for the park area were to secure public access to the riverfront and bike and pedestrian trails through the site with an eye to the future when additional connecting trails may be built on neighboring parcels.

FMR staff visited the site this summer with the development team and city staff, during which it became evident that the city's initial proposed park dedication parcels were in floodplain areas that are frequently under water and couldn't accommodate trails.

As alternatives were considered, it became clear that the minimum park dedication acreage requested by the city couldn't meet all of the needs at the site. Public access to the riverfront was in jeopardy.

FMR began advocating for more public land at the site above and beyond what the city was requesting — and to their credit, Stoneleigh Companies agreed!

The new park dedication plan secures all of the site's shoreline as public land, along with space for future access trails to the waterfront at key spots. There are also plans to pursue a public carry-in boat launch in the bay, which would also require the cooperation of Xcel Energy, the owner of the actual bay shoreline. 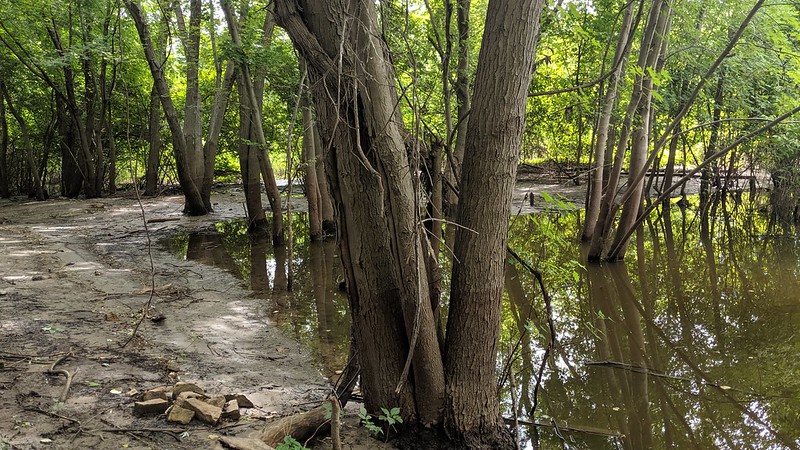 This Mississippi River floodplain will now be protected as new public land.

In addition, the Waterford Bay team offered several adaptations to their project to make the privately-owned bike and walking trails on the property — which they had always intended to make publicly accessible — safer and more inviting. The end result will be safe and scenic trails that invite neighbors to enjoy the Mississippi River. (We'll be sure to write another update, shared in Mississippi Messages, when the trails are open.)

Up next: The 'screenhouse'?

The Island Station site still has one remaining structure on it: a small "screenhouse" that's intriguing but also significantly dilapidated. If feasible to restore, the structure could be converted into a river overlook plaza or similar amenity. 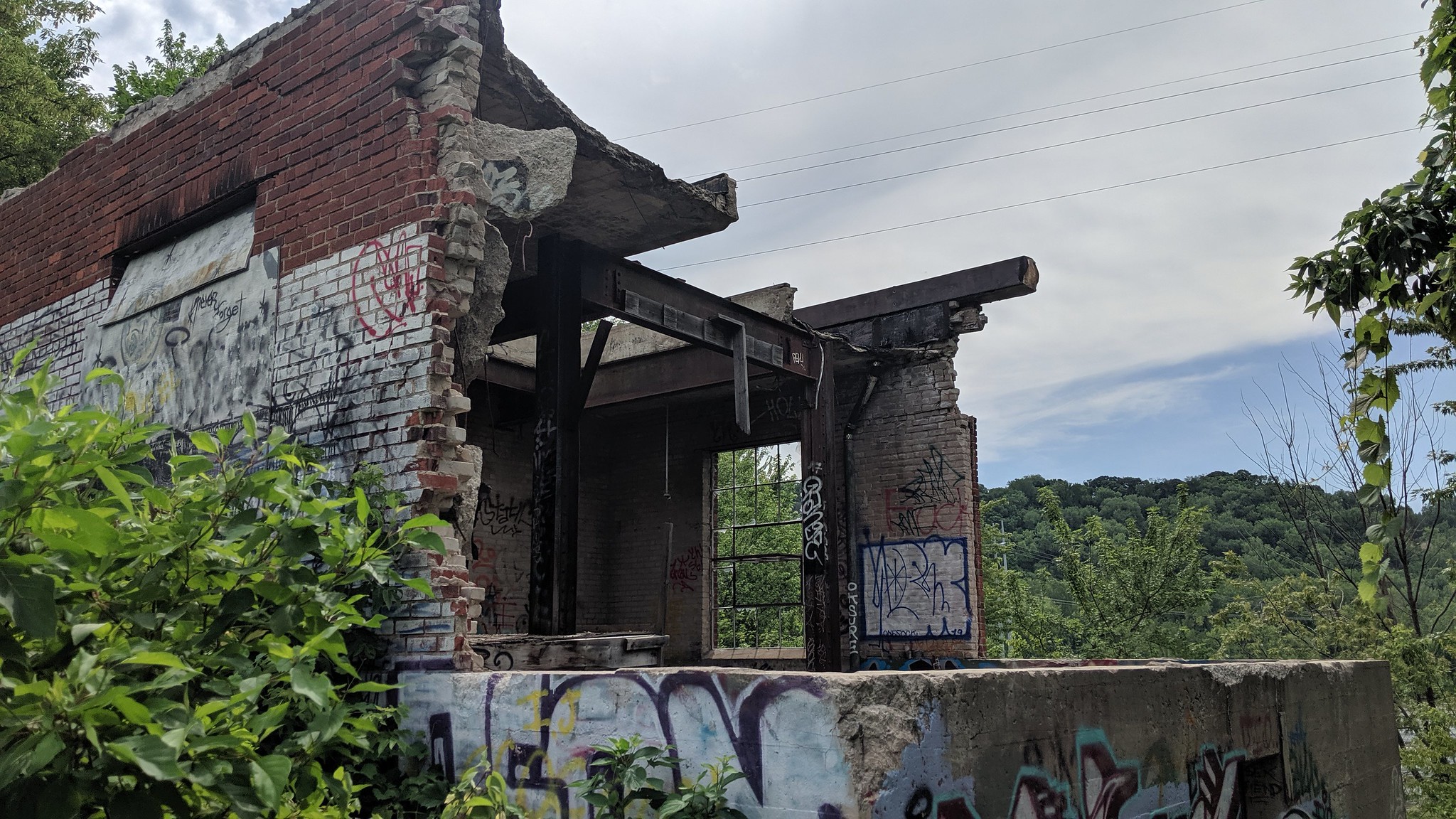 The future of the screenhouse, originally used to run coal through screens to make sure it was of acceptable burning size, remains unknown.

The Waterford Bay development team is funding an assessment of the screenhouse, after which the city and developers will determine whether a conversion is possible, and if so, how it will be owned and funded.

We appreciate the Waterford Bay development team, Stoneleigh Companies and BKV Group, for their willingness to pursue creative public-private solutions and dedicate more of this unique site as public land.

While the project still falls short of the Great River Passage Master Plan vision, FMR's advocacy has ensured that the recreational access and habitat preservation created by this project will serve the entire community.

In this case, we were able to work behind the scenes, but we sometimes need to call in our River Guardians. Become one today to receive emails from us when opportunities to advocate for riverfront development and other river-related issues arise, plus invitations to educational happy hours.