2021 ESI guest post: Biodiversity loss in urban areas with a focus on the Twin Cities | Friends of the Mississippi River
Skip to main content

2021 ESI guest post: Biodiversity loss in urban areas with a focus on the Twin Cities 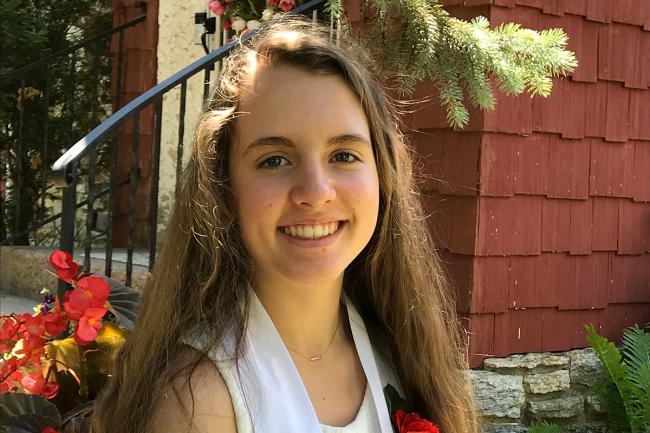 This is a guest blog post from Holly Swiglo, an Environmental Stewardship Institute fellow this summer. Holly's research looks at the reasons for biodiversity loss in the Twin Cities and gives solutions for city planners and individuals with environmental justice in mind. She offers Bridal Veil Open Space in Minneapolis as an example of restored biodiversity in an urban area. (Note: Opinions expressed in ESI projects are those of the program participant and do not necessarily represent those of FMR.)

I researched biodiversity loss in urban areas and used a slideshow format to display the information. You can see the full slideshow here. 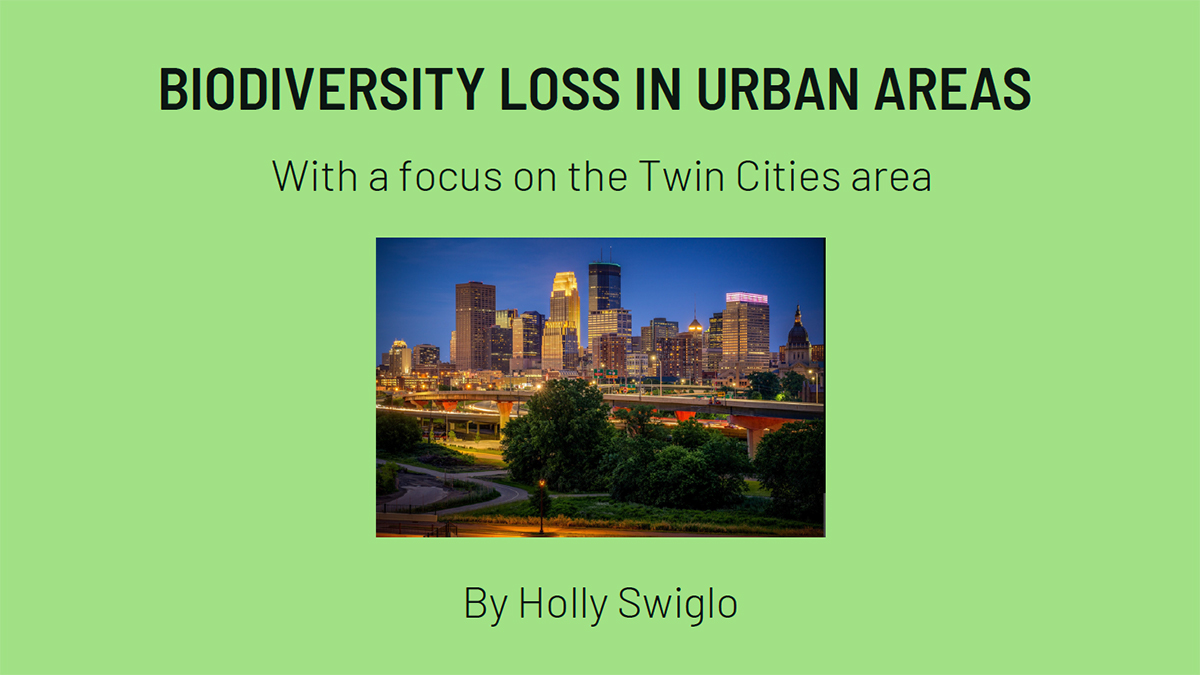 My project is not meant to be a presentation; instead, it's designed to be a more visually appealing and organized way to share the same information that could be found in an article. My hope is that this format will make the information more engaging and easier to comprehend.

Why I chose this project

I chose this project because I love learning about biodiversity and urbanization and want to spread awareness on biodiversity loss.

Many scientists agree that biodiversity loss is even more of a threat to the future of humanity than climate change and other environmental issues are, but yet it is not talked about nearly as much.

I focused on urban areas because I knew it was something that people could relate to, since the majority of the world’s population lives in cities. I chose to focus specifically on the Twin Cities because I have lived in Saint Paul for most of my life and thus am more aware of biodiversity issues in the Twin Cities than in other areas. I also knew that most of the people viewing my project would also be from the Twin Cities area.

I love the Twin Cities and wanted to do my part to help conserve the biodiversity of our beautiful community.

Despite the severe challenges that wildlife in urban areas face, urban areas can be surprisingly biodiverse, and nature can be incredibly resilient when it comes to conserving biodiversity. Even though it may seem overwhelming and hopeless at times, humanity most definitely has the power to increase the biodiversity of urban areas and the rest of the world.

FMR's Environmental Stewardship Institute (ESI) fosters a diverse next generation of environmental leaders through an immersive program of local river issues and professional development that supports an interdisciplinary exploration of the environmental field.

ESI provides a paid job experience and foundational learning to a group of students, our ESI fellows, curious about environmental career paths. Upon completing the program, fellows are more prepared for continued schooling in environmental subjects and have work experience to lean on for future job opportunities across a variety of disciplines in the environmental field.

Check out other projects from 2021 ESI fellows.