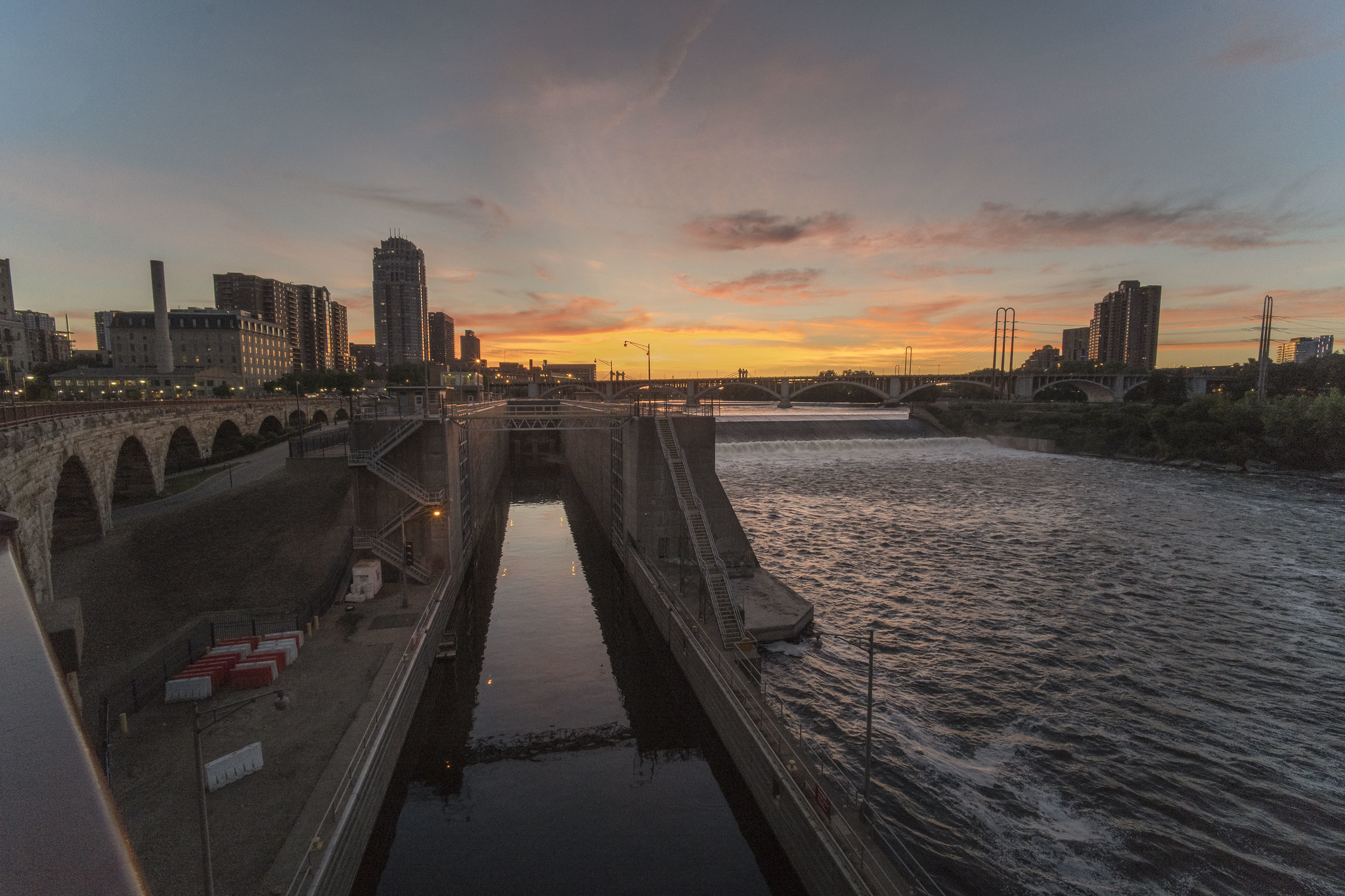 Ever since it closed to navigation in 2015, the future of the Upper St. Anthony Falls lock in downtown Minneapolis has been in question. Full removal is not on the table. But the saga has been filled with as many twists and turns as the river itself, and recent happenings are no exception.

In the past few weeks, the U.S. Army Corps of Engineers and Congress have issued dueling plans for the lock's future.  While there is widespread local support for the ultimate outcome, we hope that the Army Corps will adhere to Congress' intent to help create a new public space and better river access in the heart of downtown Minneapolis.

Local stakeholders including FMR, other environmental and community groups, and elected leaders share a desire to make more of the area around the lock and dam more accessible to the public. Improved water access, a visitor center and an increased National Park Service presence would better connect people to the Mississippi River.

The site could also offer an important opportunity to represent and teach about the significant relationship between Native Americans (particularly the Dakota) and the St. Anthony Falls area (which the Dakota call Owámniyomni).

There is general agreement that the best way to start this process would be to have the Army Corps continue to own and operate the lock itself while turning over much of the surrounding land to the city or another public or nonprofit entity for redevelopment. The idea has secured strong local support.

Friends of the Falls, in partnership with the Native American Community Development Institute, is carrying out a community engagement process to create a more detailed plan for the site.

Army Corps tries to give away lock

In mid-December, the Army Corps released the long-awaited Upper St. Anthony Falls Lock and Dam disposition study to determine who should own the lock. Despite public consensus around the vision for the lock, the Army Corps' preferred option was to completely end its ownership and operation of the Upper St. Anthony Falls lock. They proposed turning the entire property over to an unidentified new owner. (The dam that's connected to the lock is owned by Xcel Energy and was not included in the study.)

FMR disagreed with the Army Corps' position. I spoke with The Villager about why it's so important for the Army Corps to continue its role in operating the lock. There's no other known entity suited for or interested in owning, maintaining and operating the lock in a way that serves the public interest and improves public access.

And while the Upper St. Anthony Falls lock no longer has a navigational purpose, the lock is still needed to manage floods and ensure consistent water levels for the water supply intakes upstream of the lock that serve Minneapolis, St. Paul, several suburbs, and the Minneapolis-St. Paul international airport. If the lock ever fails, the consequences could be catastrophic.

However, just days after the disposition study was released, Congress passed the Water Resources Development Act of 2020 (WRDA). The bill was signed into law on December 27. In the bill, Congress directed the Army Corps to pursue "partial disposal" of the lock. We hope that the Army Corps will follow this order in a timely manner.

Partial disposal would keep the Army Corps in charge of owning, maintaining and operating the lock for the purposes of flood and water supply management. Some parts of the property, including the land surrounding the lock and some parts of the lock structure, would be given to the city to develop into public space.

In response to this Congressional direction, which was led by local members of Congress, the Army Corps will be revising its disposition study. They should release their revised study in the coming weeks, and a public comment period will open at that time. We hope to see the Army Corps act quickly on Congress' direction to keep the redevelopment project moving forward.

This is just the first of multiple studies about the future of the Mississippi River locks and dams through the Twin Cities.

The next two locks downstream, Lower St. Anthony Falls and Lock and Dam Number 1 ("Ford Dam"), will undergo a similar Army Corps disposition study process in the next two years — and this time, full dam removal will be one of the options on the table. (Read more about our stance on lock and dam removal.)

We'll notify our River Guardians when you can share your feedback with the Army Corps about transferring partial ownership of the Upper St. Anthony Falls lock to the city in a timely manner. (Not a River Guardian? Sign up now!) We'll also include an update in the next Mississippi Messages.