River drawdown offers a look back in time... and a glimpse of the future? | Friends of the Mississippi River
Skip to main content

River drawdown offers a look back in time... and a glimpse of the future? 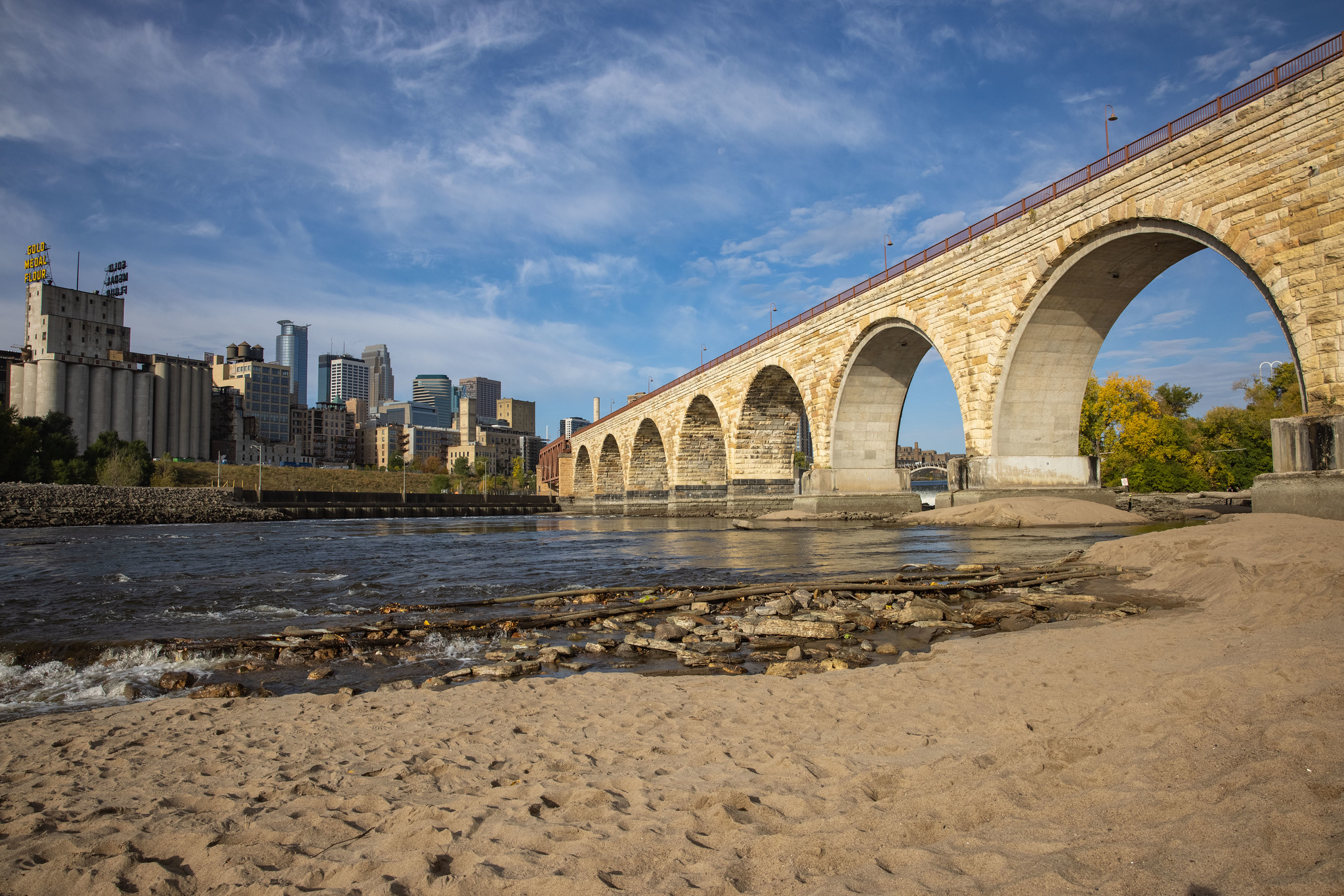 The drawdown in early October near St. Anthony Falls showed us what the river might be like with less-controlled water levels.

Most of the time, it's tough to envision what the Mississippi River looked like before it was altered to support commercial navigation and industry. The downtown Minneapolis riverfront, in particular, has been heavily engineered through the construction of two locks and dams and the stabilization of St. Anthony Falls.

But every once in a while, we're offered a glimpse of what the river would look like if it were allowed to flow more naturally.

This week, the Mississippi River in downtown Minneapolis had its first "drawdown" since 2008. The U.S. Army Corps of Engineers lowered the river level by 12 feet in the pool between the Upper and Lower St. Anthony Falls locks and dams for an infrastructure inspection.

For these few days, people flocked to the riverfront to enjoy the rare views, hunt for treasure in the river's exposed bottoms, and stand underneath the mighty Stone Arch Bridge.

A vision for the future?

In the coming years, the Army Corps will begin studying whether some of the Twin Cities' locks and dams (Lower St. Anthony Falls and Lock and Dam No. 1/"Ford Dam") should be removed to allow the river to flow more freely.

It's a complex question that will require careful consideration. (Read FMR's position on lock and dam removal.)

This drawdown gave us a rare glimpse of what a less-encumbered Mississippi might look like if locks and dams are removed. Check out the aerial drone footage from Mike Durenberger of Wavescribe Productions.

And enjoy some photos our staff took of the area. 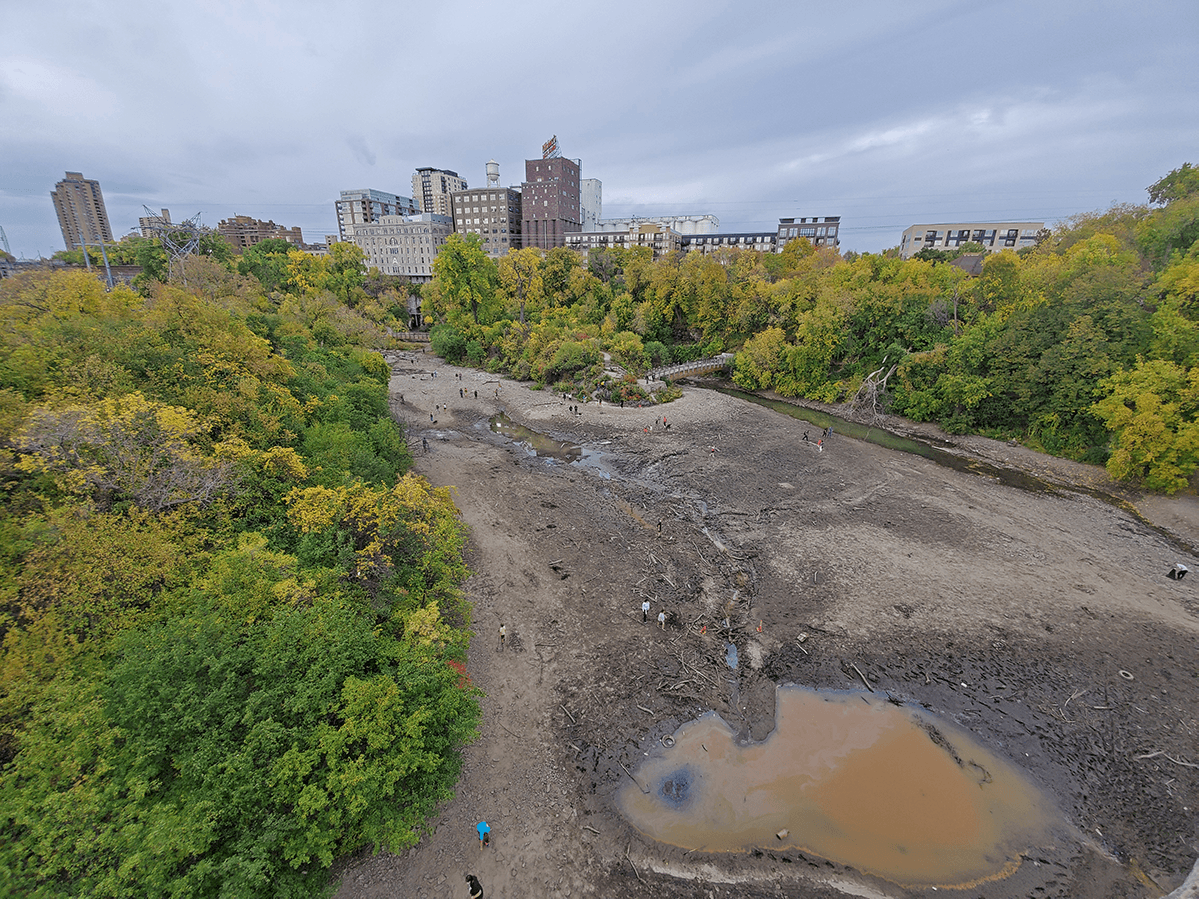 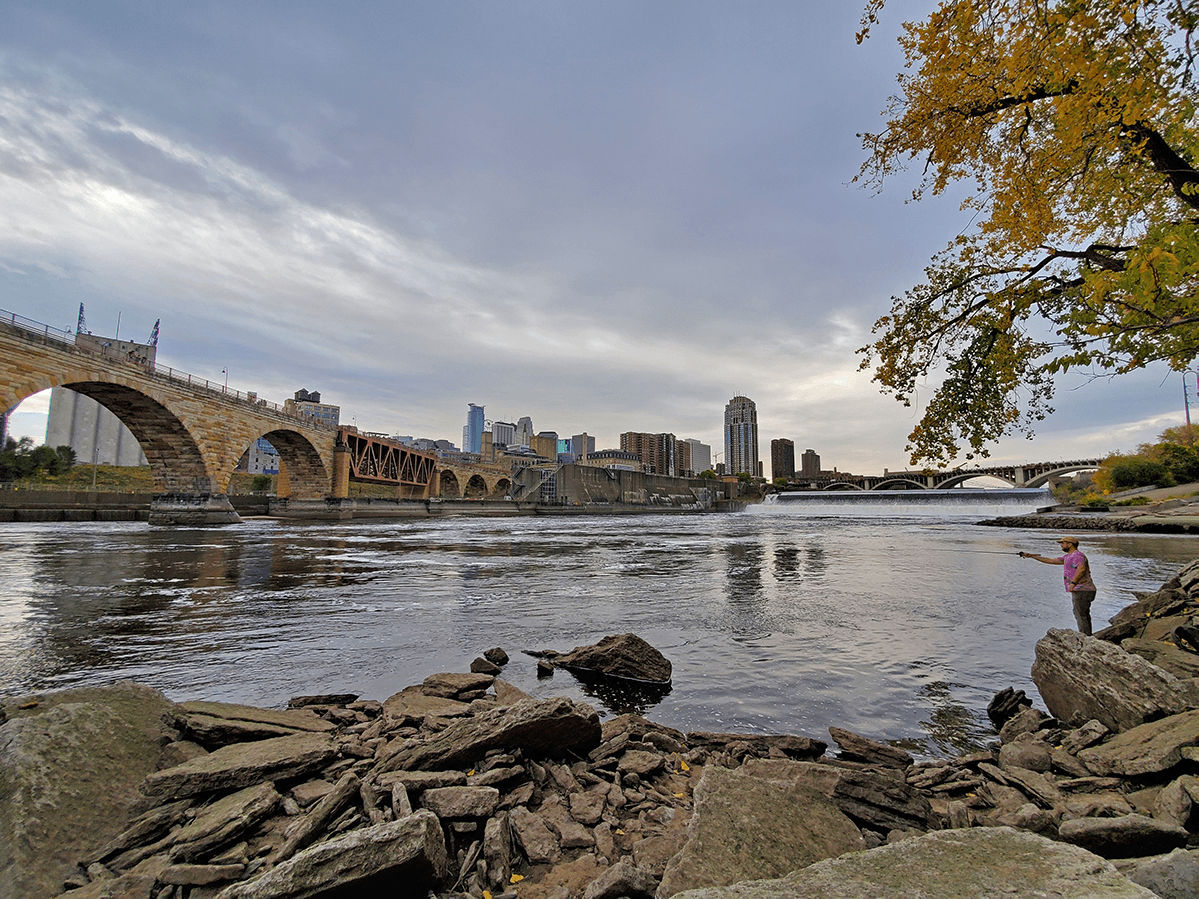 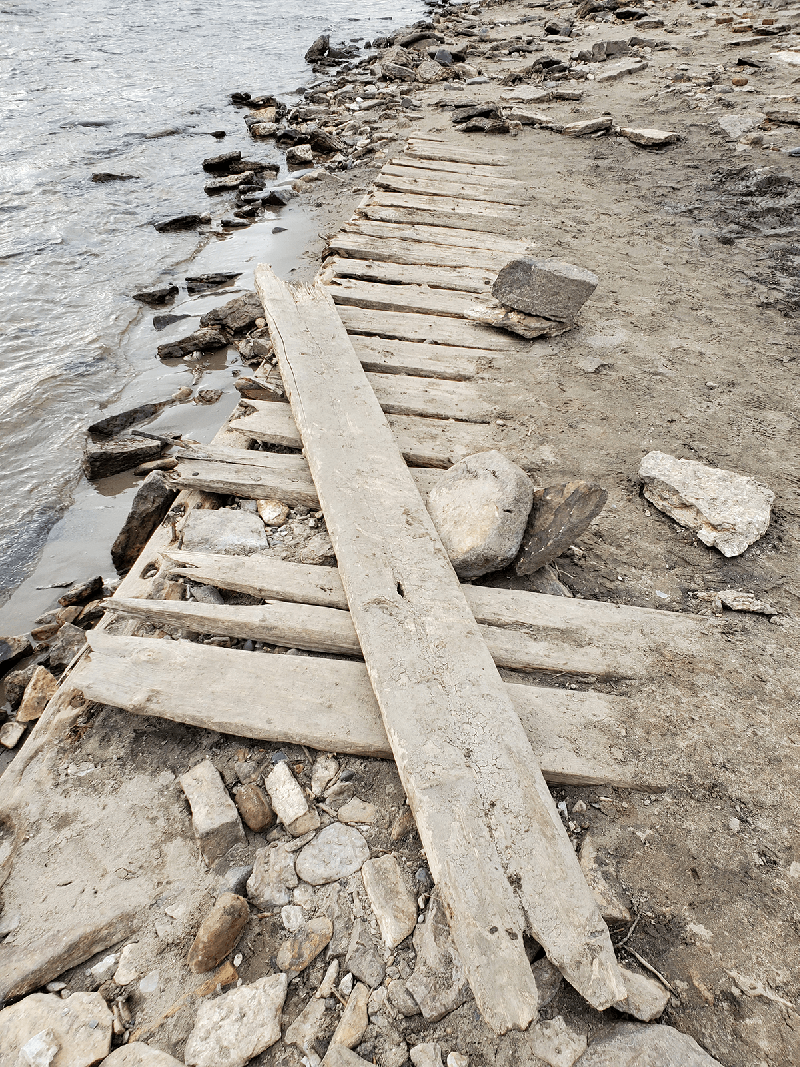 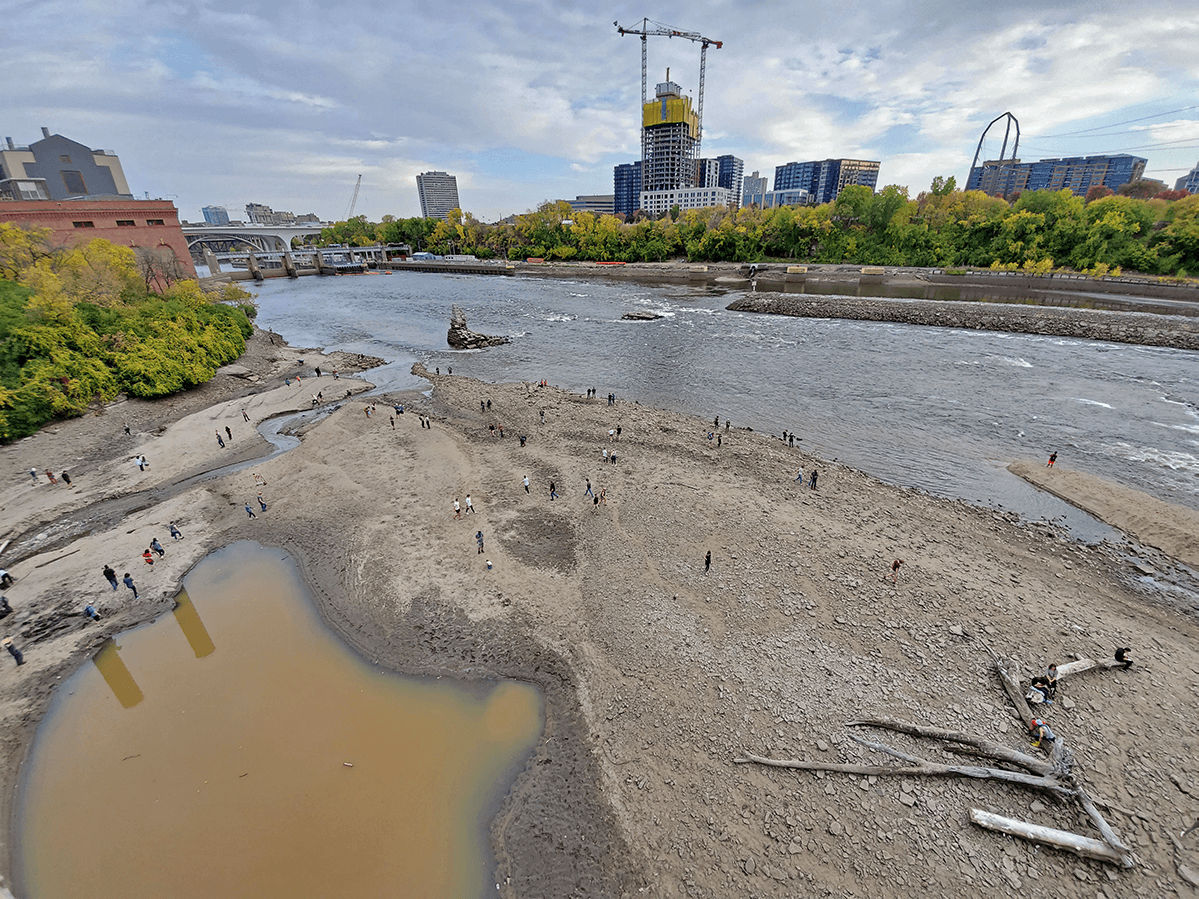 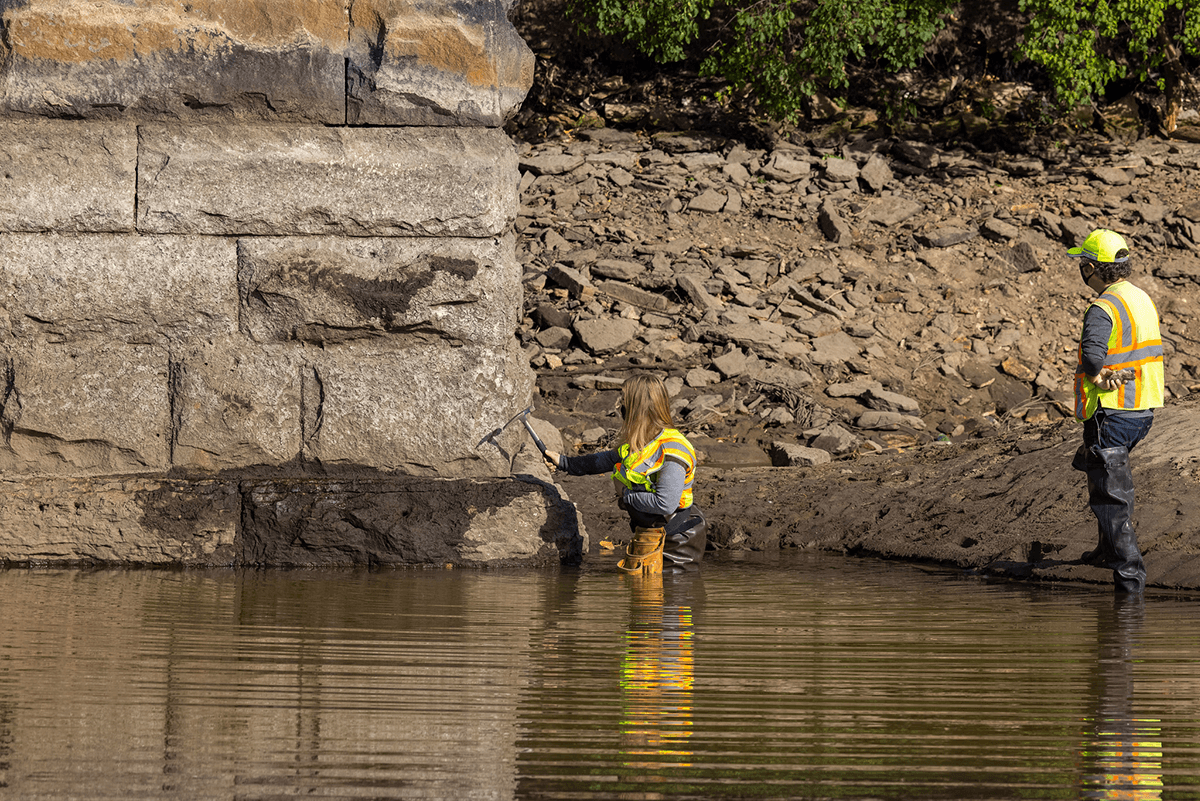