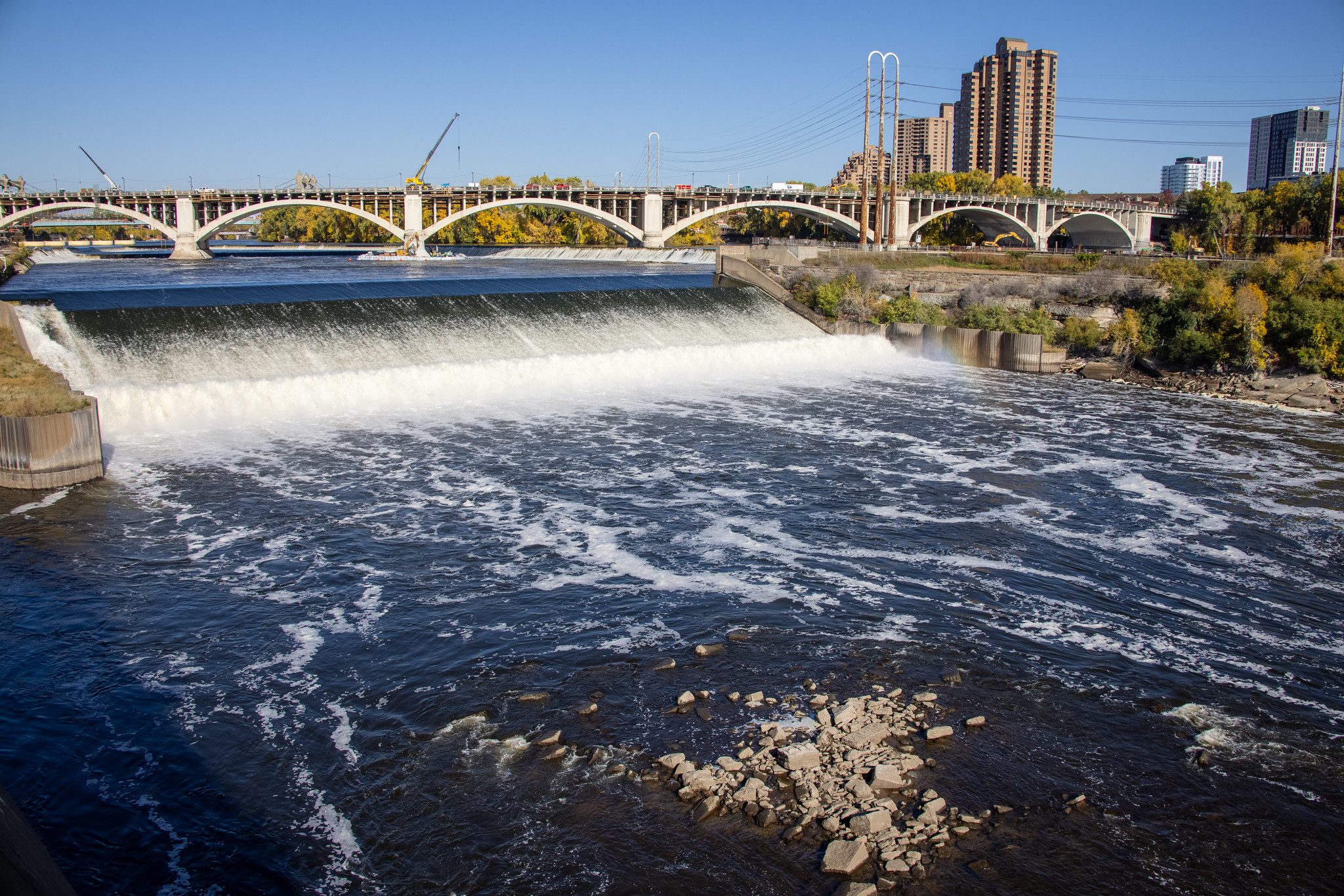 Many of us have seen St. Anthony Falls, but few know about the important underground cutoff wall sitting just upstream of it. The wall is between the main falls and the Third Avenue bridge. (Photo by Tom Reiter)

When the Army Corps of Engineers built an underwater concrete wall just upstream of St. Anthony Falls, the structure had one primary purpose: Hold up the falls to prevent another collapse of the riverbed, a potentially catastrophic outcome for the city.

That was in the 1870s. The cutoff wall is still in place today, supporting the iconic falls and safeguarding vital water levels.

Worryingly, nobody knows what condition the wall is in. We’re not sure when it was last maintained or even inspected. And it’s unclear who or what agency is responsible for ensuring it’s not on the verge of failure.

The history of the cutoff wall

The cutoff wall is the result of a failed attempt to tunnel through the Mississippi River’s fragile bottom. It was in the fall of 1869, a year into the project, that this in-progress tunnel collapsed, creating a swirling whirlpool in the middle of downtown Minneapolis.

This prompted the U.S. Army Corps of Engineers to step in and stabilize the riverbed.

Many of us have seen the concrete apron that St. Anthony Falls now runs over, which was designed to prevent further erosion and collapse of the riverbed.

What isn’t visible is the cutoff wall located just upstream, which starts at the river bottom and plunges 40 feet underground. Built with concrete, the structure is 1,850 feet long and as much as 6 feet thick.

If this cutoff wall did not exist, the river's rushing water would erode the last few remaining feet of the limestone river bottom there — causing the falls to once again collapse.

What would happen if the falls collapsed?

The consequences of a cutoff wall failure and falls collapse would be dramatic.

Upstream water levels could drop too low to supply crucial water supply intakes that serve Minneapolis, St. Paul and several suburbs. The water supply for 1 million Twin Cities residents, hospitals, schools and even fire hydrants could dry up within a few days.

The river bottom's collapse would also threaten roads and bridges, including the Third Avenue bridge, which sits just upstream of the falls near the edge of the limestone layer. Should the structures holding up the falls fail, the collapsing falls would erode away these last feet of limestone.

The cutoff wall underneath St. Anthony Falls is a critical piece of infrastructure. You wouldn't know it by how the wall is inspected and maintained.

That’s because it's not inspected and maintained. At all.

A wall without an owner

No one knows who owns the cutoff wall. No party, including the Army Corps (which constructed it in 1876), will take responsibility. It's also not clear when in the wall’s nearly 150-year history it was last inspected or maintained, despite signs this type of work might be needed.

Within a year of initial construction, the river began breaching small portions of the cutoff wall. This may still be occurring today. Many geologists who have reviewed the area's geology and history have told us that it's very possible — perhaps even likely — that the river’s water is currently carving its way over, under, and through the cutoff wall, destabilizing the structure.

Climate change only increases the risk. An extreme flood event could put unique pressure on river infrastructure and increase the odds of failure.

An inspection is long overdue

FMR and our partners have been raising the alarm about this problem since it was uncovered. That includes board member John Anfinson, who has led this work and conducted many hours of research and outreach in an attempt to untangle the issue.

So far, no party or government agency accepts responsibility for owning or maintaining the wall, though many agree with us that continuing to ignore it could be dangerous.

We need our government partners to lead in determining the wall's ownership, assessing its condition, creating an emergency action plan to guide response to a collapse and setting out a long-term inspection and maintenance plan.

We hope legislators will agree to fund a study of the wall's condition, the surrounding geology and hydrology, and what the public safety and infrastructure impacts could be should St. Anthony Falls collapse.

FMR and our partners are working to secure funding for this study. This would be an important step in building momentum and urgency for resolving the wall's ownership questions and ushering in any required maintenance and ongoing monitoring.

The Star Tribune has written a clear, thorough overview of the cutoff wall problem, complete with diagrams and extensive interviews with John Anfinson and others. If you're curious to learn more about the cutoff wall, we highly recommend diving into this article and checking out the TPT Almanac interview with reporter Eric Roper.