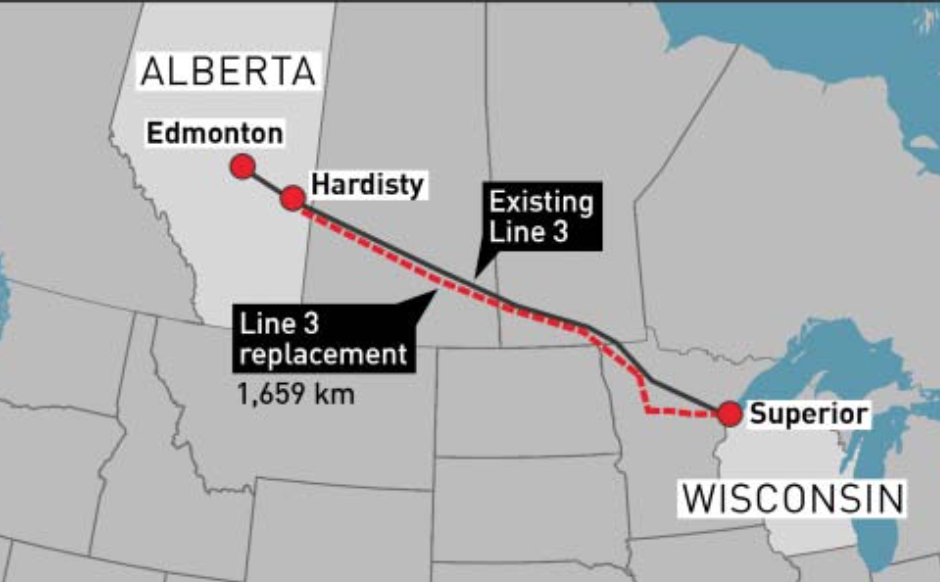 UPDATE: As reported by the Star Tribune, Gov. Mark Dayton said he would veto any legislation that cuts the Public Utilities Commission out of the process!

In one of the more controversial moves of the legislative session, a key House committee is considering a bill granting immediate approval of the Enbridge Energy Line 3 project.

The bill, HF 3759 (Fabian – R), would terminate the Public Utilities Commission’s ongoing review and permit process for the proposed pipeline, and immediately grant the Canadian multinational energy transportation company full authority to build the pipeline on the company’s chosen route without further regulatory approvals from the state.

While FMR does not work on pipeline projects directly, we are concerned about a bill that would short-circuit an ongoing public review process that has included tens of thousands of public comments and hundreds of hours of expert testimony from both Enbridge Energy and intervening parties.

Dismissing an established regulatory review process and replacing it with a politically-motivated legislative overwrite ignores the concerns of communities, landowners, industries, and First Nations along the proposed route. It would likewise ignore the state’s own Commerce Department, which concluded that the project isn’t needed and won’t benefit Minnesota.

While serious questions remain about the need for the pipeline, its environmental and social justice implications and Enbridge Energy’s questionable plans to leave the old corroding pipe in the ground, those issues are beyond FMR’s area of expertise.

However, we remain deeply concerned that the proposed legislative intervention in an established public review and permitting process disrespects the views of all Minnesotans while granting special privileges to a single foreign-owned corporation unaccountable to the people of Minnesota.

We urge FMR supporters to reach out to their legislators and ask them to vote no on HF 3759 & SF 3510 (Ozmek — R) and allow the Public Utilities Commission process to run its course.