Whose view? From where? — April 2015 | Friends of the Mississippi River
Skip to main content 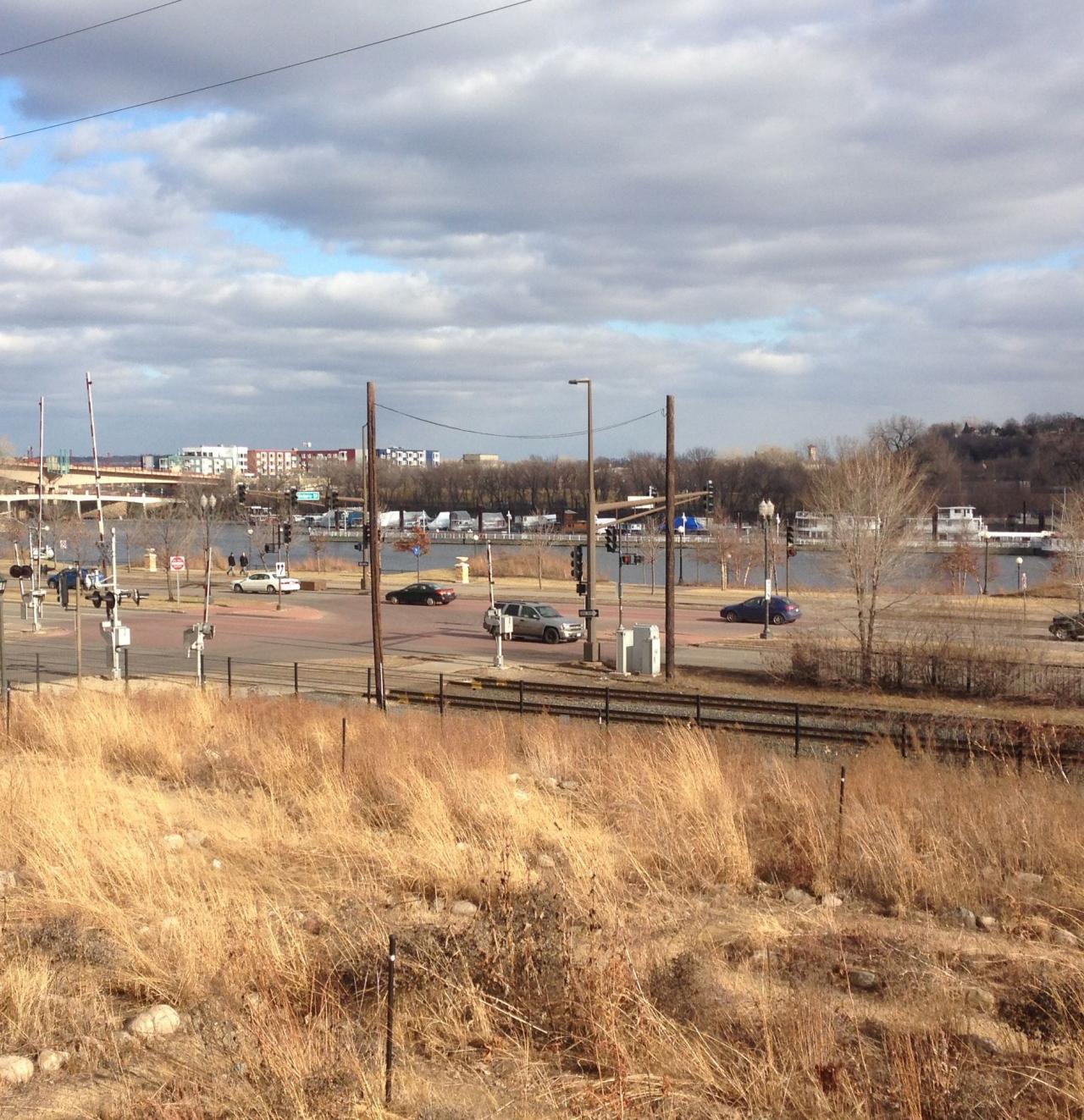 Last month’s view, taken from the Science Museum of Minnesota, received several correct responses. These responses also included some interesting comments, demonstrating that one view can inspire many viewpoints! Here is a sampling:

“This is the view across Shepard Road and Eagle Parkway intersection towards the new Harriet Island Park, It shows the St. Paul Yacht Club and the Riverboats that provide public rides on the Mississippi.”
-- Jim Fitzpatrick, the Old St. Croix River Rat

“This month's photo of the river was taken at the corner of Shepard Road and Eagle Parkway in St Paul. I have traveled along this route many times by car and by bike, often to the Science Museum, which also has a great view of this part of the river. I like this area of the Mississippi because it brings together many of the notions the river has for us: a scenic and natural resource, a recreational space and a commercial route for barges and other traffic. A beautiful, working river that is fun to be on or near!”
-- Jonathan Riehle

“The photo is shot from the Science Museum of Minnesota's Big Back Yard, looking at the intersection of Ontario St. and Shepard Rd. In the foreground are the Canadian Pacific tracks that Amtrak's Empire Builder uses on its way to or from the Union Depot.

Across the Mississippi is Harriet Island Regional Park, with the Covington Inn Bed & Breakfast (obscured by the tree) on the right and the St. Paul Yacht Club's Lower Harbor in the center.

On the left edge is the bridge to Raspberry Island with the Wabasha Street Bridge towering over it.”
-- David Inman

“I believe this is the intersection of Warner (Shepard) Road and Chestnut Street. I have been held up there by passing trains that are almost a mile long. So dangerous to be hauling crude oil with a neighborhood close by, and also right along our precious Mississippi River. There has to be a better route -- or a better way found to transport the oil.”
-- Dot Drake