Whose view? From where? — March 2016 | Friends of the Mississippi River
Skip to main content 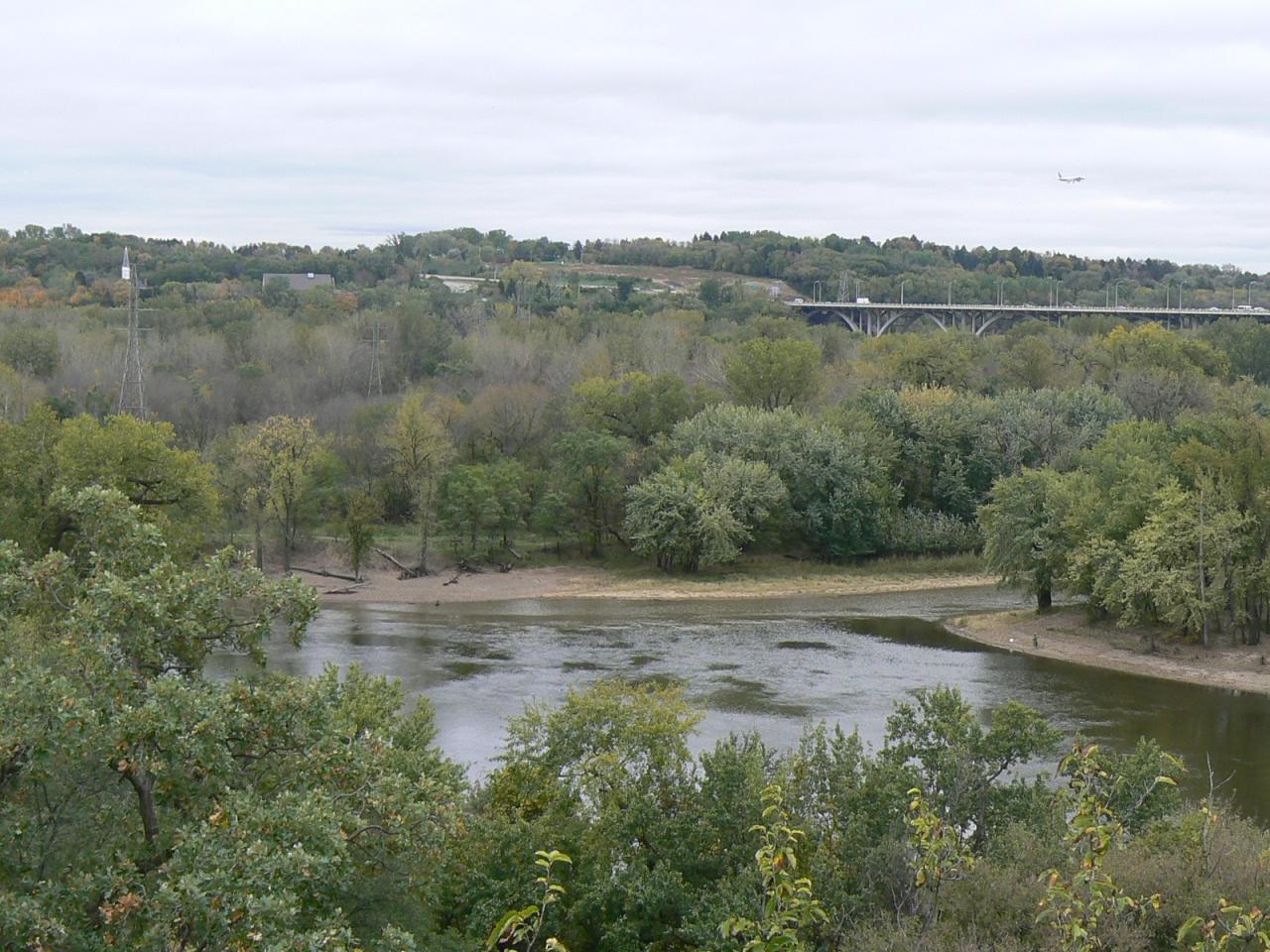 March’s view is one of the best-known spots along the Twin Cities’ stretch of the Mississippi River. As such, it generated more than 10 correct responses! Here's a sampling:

“I would say the view is of the confluence of the Minnesota and Mississippi rivers with the Mendota Bridge, but perhaps more significantly, the Pilot Knob Preservation Site and nearby Acacia Park Cemetery in the background. The view hasn't changed much in the 65 years since we as kids rode our bikes everywhere we could. The vantage point appears to be looking southeast from Crosby Farm Road.” — Ron Middlestaedt

“That is the west end of Pike Island in Fort Snelling State Park. You can see historic St. Peter’s Church, Pilot Knob, and the Mendota Bridge in the background and an airplane in the sky heading toward the airport. The picture is taken from the northwest. Pike Island is a great place to take a walk right in the heart of the Twin Cities.” — Tom Schuster

“I believe the river scene is the confluence of the Minnesota and Mississippi Rivers at Pike Island in Fort Snelling State Park. Historic Fort Snelling can be seen on the top of the bluff, and the Highway 5 Bridge can be seen in the far background, there's even a plane departing in the sky from MSP airport. As the confluence of the two rivers, this had been a historic Minnesota site for hundreds of years. A meeting and ceremonial spot for native people, a significant military location as Europeans moved westward, and now a site of natural preservation to enjoy today and for future generations.” — David Schmidt