Whose view? From where? — July 2016 | Friends of the Mississippi River
Skip to main content 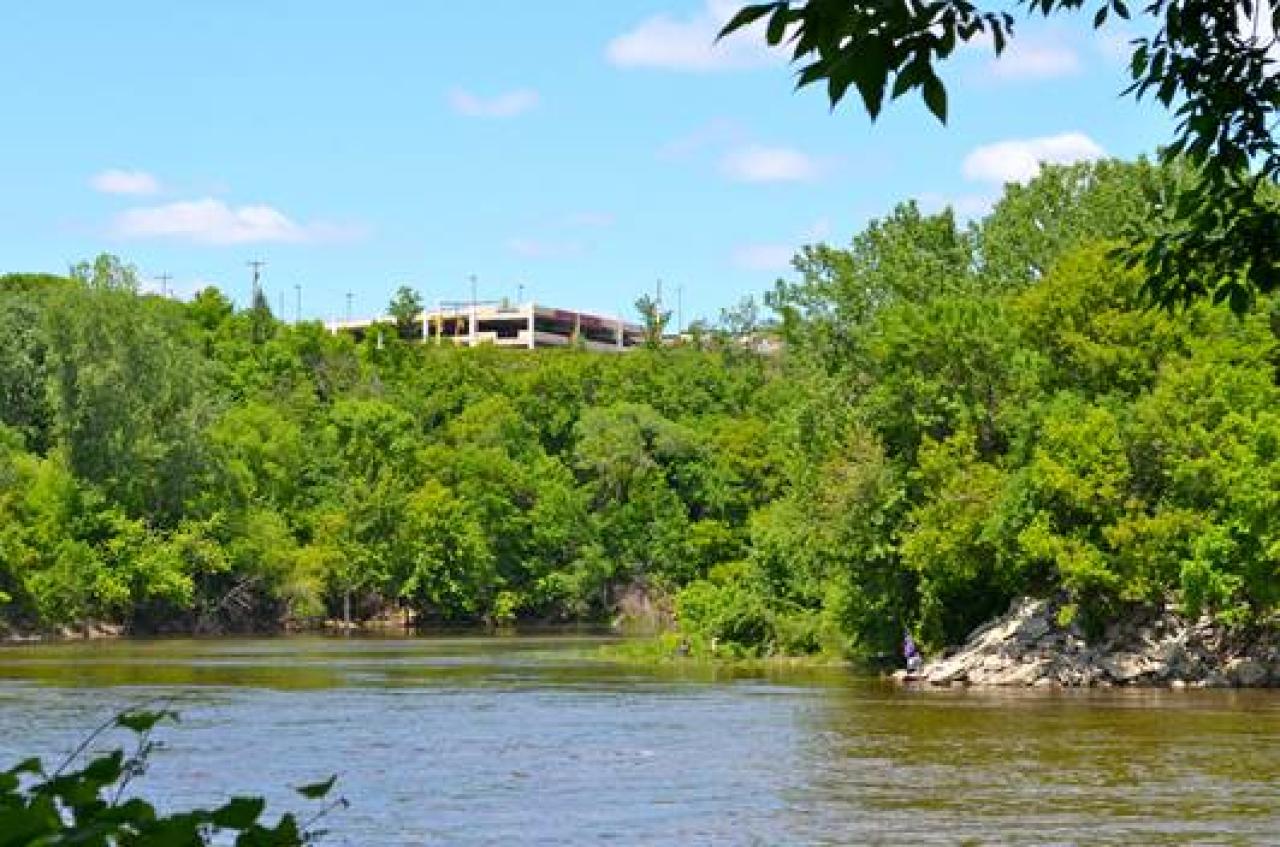 David Schmidt correctly identified this month's view, writing that the photo was taken in St. Paul "along the river near Shepard Road. It looks like the parking ramp near the old Univac office complex where Shepard meets Highway 5."

The photo of this site, which was most recently occupied by U.S. Bank, was taken from Pike Island at Fort Snelling State Park. It shows a 44-foot tall airport parking structure that is clearly visible from the river.

In spring 2016, after a great deal of organizing by FMR and partner groups, the City of St. Paul denied a requested zone variance to build luxury condos at a height of 73.5 foot at this location, ultimately approving a height of 60 feet instead.

If you'd like to be involved when similar matters arise, sign up to be a River Protector and let us know you're interested in city and local issues.