Whose view? From where? — August 2016 | Friends of the Mississippi River
Skip to main content 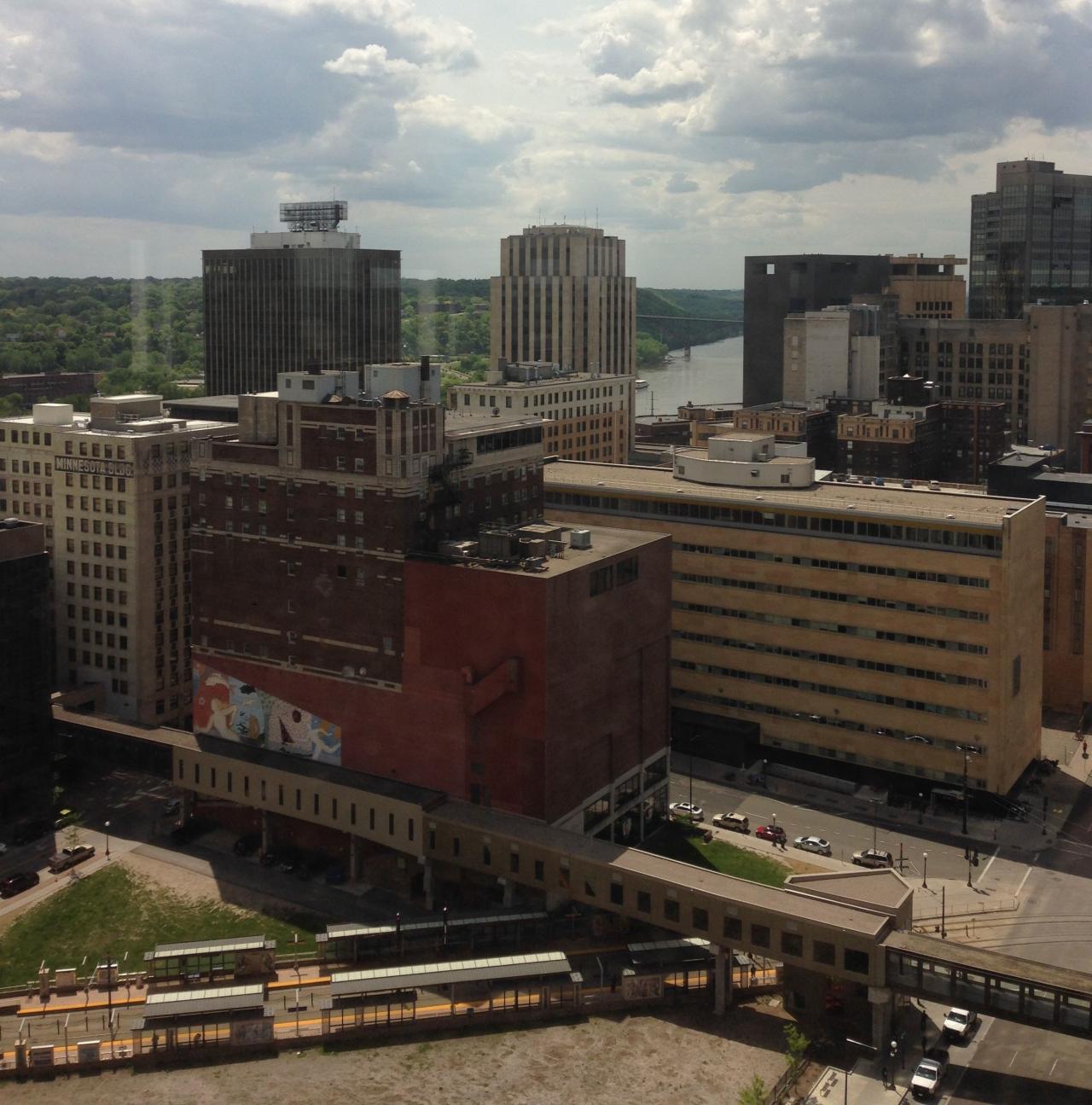 We received several correct answers to this month's photo, which captures a slice of the Mississippi River and High Bridge viewed from FMR's new office in downtown St. Paul.

David Schmidt gave a great, detailed answer regarding the view itself: "This is a view of downtown St. Paul where the light rail crosses the empty lot between 4th and 5th streets and Cedar and Minnesota streets. The old Twin Cities Marathon mural can be seen on the building in the foreground obscured by the skyway bridge. In the background you can see the Mississippi River looking upstream near Harriet Island."

Lucy Thompson spoke to "from where," writing: "It looks like the view from your new offices!"

And Paula Neuman-Scott pulled it all together: "This view looks out from your new digs on the 20th floor of the U.S. Bank Center. The light rail on Cedar Street can be seen, as well as the Mississippi River in the background."