Mpls. Park Board & Graco near settlement over East Bank Trail | Friends of the Mississippi River
Skip to main content

Mpls. Park Board & Graco near settlement over East Bank Trail 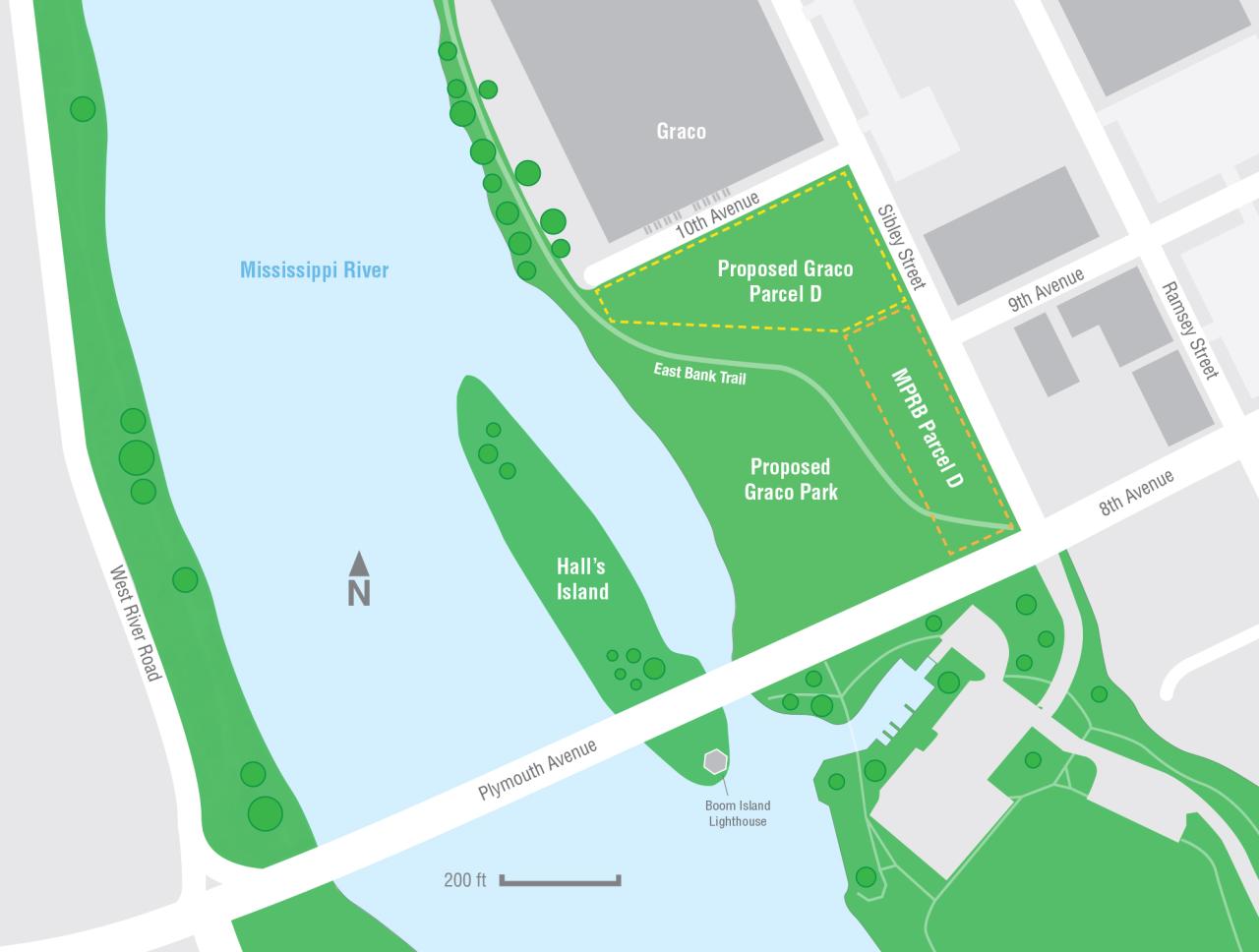 Pictured is the piece of park board-owned land that Graco may be allowed to purchase. This is part of a pending settlement between Graco and the park board over East Bank Trail land. Source: Minneapolis Park Board

The Minneapolis Park and Recreation Board (MPRB) and Graco Inc., a Minneapolis manufacturing company, are nearing a settlement over a long-simmering conflict and lawsuit regarding the East Bank Trail between Graco's headquarters and the Mississippi River.

The settlement includes benefits for both entities. Graco will be allowed to purchase 2.2 acres of MPRB parkland adjacent to their facility. The land is part of the former Scherer Brothers lumberyard site across from Hall's Island in Northeast Minneapolis, which the park board purchased in 2010.

In exchange for the opportunity to buy this parcel, Graco will provide park development funds to the park board. These funds, expected to be approximately $5 million, will result in "Graco Park" opening years sooner than would have otherwise been feasible. Graco will also drop their lawsuit over the trail easement for the East Bank Trail that currently runs between their facility and the river.

The park board will likely vote on this agreement at their meeting on October 17.

In general, FMR believes the riverfront should be publicly owned, and we’re disappointed to see 2.2 acres of public parkland in the Above the Falls area revert to private ownership and eventual private development. Graco has not made public any plans for developing the parcel and that will not likely happen until after the park is fully developed.

To take action on redevelopment issues, become a River Guardian. And to stay in the loop about FMR habitat restoration and park enhancement events in North and Northeast Minneapolis, become an Above the Falls Steward.