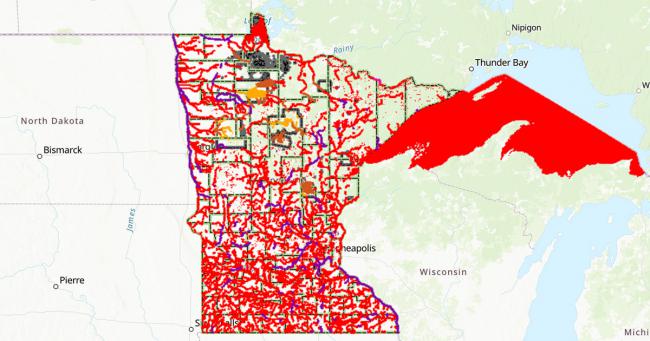 In the Land of 10,000 Lakes, FMR believes that all Minnesotans deserve access to safe, clean and healthy rivers, lakes and streams. But how do we know when our waters are healthy?

As the federal Clean Water Act requires, the Minnesota Pollution Control Agency creates a list of impaired waters — those that fail to meet water quality standards — every two years. The listings are based on intensive water monitoring of major lakes and streams in Minnesota's 80 watersheds.

Some common impairments include mercury in fish tissue, excess nutrients (including cropland fertilizers), sediment, bacteria and unhealthy conditions for fish and other aquatic life. The state is also adding additional waters to this list for PFOS (perfluorooctane sulfonic acid), part of a family of humanmade chemicals known as PFAS. As reported by Minnesota Public Radio, that designation now applies to some lakes outside the Twin Cities metro area, including lakes near Duluth and Alexandria.

This updated list also includes dozens of water bodies that have too much sulfate, a pollutant that has the potential to threaten wild rice production downstream of mining operations.

While the Mississippi River through the Twin Cities has no new impairments in this draft, some of its tributaries and surrounding waters do. The Vermillion River, a major tributary in Dakota County, will now be listed as impaired for Total Suspended Solids, or sediments — a major issue for habitat and drinking water.

But it's not all bad news; some lakes and rivers will be taken off the impaired waters list this year, showing that policy and restoration efforts can reverse worrying pollution trends.

View an interactive map of the state's impaired waters.

FMR's Water program is working with partners across the state to address many water pollution and public health issues, including restoring each and every one of Minnesota's impaired bodies of water.

Sign up as a River Guardian, and we'll email you when there's a chance to act quickly online for the river. Plus you'll be invited to special events like educational happy hours.