Strommen says 'no' to shipping Dakota County groundwater to Colorado 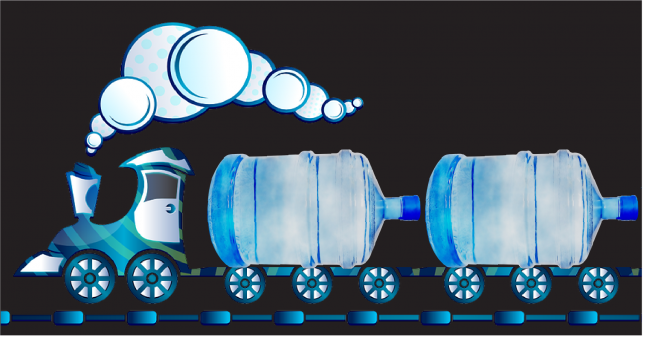 As reported by the Star Tribune, Dakota County and state agency staff are reviewing a concerning proposal: Progressive Rail wants to extract 500 million gallons of water per year from a unique Dakota County aquifer to be shipped via “Water Train” to Colorado for use in irrigation.

But just as troubling as this proposal is, we're just as grateful for the leadership of Sarah Strommen, the Minnesota Department of Natural Resources Commissioner Sarah Strommen and a former FMR board member, who essentially halted the projects (dare we say) in its tracks.

Today (November 1) the DNR issued a statement that they are notifying the company that they see "virtually no scenario where the DNR would grant a water appropriation permit for the project, as it does not appear it could meet applicable statutory requirements, including significant restrictions on use of the Mt. Simon aquifer."

This is great news. And it's also a great opportunity to explain a little bit more about the need to preserve this and other Minnesota groundwater sources.

According to the Metropolitan Council forecasts, hundreds of thousands of people are moving to our metro region over time. (Their projections called for over 824,000 new residents between 2010 and 2040.)

The proposal includes a pair of wells that would pump up to 500 million gallons of water per year, more than double the amount of water being pumped in the area today.

Extracting this much water (about 6,000 gallons per minute) poses a real risk to aquifer levels in the area.

The wells in Randoph (near Lake Byllesby) could have the largest impact on the approximately 140 private drinking water wells with a two-mile radius of the property.

This risk is two-fold:

The prospect of a for-profit company mining our groundwater for sale out of state is deeply troubling, especially considering that such activities could leave public and private wells high and dry here at home.

The proposals aims to draw the water from the Mt. Simon-Hinkley aquifer, which is our deepest and oldest source of groundwater. In fact, Minnesota has special protections under state water use statute to protect this unique water resource:
“103G.271, Subd.4a. Mt. Simon-Hinckley aquifer: (a) The commissioner may not issue new water-use permits that will appropriate water from the Mt. Simon-Hinckley aquifer in a metropolitan county…unless the appropriation is for potable water use, there are no feasible or practical alternatives to this source, and a water conservation plan is incorporated with the permit.”

As the proposed project is designed to supply water for agricultural irrigation use and there are likely feasible alternatives to a Minnesota-based water source, this statute suggests that approving such a permit is unlikely.

While recent history suggests it is possible for a for-profit entity to find a controversial way to unexpectedly win state approval for a risky project, this appears to not be an unlikely option for Progressive Rail given Strommen's clear response.

FMR and our allies will be watching this process closely and will also explore state legislation to prevent out-of-state water exports from rare and threated aquifers like the Mt. Simon-Hinkley.

You can make a difference in state water policy by joining the FMR River Guardians.  When the time is right, we'll send you a link to act online quickly, and we'll also be in touch with invitations to occasional special events like River Guardian happy hours.