Who farms in MN? What the ag census tells us about MN agriculture | Friends of the Mississippi River
Skip to main content

Who farms in MN? What the ag census tells us about MN agriculture 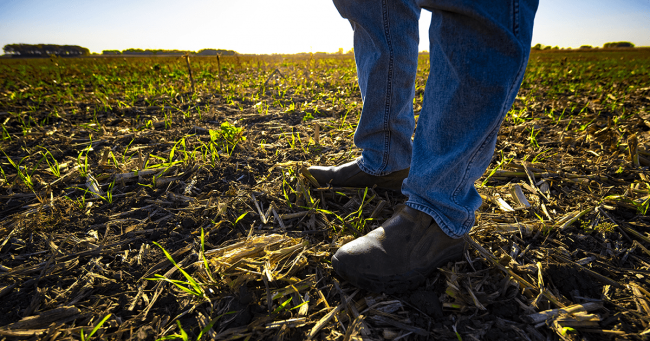 There are just over 2 million farms in the U.S. and 68,000 in Minnesota. Surprisingly few make money, and fewer still are BIPOC-owned and operated. (Photo by Dodd Demas)

The US census made headlines across the nation in April (especially in Minnesota and New York) when census data revealed which states would gain and lose Congressional seats.[i]

But an entirely different kind of census is also worthy of our attention: the Minnesota Agricultural Census. This one tells us about who farms in Minnesota and what kind of farming operations they have.

This information is essential to understanding our clean water challenges because cropland agriculture is by far the largest source of pollution to the Mississippi River and the Gulf of Mexico. Who farms, and the size, scope and methods of Minnesota’s farming operations are vital factors affecting water quality in our state and far downstream.

It also gives us uncommon insights into issues of racial and economic justice.

As we work to transition our croplands toward more water-friendly systems, it’s important to also evaluate the ways in which our modern agricultural economy reinforces systematic inequities that disproportionally impact low-income farmers and people of color — so we don’t repeat the mistakes of the past while pursuing a more sustainable and resilient future.

What the ag census tells us about Minnesota farming

So, who actually farms in Minnesota? How many farms are there? Who owns the land, and what do we grow?

To answer that, we turn to the U.S. Department of Agriculture (USDA)'s National Agricultural Statistics Service Census of Agriculture. This data is a snapshot of farming produced through a nationwide survey conducted every five years that compiles state and national farming data into a single, searchable online resource. Paired with less detailed yearly Minnesota snapshots (most recently from 2020), we get an excellent picture of the overall state of Minnesota farming.

It’s easy to think of U.S. farming as a monolith of massive industrial-scale row crop operators. But the economic reality is far from it: Most farms are quite small and make modest profits, while a small share of farmers controls most of the acreage.

In fact, about a third of Minnesota farms are closer to the “hobby farm” in scale: less than 50 acres and selling less than $2,500 worth of products each year. Just over half of all farms earn less than $25,000 in annual sales, meaning farming is a complementary rather than a primary income stream for those families.

It turns out that fewer than 1 in 3 farm operations rake in more than $100,000 per year. The figures are similar on the national scale. This economic inequity means that relatively few farm operators make most of the money, while the majority of farms generate relatively modest revenues.

Not surprisingly, this inequity carries over into federal subsidies and relief payments to producers when times are tough. Secretary Tom Vilsack noted this spring that the top 10 percent of farmers (by farm revenue) in the country received 60 percent of the value of the COVID-19 relief payments, while the bottom 10 percent received just a quarter of one percent.

What the ag census tells us about farming demographics

It probably comes as a surprise to no one that older, white males dominate the farm sector. The 2017 census includes extensive data on the race and ethnicity of Minnesota farm operations.

Take another look at that last bullet, and consider that overall, 16% of Minnesotans are people of color. Dr. Ricardo Salvador noted at a Minneapolis event in 2019 that agriculture is technically the second-whitest profession in America behind veterinary medicine. However, considering the share of veterinary services devoted to livestock health, it is reasonable to say that the farming sector overall is the least racially diverse in the nation.

And the economic inequities carry over here too. Remember those COVID-19 relief payments? One-tenth of one percent went to black farmers. When asked why USDA Secretary Vilsack answered: “Two reasons. One, you’ve got this systemic racism that basically put these people behind, and they’ve never caught up. This is the beginning of addressing that issue. And second is the gap in the way the COVID relief was distributed."

To put it another way: Americans of color have historically been denied farming opportunities, and our government made questionable choices about how pandemic farm relief payments were distributed.

What this means for FMR’s agriculture and water quality work

At FMR, we envision a clean and healthy river co-existing with a more prosperous, just and equitable agricultural sector.

As we’ve noted many times, getting to clean water means changing what we grow and how we grow it — because there is only so much progress we can make trying to optimize inherently leaky cropping systems.

But this journey is also an opportunity to re-examine the economic and racial inequities inherent in the system.

Today’s farm industry is disproportionally controlled by a relatively small share of producers who reap most of the rewards, making it harder for new farms and smaller operators to succeed and grow. It is likewise a white-dominated system with few opportunities for farmers of color to launch and grow new operations.

As FMR works to promote landscape-scale adoption of more environmentally friendly cropping systems, we’re also working with our allies to help shape the racial and economic justice attributes of these next-generation cropping systems.

In the coming months and years (change won’t happen overnight), this blog will highlight our efforts and the efforts of other stakeholders in the upper Midwest and across the nation to rebalance the agricultural sector toward a more just, equitable and sustainable paradigm.

[i] Minnesota’s eight Congressional seats will be retained, after edging out New York State by just 89 people in the US Census count. As we all know from Minnesota’s sterling voter registration and participation rates: “never try and defeat Minnesota in a paperwork contest.”