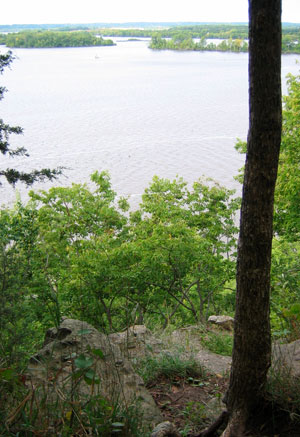 Spring Lake Park in Dakota County is a long park that stretches around the bend of the Mississippi River, encompassing an interesting diversity of high quality natural communities.

Due to the park's place on the river and its importance for migratory and resident birds and other wildlife, FMR became interested in providing management assistance to the county for portions of the park. In particular, Church's Woods was a primary focus for management.

This 68-acre mesic oak forest is considered the highest quality area of the park and is designated by the DNR as a site of outstanding biodiversity significance. It is one of the few places in the metropolitan area to observe Canada yew (Taxus taxus), where it thrives on the north-facing limestone bluffs. While Church's Woods retains a very good diversity and assemblage of native oak forest species, exotic woody species had begun to encroach along the forest edges. 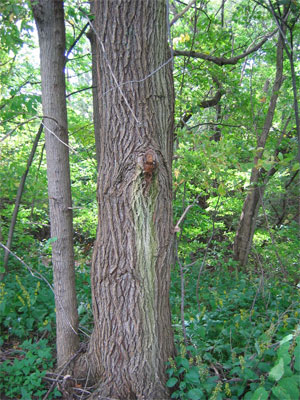 This large Siberian Elm is an example of the exotic invasive species that were removed from Spring Lake Park as part of our natural resources management at the park. October 2005.

Funding from Dakota County Parks and the Metro Conservation Corridors (as recommended by the Legislative Commission on Minnesota Resources from the Minnesota Environment and Natural Resources Trust Fund) enabled FMR to hire contractors who removed an abundance of tartarian honeysuckle and very large Siberian elm trees from both Churchs Woods and along the river bluff to the west. Since the exotic species were not overwhelmingly abundant, the timing for eradication was very good.

After follow-up control of re-sprouts, the project was completed in October 2006 with exotic woody eradication completed on a total of 91 acres. 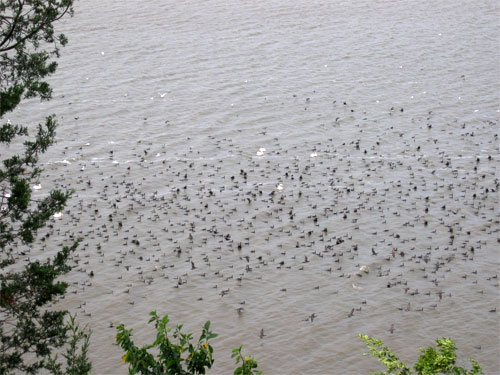 Spring Lake Park provides important feeding and resting habitat for spring and fall migrating birds. This large flock of pelicans and cormorants were leap-frogging  alternating flying and resting  each other as they headed south in October 2005. 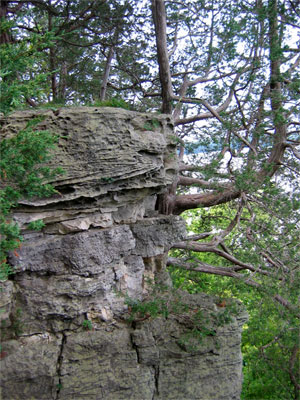 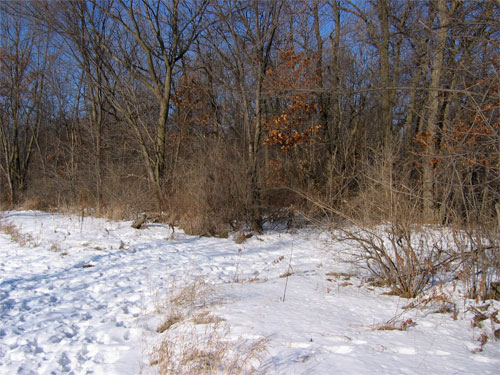 Honeysuckle on the south side of Church's Woods, prior to removal. February 2006.