The green amidst the gray: the distinctive phenology of non-native shrubs 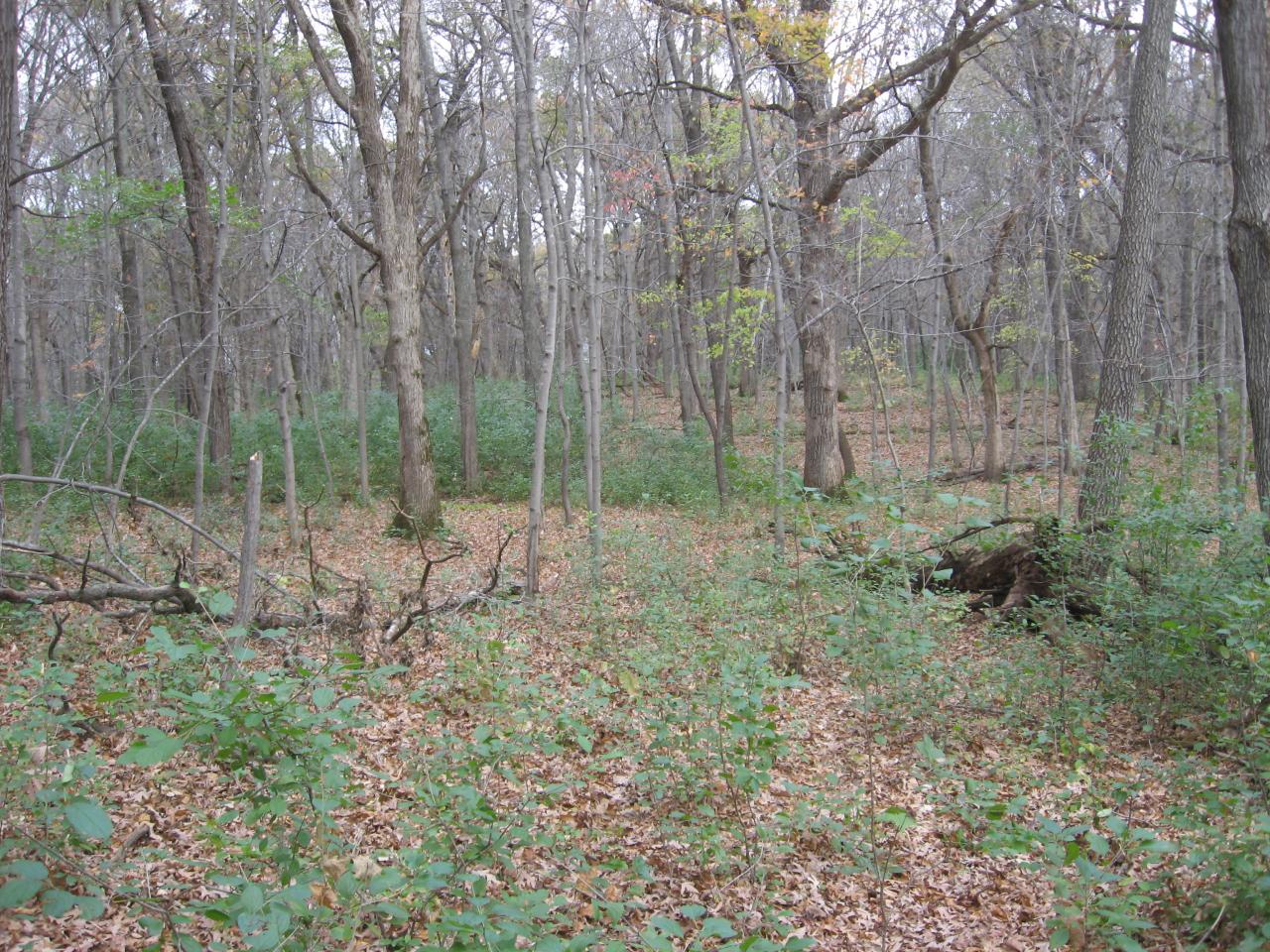 As most Minnesotans know, the state has a relatively short growing season, especially when compared to more southerly states. We get all we can out of those few glorious summer months before most of us (and our plants) go dormant for the winter. In the case of plants, this growing season extends from the moment the plant breaks bud and leafs out until those leaves change colors and drop from the tree. But like the many Minnesotans who stay active throughout the colder months, what if there was a way for certain plants to stay active longer? As it turns out, some plants already employ this tactic and reap some pretty astounding benefits from doing so.

Common buckthorn (Rhamnus cathartica) is a tall understory shrub native to Europe and Asia. Along with a few species of bush honeysuckles (Lonicera tatarica, Lonicera morrowii, etc.), buckthorn came to the US in the early 1800s with European settlement. These plants were used mainly as hedgerow and ornamental plants; however, they have since escaped cultivation and come to dominate many of our forests and natural areas. From private landowners to government agencies, we pour untold amounts of time, energy and resources into removing these problem invasive species, and it’s easy to feel like this is an uphill battle.

Buckthorn and honeysuckle have many characteristics that make them extremely good at out-competing native species and creating headaches for landowners and managers. They germinate well on bare soil and in disturbed sites, they have high photosynthetic rates that allow them to grow faster than many native species, and their fruits are dispersed by a number of native and non-native bird species. They even benefit from non-native earthworm invasion, which is often detrimental to many of our native species. But one of the most important ways in which these species get a leg up on our native species is through their distinctive phenology. Phenology is the seasonal timing of events, and in this case, these shrubs are unique in terms of their realized growing season. Some evidence suggests that honeysuckle and buckthorn break bud and leaf out before many of our native species do. This allows them to start photosynthesizing, gaining carbon, and growing before many of our native shrubs. It also allows them to gain a portion of their yearly carbon before the leaves of the taller canopy trees begin to block light from reaching the shrub layer. At the other end of the season, these shrubs also hold their leaves longer into the fall. This allows them to continue growing well after most native species have dropped their leaves and stopped photosynthesizing. This fall trend is common in many woody invasive species, and this “autumn niche” can be responsible for up to 20% of a plant’s annual carbon gain (Fridley 2012). Effectively, this extends the growing season of these invasive shrubs past what the natives are capable of, allowing more growth per season and helping them outcompete native species. This advantage over native shrubs, saplings, seedlings, and understory vegetation helps to explain why buckthorn and honeysuckle are such vigorous competitors and are so dominant in our wooded areas.

The silver lining to the issue is that this characteristic can also aid in our management of the species. Because these species hold their leaves longer than native species, this allows for easy identification in the fall. This makes it easier to assess the level of invasion and to find and remove individuals that might otherwise be able to hide when the rest of the forest is green. While it may seem like a small benefit to landowners and managers, it’s safe to say that when it comes to getting rid of buckthorn and honeysuckle, we’ll take any advantages we can get.

More detail can be found in Jason Fridley's 2012 Nature paper.