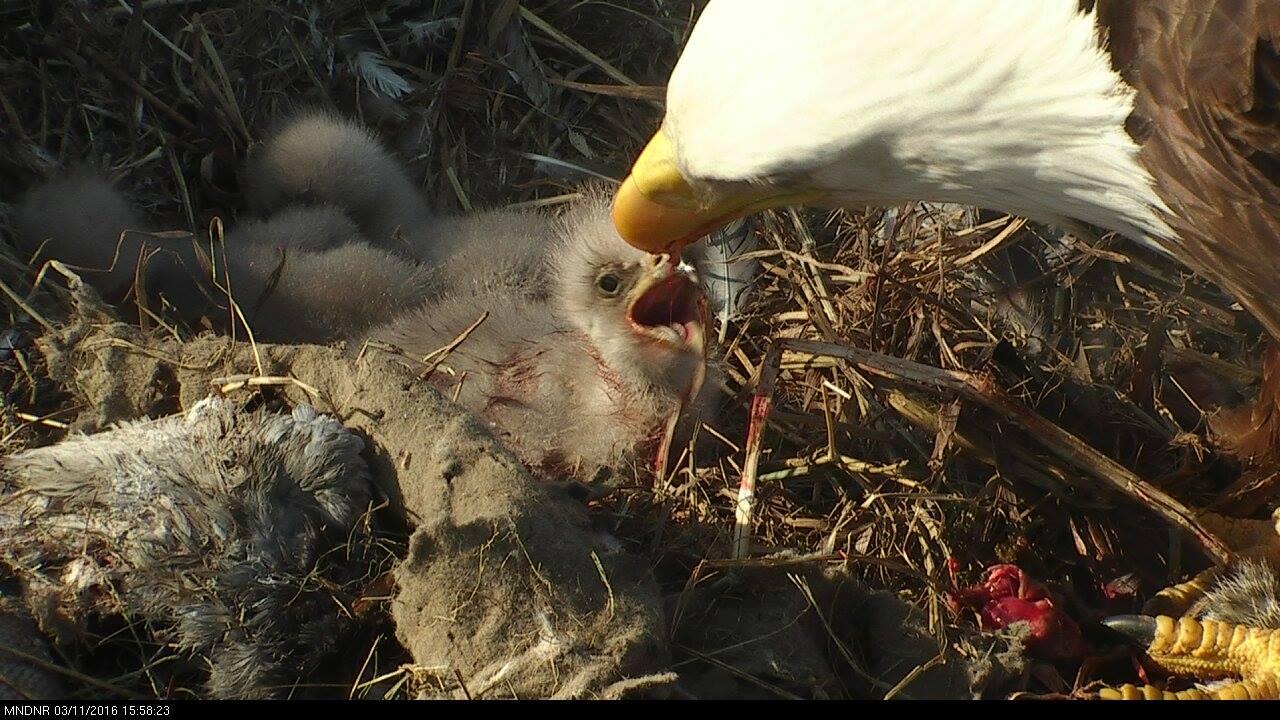 This time of transition between winter and spring can be a wishy-washy, ambivalent affair. It’s sunny and 50 degrees, then 20 and snowing, now 40 and raining. Winter rarely gives up without a good fight.

Despite the larger atmospheric tug of war, there are concrete signs spring is getting the upper hand. Here in the southern part of Minnesota, many eagles stay on or close to their nesting territories year-round. However, a great number also migrate south, albeit not very far, to have access to open water for fishing during winter. Through March, there are still some bald eagles loosely congregated in the suggested winter viewing areas in Red Wing and Wabasha, and you can see a great many flying northward along the Mississippi River as well.

At the same time, many bald eagles and great horned owls are now nesting and their eggs are hatching. The Minnesota Department of Natural Resources has mounted a camera above an eagle nest located in the Twin Cities river corridor, and you can watch the entire nesting process unfold in front of your eyes. As of March 15, there were three eaglets! Visit the DNR site to watch all the action (and napping).

There's also a live cam on the nest of two great horned owls cared for by the International Owl Center. The center is all about increasing the survival of owls in the world; this particular pair, however, is captive as they are too injured (each is blind in one eye) to be released. The two are housed in a rural area near Houston, Minnesota and are part of a breeding and research project that seeks, in part, to reduce the need for researchers to capture and mark wild owls for individual identification.