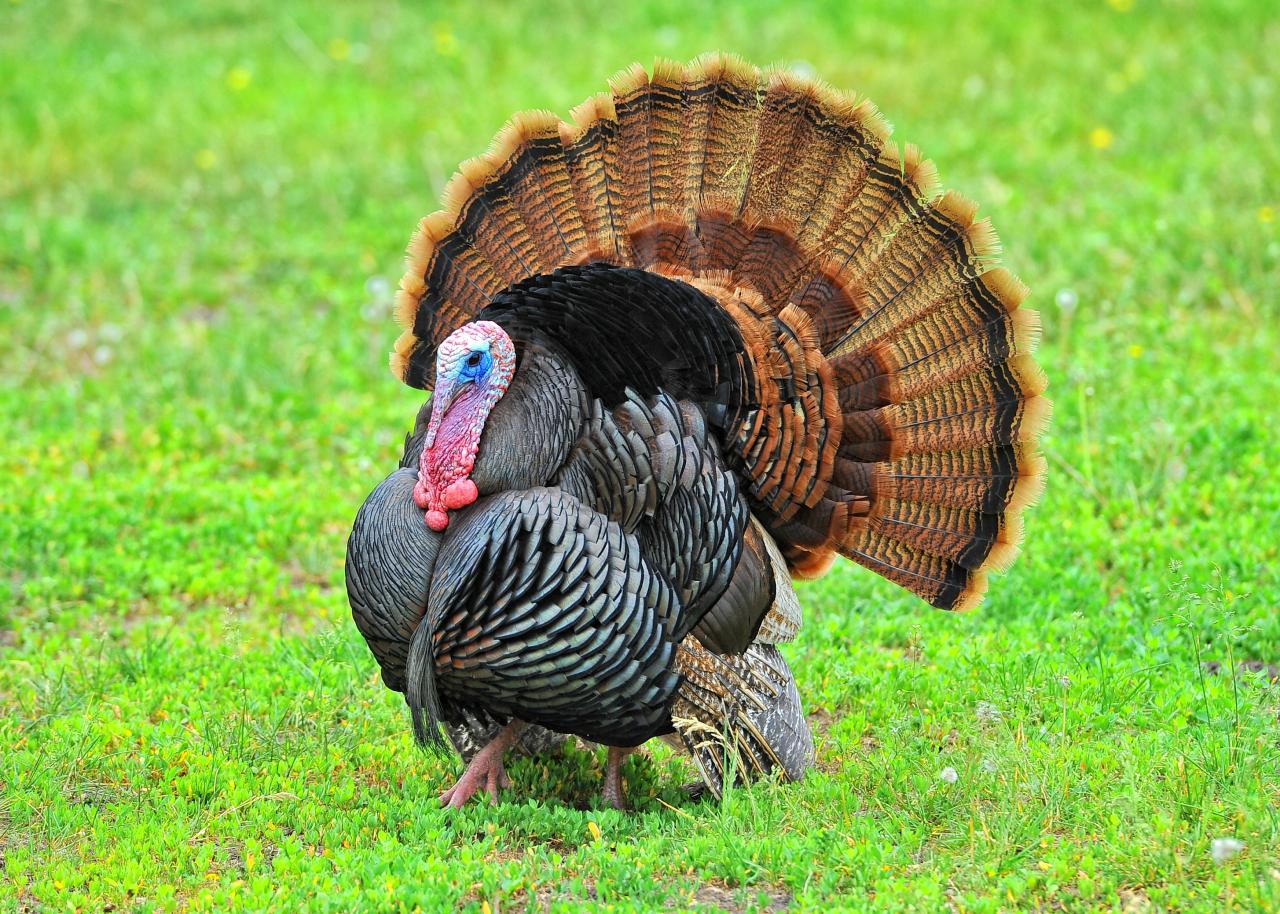 With a few snowfalls and temperatures dipping into the teens, many of us are conjuring images of warm fireplaces and family gatherings. For some, those thoughts are synonymous with Thanksgiving, and for many of those folks, Thanksgiving is synonymous with turkey.

But the quintessential centerpiece of most Thanksgiving meals is typically known as a frozen bird from the grocery store. But it’s also a wild bird with an interesting history and surprising abilities.

You may have heard that the turkey was pegged as the runner-up in voting to become the national bird of the United States. While these rumors were unfounded, Benjamin Franklin did laud the bird’s better characteristics, calling it a “bird of courage.” Franklin also lamented the choice of the bald eagle, which he referred to as “lazy” and a “rank coward.”

Nowadays, the turkey gets a spotlight each November during the presidential pardon, where the acting president decides to pardon one or more turkeys that avoid the dinner table and live out their lives on a farm.

In Minnesota, the wild turkey’s history is one of stark recovery. In fact, the turkey is one of Minnesota’s biggest conservation success stories.

Prior to European settlement, turkeys flourished, but the bird was all but extirpated by hunting and habitat loss. After decades of unsuccessfully trying to reintroduce turkeys from a handful of states, 29 turkeys from Missouri were introduced to southeast Minnesota between 1971 and 1973. These birds took hold, and after many subsequent introductions, viable populations were established across the state. Today, the DNR estimates that there are over 70,000 wild turkeys in Minnesota! 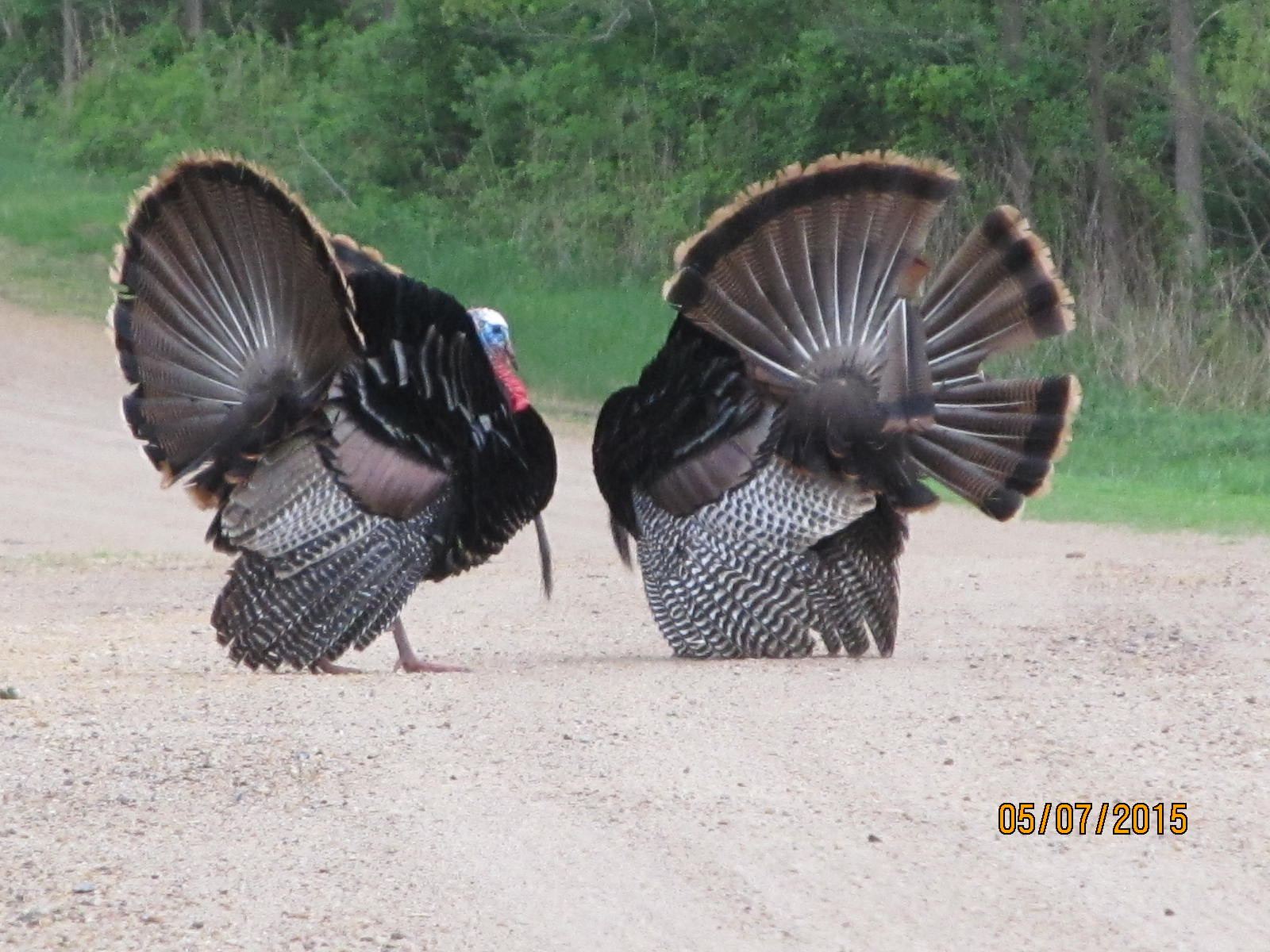 Wild turkeys have become a common sight, both in urban and rural areas. In natural and more rural areas, they roost in trees and are most often seen along the edges of woodlands and pastures or farm fields.

Yes, they roost in trees, which they easily fly into. In fact, turkeys can fly up to a mile at a time at up to 55 miles per hour, and they can run as fast as a horse can gallop (25 miles per hour). (Their long domesticized cousin, however, has been bred to have a massive breast and short legs, sacrificing its ability to fly or run quickly.)

However, like many species, wild turkeys are becoming more adept at utilizing urban areas for food and protection. Most Twin Cities residents have likely seen these urban turkey flocks (called “rafters”) roaming around a neighborhood, or have even been stuck in a mini-traffic jam caused by turkeys crossing the road. Turkeys are now so numerous in the Twin Cities that researchers from the University of Minnesota were able to publish the first data examining the movement, habitat use, nesting success, and survival of urban wild turkeys. 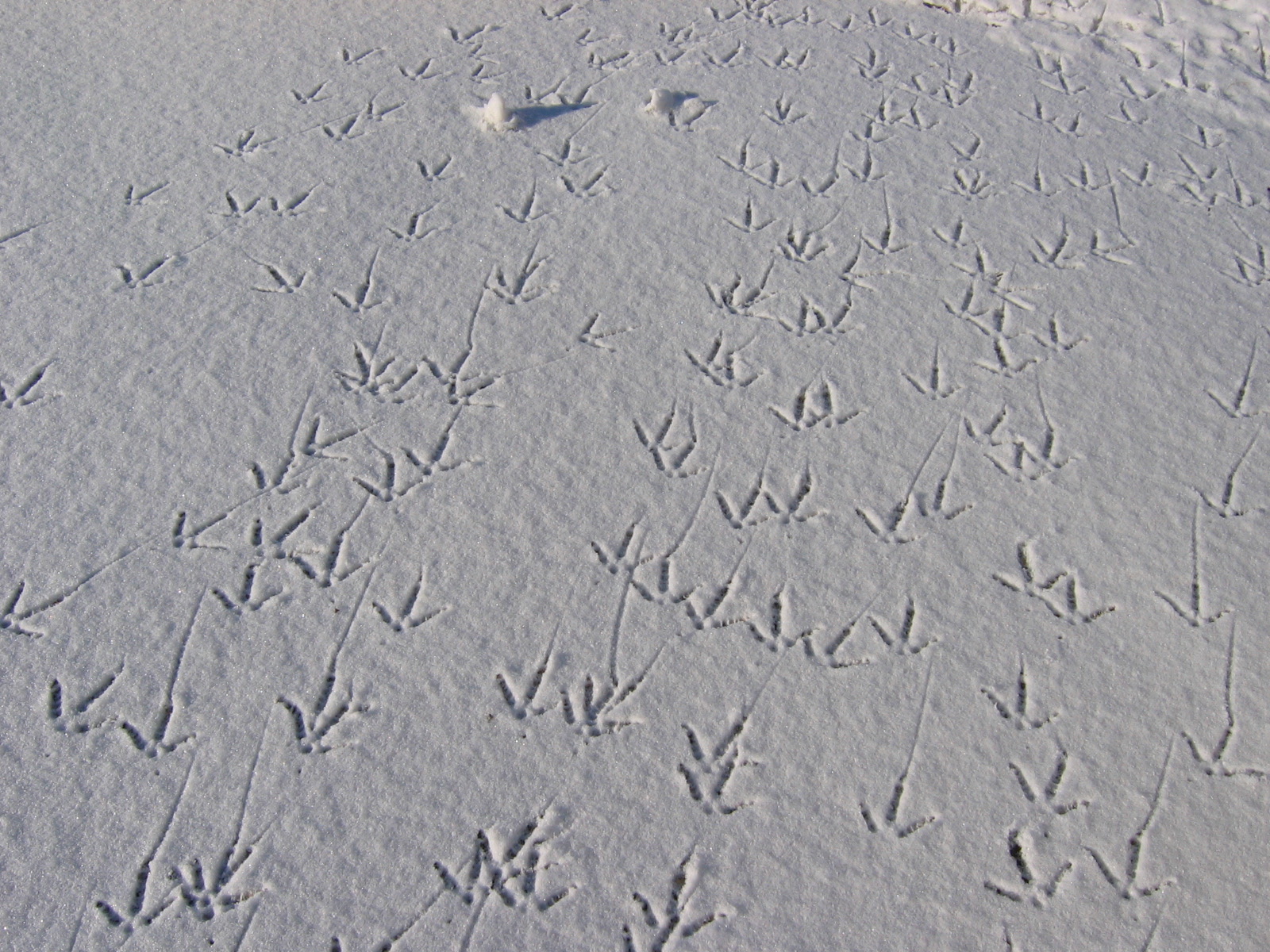 Turkey tracks through the snow at the Pine Bend Bluffs natural area. Photo by Karen Schik.

We spot them foraging for food, engaged in mating displays, or darting into the woods with their young in tow. (Young are called "poults" while adolescents are called "jakes.") Even when we don't see them, we frequently hear their calls — a mix of gobbles, yelps and other sounds: 28 calls in all! — or see their tracks, often clustered in open areas of bare ground where they’ve been scratching to expose food.

While we continue to restore imperiled habitat throughout the metro, these hardy birds continue to expand their populations statewide, and they're proving their ability to thrive in a variety of habitat types, even our own backyards!