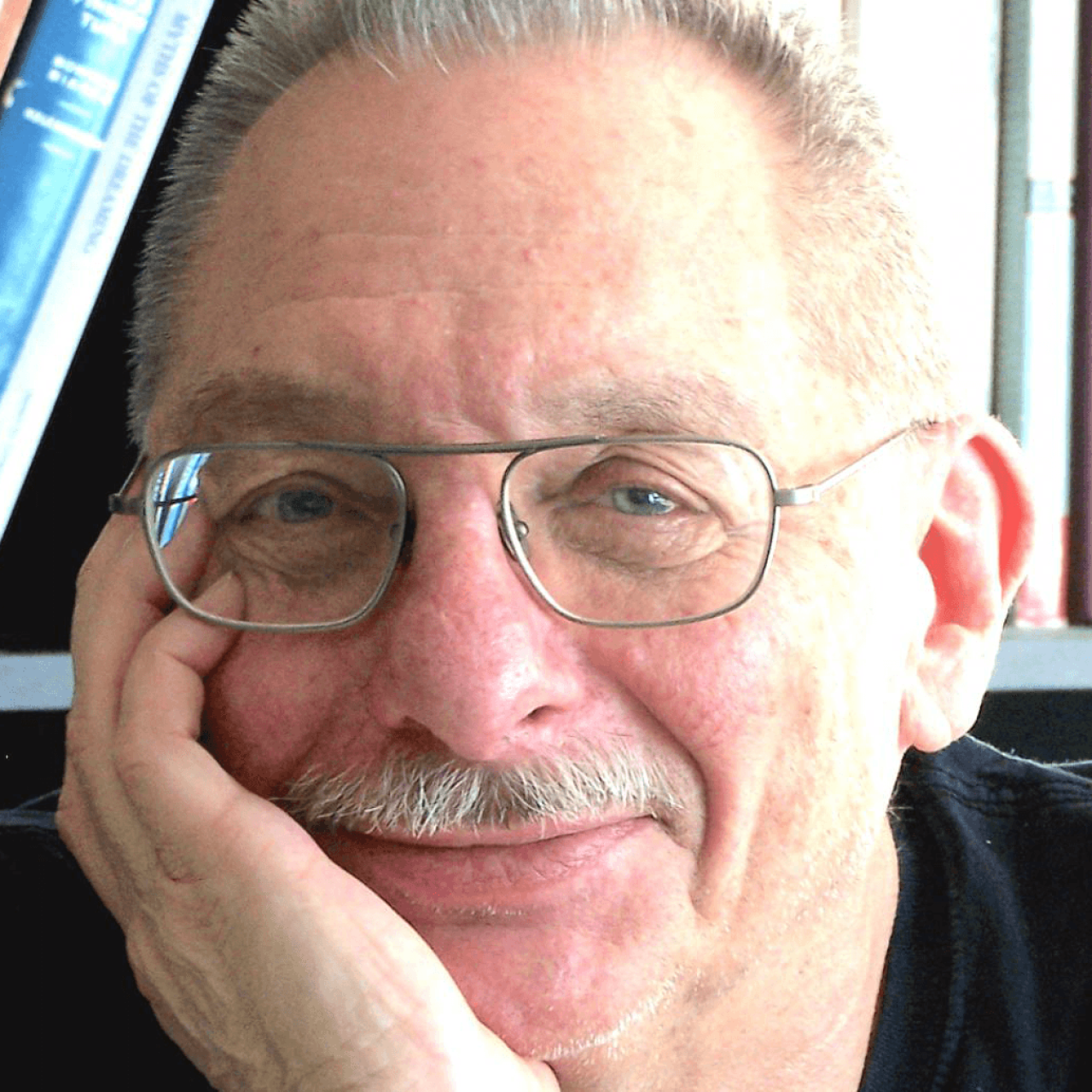 Selected storytellers for our Moth-esque fall gala will have the opportunity to workshop with Loren Niemi — a National Storytelling Network Lifetime Achievement Award winner — to hone their stories and presentation. They'll also receive an honorarium. Interested? Submit your story by July 24.

When Friends of the Mississippi River decided to feature storytellers who have been impacted by the river at our fall event on October 1st, we turned to our friends in the local arts community and asked, "Who should we be engaging in this event?" Time and again we heard one name: Loren Niemi.

Loren has spent forty years as an innovative storyteller creating, coaching/directing, performing, producing and teaching about stories that matter. And we're thrilled to announce that he'll be working directly with the storytellers we'll feature at our Moth-esque virtual gala.

I asked Loren to reflect on the power of storytelling and his work as a storyteller — and how our great river has changed him.

You were a community organizer and involved in political campaigns for many years. Can you tell us a little more about that work, and why you shifted to storytelling?

On one level community organizing is storytelling. It is about identifying the essential story of a group or organization or community— whether it is a problem to be solved or a dream to be fulfilled — then inviting people to participate in working together towards  (a metaphorical) "Happy ever after"...

I went to Chicago in 1967 to spend a few weeks studying Protestant Theologians and got a heaping helping of Saul Alinsky community organizing while I was at it — which found its first expression in anti-war/anti-draft organizing then morphed into working with juvenile justice offenders. It was clear to me very early that people were not interested in or responsive to data or policy arguments but to human stories — how one person was challenged by or changed something — that would let people say, "Oh I've been there" or "Oh I/we can/should do that."

Why are you a storyteller? What’s the power of a story?

I was called to storytelling as my life's work largely because I enjoy the two essential qualities of what makes good storytelling. First, I can listen with interest to what is being said, as well as what is not said, and second, I enjoy crafting images, metaphors, and the structure of narratives themselves.

I did not recognize that it was my life's work until I was 30 years old but once I claimed the word, I could see how I had been doing it without naming it for much of my life, and more importantly, how owning the fact of it opened me to possibilities that I would otherwise not have had.

What makes a good story?

My old friend Elizabeth Ellis says there are four kinds of stories: Haha, Ah ha, Ahhh and Amen (humor, surprise, recognition and appreciation). A good story is comfortably seated in one of those four.

The most elemental definition is a story is a CHOSEN narrative told to a particular AUDIENCE. You have to decide what to tell and how to tell it for the audience you are with. A good story has the capacity to be told in several ways — longer or shorter, funny or not — as the circumstance requires.

What’s a story that’s changed your perspective? Can you describe it?

There are many stories that can change your perspective but they often depend on who, where, and when you are. After my daughter died I told the story in great sensuous detail of what the night before her death was like and very briefly in the simplest of terms the morning after. It is a hard story to tell even now, 30 years later. How I think about it, and what it means to me has shifted, but what it means to the audience has remained consistent from one year to the next.

(For those who may be interested in reading the written version: "Hannah on a Summer's Day" is in Inviting the Wolf In: Thinking About Difficult Stories, the book I wrote with Elizabeth Ellis.)

What’s your connection to the Mississippi River? Do you have a story about how the river has changed you?

In 1965 I came to Winona, Minnesota to study to be a Christian Brother (a Catholic religious teaching order) and my connection to the river began.

Through college and the three years of working with juvenile justice offenders, the river was always present. The river with morning fog, with 12-barge tows, with wind-swept ice smooth and inviting skaters, curtains of blue-green ice decorating the bluffs, with spring flood, with migrating birds, Fountain City, fast drives on the curves of Highway 61 between Lake City and Wabasha — every season, every light on the water, the dome of stars rising behind one bluff and setting behind the other. How could it not change me?

What will workshopping with our chosen storytellers be like?

First and foremost it will be me listening for the essential story and asking questions about the who, what, when, where and why. What shape or kind of story does it lend itself to? Does it begin and end in the "right" place? What does an audience need more of to understand and enjoy this story? What can go away? What are the particular images and language essential to the story and to the teller?

Much of the coaching is repetition — telling the story over and over until it is not a set of memorized words but a series of internalized images that you can share confidently.

Equity is a core value at FMR. We're committed to learning every day how to meaningfully live that value and ensure that a diversity of voices are represented in all areas of our work. Why should a storyteller of a different background or lived experiences trust you to help them craft their story?

I am not interested in making the story be mine — I have hundreds of my own. In 50 years of organizing and 40 years of teaching stories, I have heard folks telling stories from every ethnicity, class, gender identity and spiritual belief. The one thing I've tried to do with everyone is find their "essential voice" ... The question is not do they trust me, but do they trust themselves to share what matters to them with an audience they do not know; and in a virtual platform, an audience that they will not see.

With everything feeling so uncertain, and so many pressing needs, why tune in for a river stories night?

Even though stories are set in a particular time and place (sometimes the vague "once upon a time") they offer the possibility of timelessness, of one person sharing their experience or imagination with another across the boundaries of our particularity to the universal of what matters and what it means to be human. The river is timeless and timely at once, never changing, ever-changing. In an evening of stories we bear witness to that never and ever and how or why; it is a gift.

An Evening Celebrating the River

If you have a story to tell about how the river has changed you, we'd love to hear it. Our call for storytelling submissions to be featured at our fall event is open until July 24th.

You can also sign up to receive event updates.