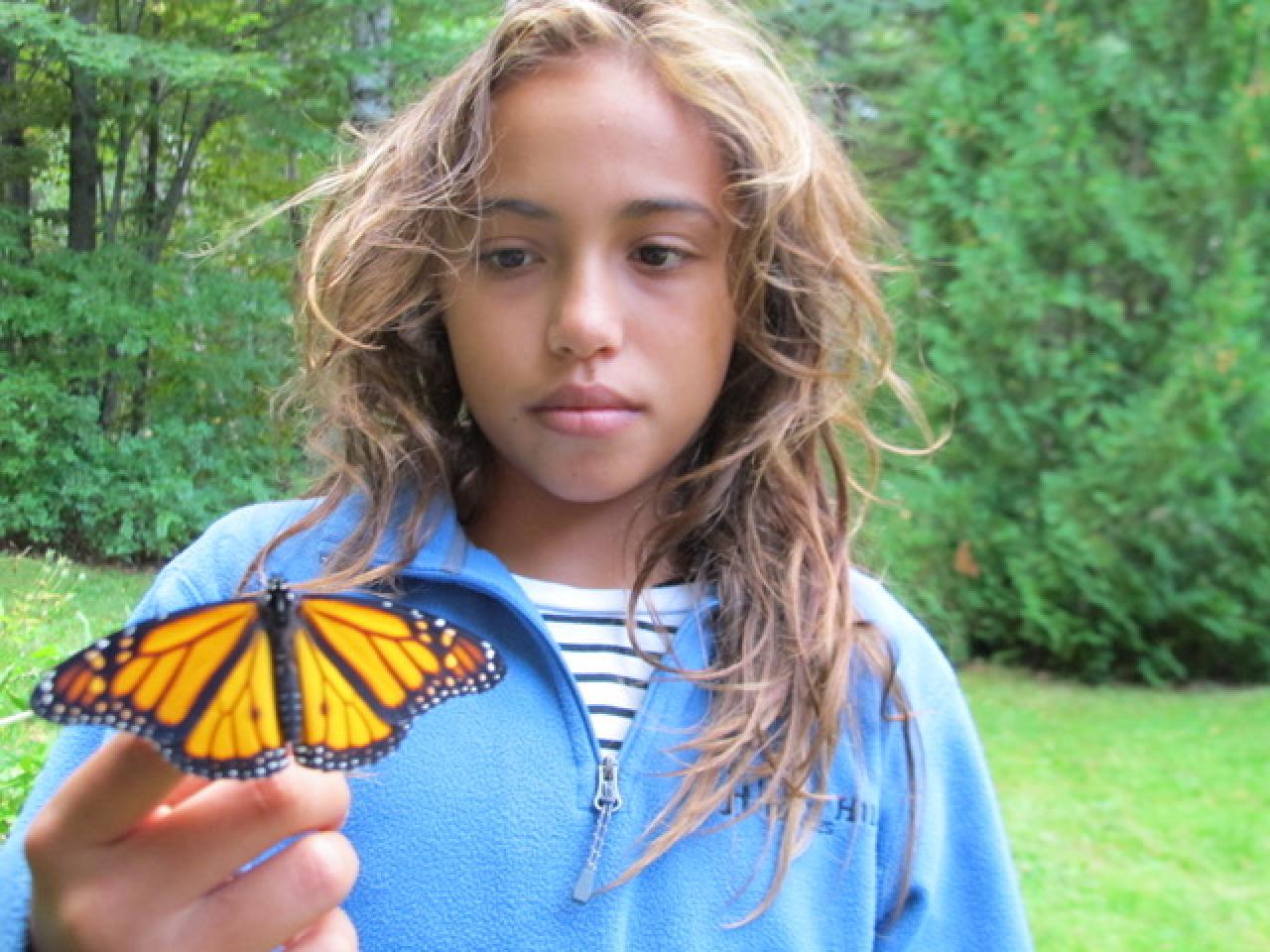 Monarchs face a complex array of threats, but volunteers are acquiring much-needed data to help the embattled species survive.

Most people are probably aware of the plight of the monarch butterfly, the iconic orange and black insect that just a few decades ago was an everyday sight in Minnesota summers. Although not yet listed as an endangered species, the monarch population in North America has plummeted nearly 90 percent in the last 20 years.

While the causes are varied and complex, including climate change, deforestation and agricultural pesticides, thousands of organizations and citizens across the country are working to aid monarchs before it’s too late — including a core crew of eight volunteers working with FMR in the Flint Hills Resources'-owned stretch of the Pine Bend Natural Area in Inver Grove Heights.

Protecting and improving habitat for monarch butterflies has become a national mission. In 2014, President Barack Obama directed federal agencies to strategize to promote pollinator health, creating a task force that has since set a goal of restoring or enhancing 7 million acres of land over by 2021, with a specific focus on the 1,500-mile I-35 corridor.

Groups like FMR continue to protect and restore pollinator habitat and people across the country are planting milkweed and other native species important to monarchs. But monarch reproduction is complex, and we all need to better understand their breeding to support their conservation. This is where the Monarch Lab and FMR's monarch monitoring volunteers come in. 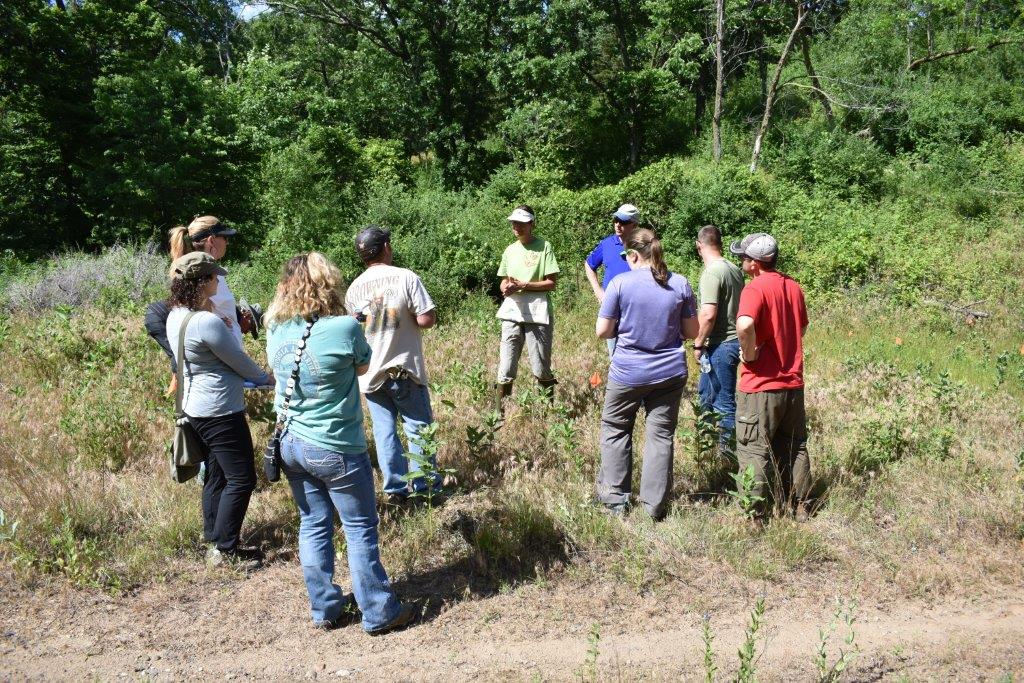 The Monarch Lab at the University of Minnesota has been a primary leader in engaging everyday people in important research and has published numerous papers on monarch breeding and conservation using the results of data collected by citizen scientists. They work with volunteers to monitor milkweed plants for monarch larva in both natural areas and gardens.

Through heat, rain and mosquitos, this dedicated group surveyed roughly 350 milkweed plants every week for nine weeks this summer, inspecting each plant and recording any eggs or larvae (caterpillars) that they found.

Sadly, they didn’t find much. A total of 47 eggs were detected during that time, and just two small caterpillars. These numbers are a stark example of the challenges monarchs face in reaching maturity. 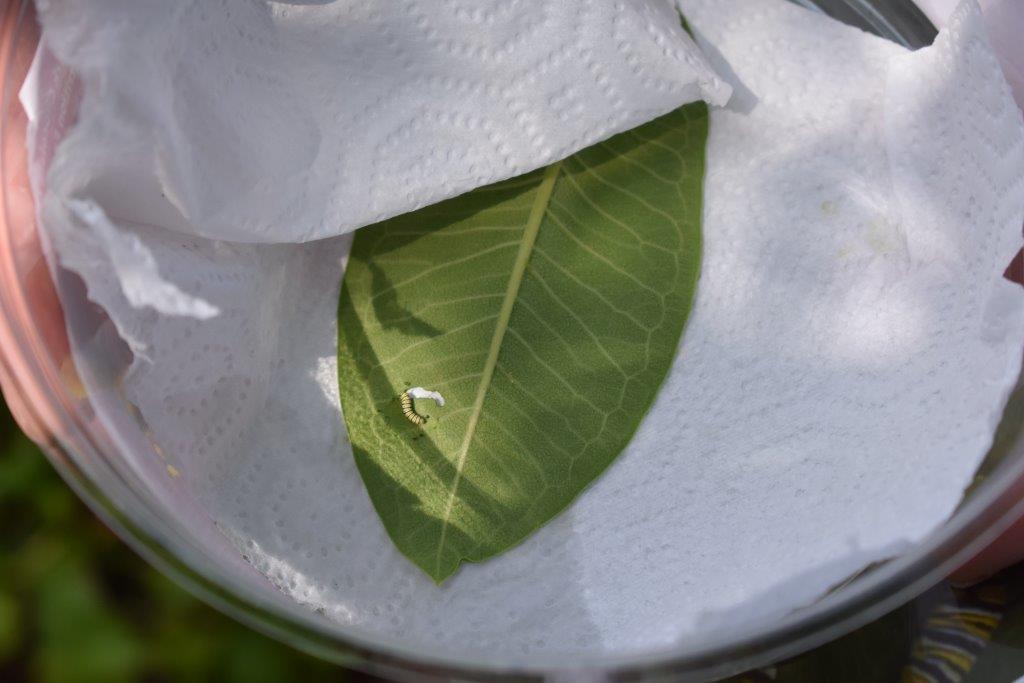 Volunteers learned to identify caterpillars of different ages. This monarch larva is in the second of its five-step process from egg to chrysalis/pupa. Monarchs spend between 9 and 14 weeks in the larva and pupa stages; taking them 18-28 days to emerge as a butterfly.

There are many insects and other animals that prey on the eggs and larvae, as well as various parasites.

Their migration also presents many challenges as habitat declines. According to the World Wildlife Fund, “the monarch butterfly exhibits the most highly evolved migration pattern of any known species of butterfly or moth and perhaps any known insect.” Overwintering in the mountains of Mexico, the insects fly north in spring to the lower United States and lay their eggs. Offspring of those butterflies then fly north to the middle states, and their offspring then arrive in the northern states and Canada, typically in late May.

There are usually three generations that hatch in Minnesota over the summer, each living about two to six weeks. The last generation (which lives a whopping nine months) does not breed, but migrates to Mexico in the fall, overwinters, and starts the cycle over.

The Monarch Lab uses the information gathered by volunteers to better understand what circumstances best support monarch survival. The research can often point scientists in unanticipated directions. Some researchers have noticed anecdotally that some monarchs do better in home gardens or roadsides as opposed to larger natural areas like that at Pine Bend Bluffs. While much more data is needed to more fully understand what's happening on the landscape, we'll count it as yet another strong reason to plant for pollinators.