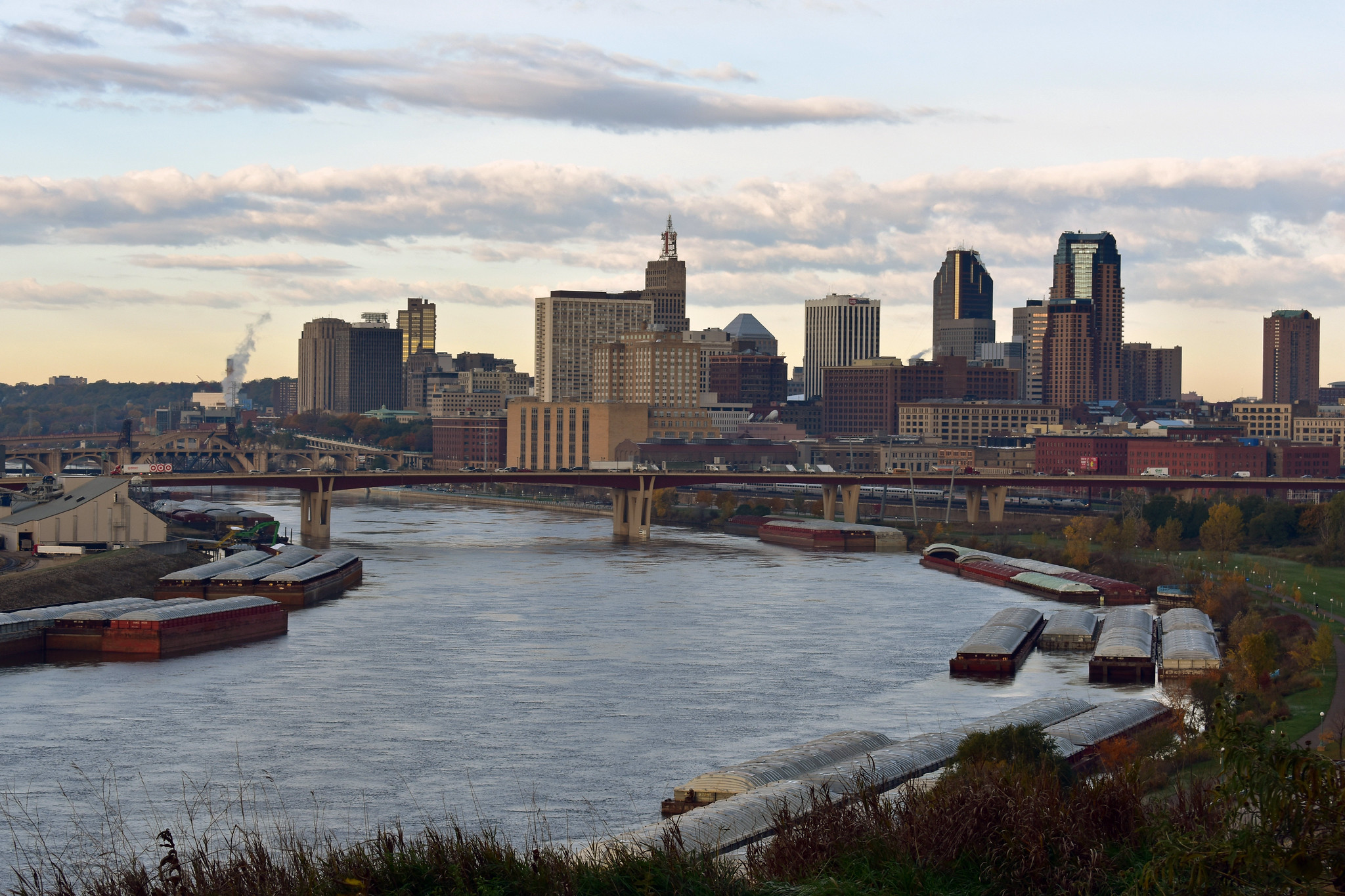 The view of downtown St. Paul from the overlooks at Indian Mounds Regional Park, a place of sacred burial and an FMR habitat restoration site. (Photo by Ellie Rogers for FMR)

It's hard to overstate the importance of Indian Mounds Regional Park. Situated atop the bluff just east of downtown St. Paul, the park harbors a wealth of cultural, historical and ecological significance. The park is also unique in that it's where three of FMR’s programs — land conservation, stewardship and youth engagement — converge.

"This is a burial place, and our ancestors are still here"

Before we talk about our work at this place, we should acknowledge its meaning to Indigenous people. True to its name, Indian Mounds Regional Park is the site of six remaining burial mounds made by Indigenous people of this region. Fifty or more mounds once sat atop the bluff, split into two main groups: the eastern mounds where the current Airway beacon and much of the park's recreational amenities sit, and the western mounds above Wakáŋ Tipi, "dwelling place of the sacred" in the Dakota language, and future site of the Wakáŋ Tipi Center at Bruce Vento Nature Sanctuary.

These mounds have been here for thousands of years, the oldest dating back between 1,500-2,000 years. The mounds make this whole region a sacred place to the Upper Sioux Community, Lower Sioux Indian Community, Shakopee Mdewakanton Sioux Community, Prairie Island Indian Community, The Ho-Chunk Nation of Wisconsin, Iowa Tribe of Kansas and Nebraska, and Sisseton Wahpeton Oyate. In large part because of this history, the site is listed on the National Register of Historic Places. 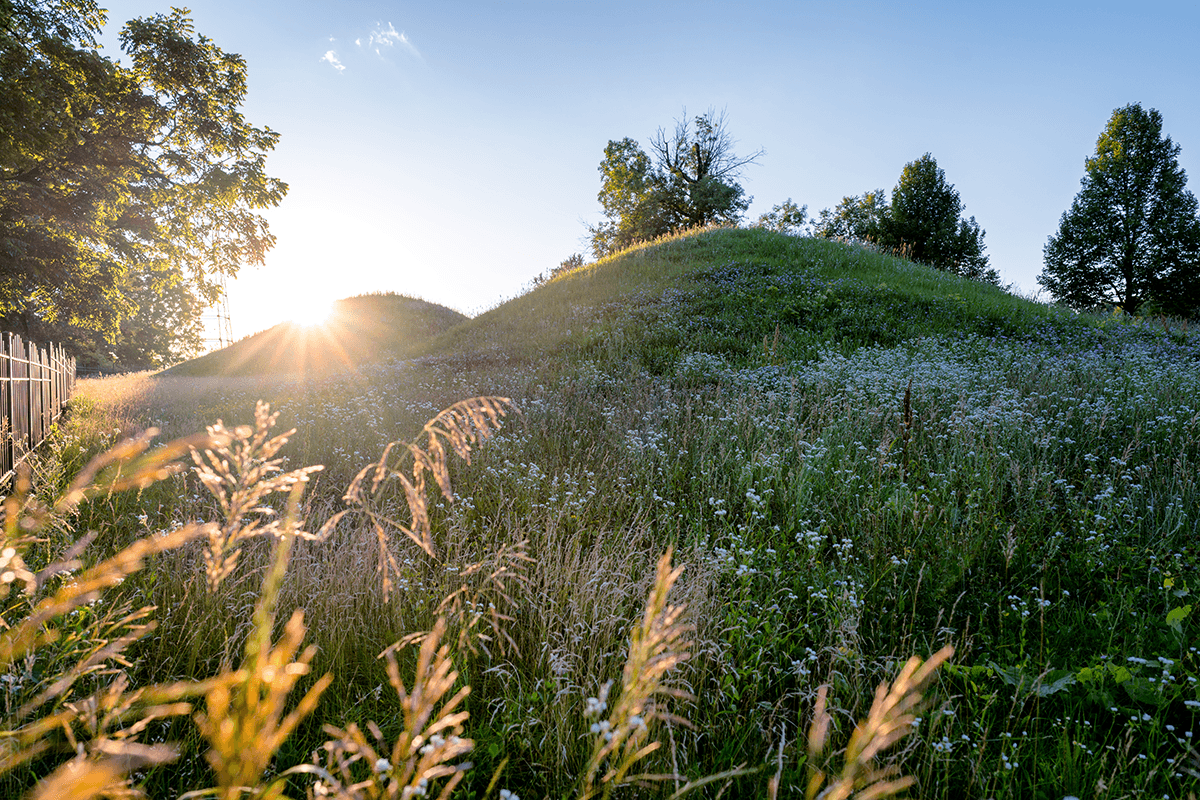 Before the land was forcibly taken from the Dakota people by European colonizers, people conducted ceremonies and interments in the mounds, which were located atop the bluffs in part to better connect the earth, water and sky. (Photo by Lorie Shaull)

Most of the mounds were destroyed or damaged through excavation and development of the area in the 1800s — flattened to make way for roads, homes and park infrastructure. For many years, the full cultural importance of this site to the Dakota and other Indigenous peoples has not been represented. The City of St. Paul is working with tribal nations to change that. In September, they released a new Cultural Landscape and Interpretive Plan for this park, a project guided by Dakota representatives that looks back to the history of the place and plans for better interpretation over a 20-year arc.

Right away, the project includes installation of signs on light posts, benches trails and elsewhere throughout the park that will call visitors to respect this sacred place and remember what it is; one sign will read "Táku Wakháŋ Thípi — this is a burial place and our ancestors are still here."

Coming together to cultivate thriving habitat

Today, people come to the park for its cultural significance and for the beautiful blufftop views of the Mississippi River and downtown St. Paul. At the time of European colonization, occasional natural and human-caused fires at the bluffs at Indian Mounds Regional Park would have kept dry prairie or oak savanna thriving. As St. Paul grew, development removed much of this habitat, and fire suppression and soil degradation damaged the park’s remaining natural areas.

The cultural memory of this place makes the tending of its land even more important. Since 2011, FMR has partnered with St. Paul Parks and Recreation to help restore and maintain natural areas at the park.

The varied terrain and habitat types, including both prairie and forest, are home to a variety of plants and animals. But this variety can also present management challenges. Both FMR and St. Paul parks and rec have hired crews to help with restoration of the steep and hard-to-access areas of the park, and for the past few years, FMR has worked with contractors to manage invasive shrubs in the forests.

Still, taking care of this place is a community effort. We rely on public volunteers to remove invasive species and plant native species that support pollinators and help stabilize the bluff around the park’s main overlook. High school students plant grasses and wildflowers and monitor both plant and insect diversity in the restored prairie triangles.

Indian Mounds Regional Park is a perfect example of how our restoration work, public and group volunteering, and youth engagement come together. 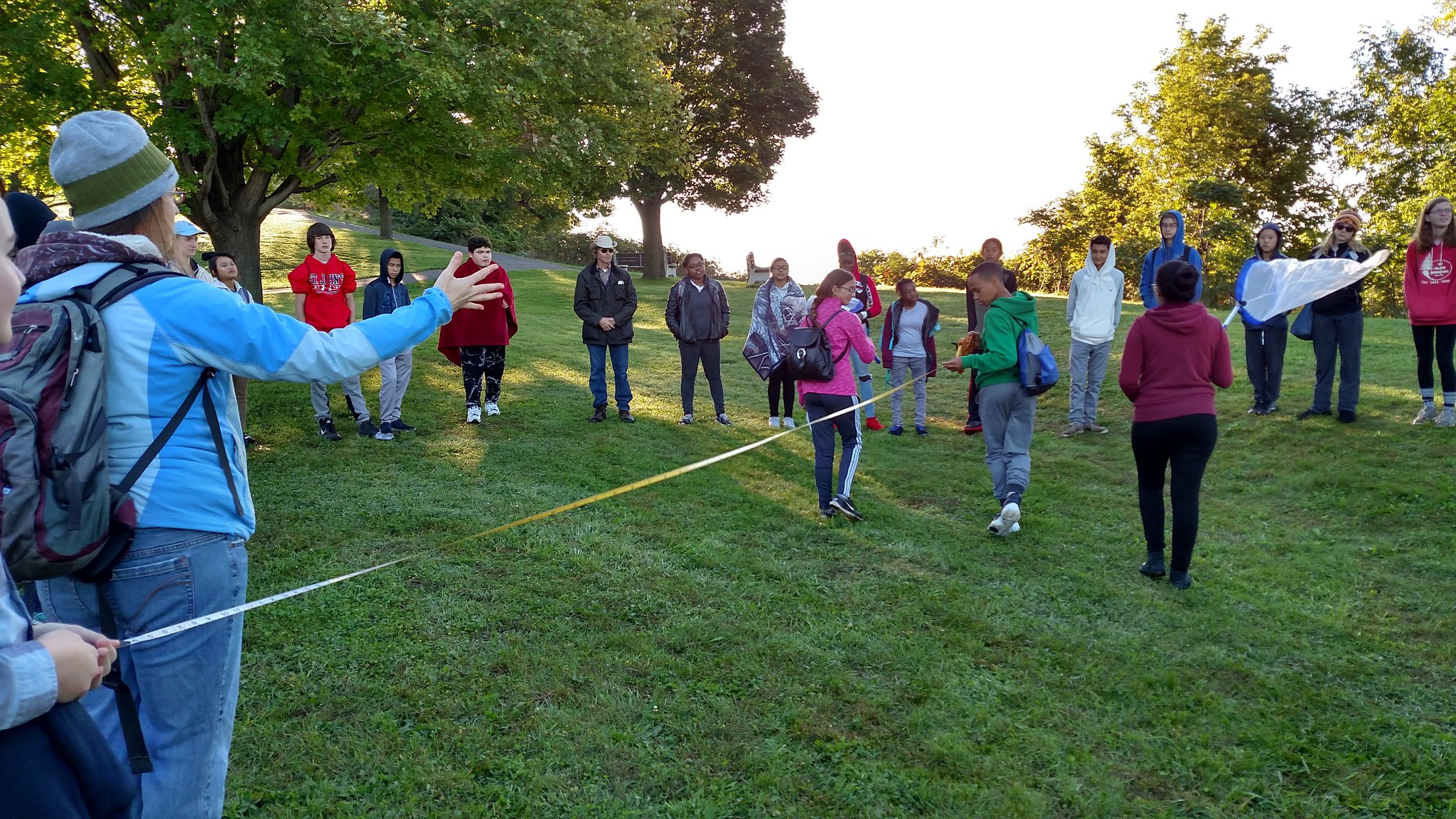 This year, we were able to host two much-needed volunteer events: one to tend the overlook plantings, and the other to continue our work removing encroaching species from the restored prairie triangles. Thank you to all who volunteered!

While we couldn’t host any classroom groups due to COVID-19-related field trip restrictions, we plan to have groups back in future years, as the monitoring, planting and invasive removal work by St. Paul's Open World Learning School, Harding High Earth Club and others has been key to our work at the site. 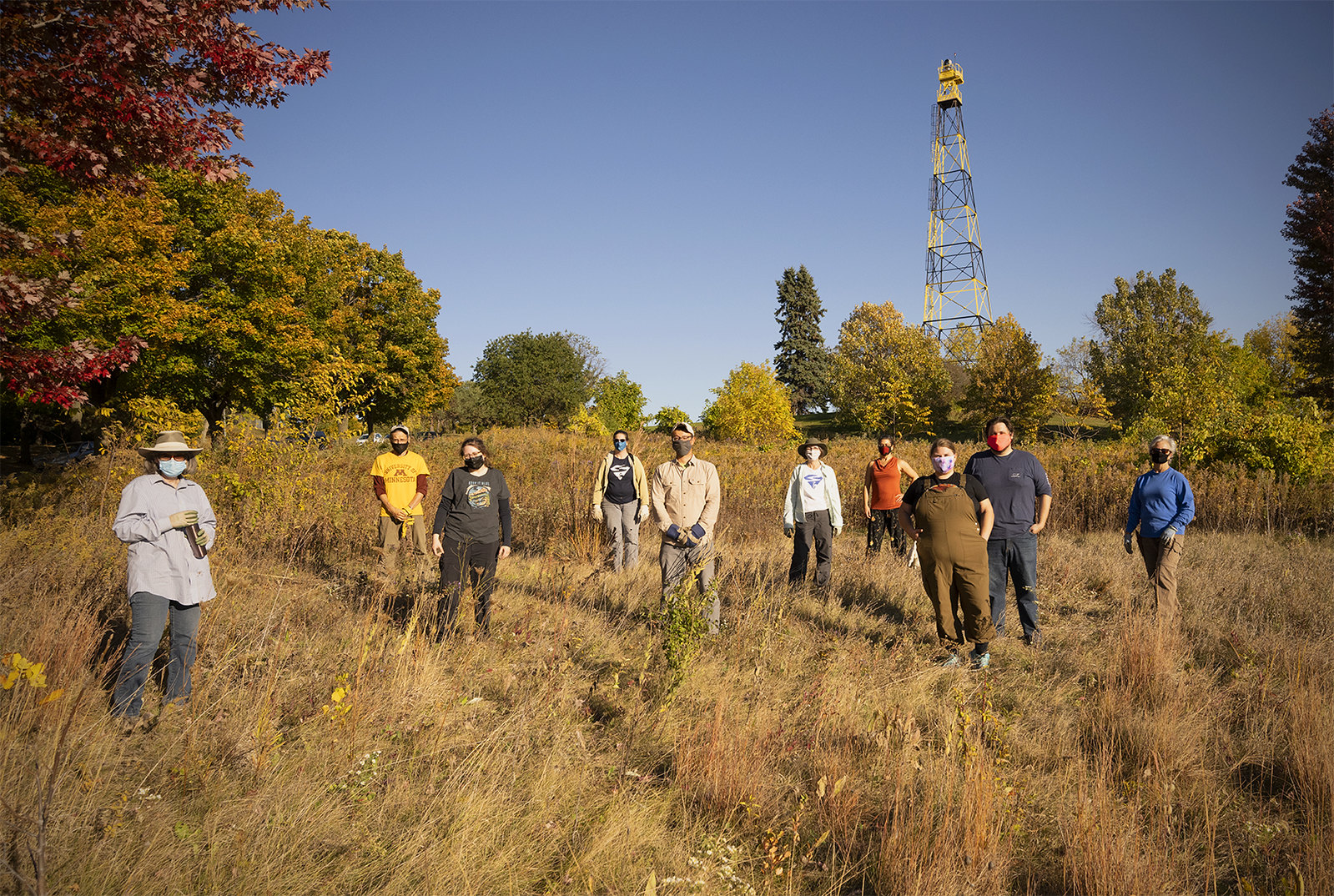 Connecting habitat along the river

Indian Mounds Regional Park is an important site in a growing corridor in East St. Paul. Our soon-to-begin restoration project at Bruce Vento Nature Sanctuary lies just below. We've also restored habitat at the DNR’s nearby Willowbrook campus. Other close natural areas include Battle Creek Regional Park and Pig’s Eye Lake, and we anticipate exciting future partnerships with the City of Maplewood.

Thanks to our members and volunteers, we're able to link and improve the health of the land along the river, contributing to the crucial migration highway of the Mississippi River flyway, and increasing habitat and climate resiliency.

Importantly, we're also able to contribute to the restoration of places in this region sacred to the Dakota. One park is only part of this place. As another new sign at Indian Mounds Park will read: "This sacred land continues beyond the boundaries of the park, spanning the bluffs along the rivers of this region, the Bdote, and throughout Minnesota. Wo´ohoda. Please respect this place."