ESI guest post: What is the Upper Harbor Terminal Project? | Friends of the Mississippi River
Skip to main content

ESI guest post: What is the Upper Harbor Terminal Project? 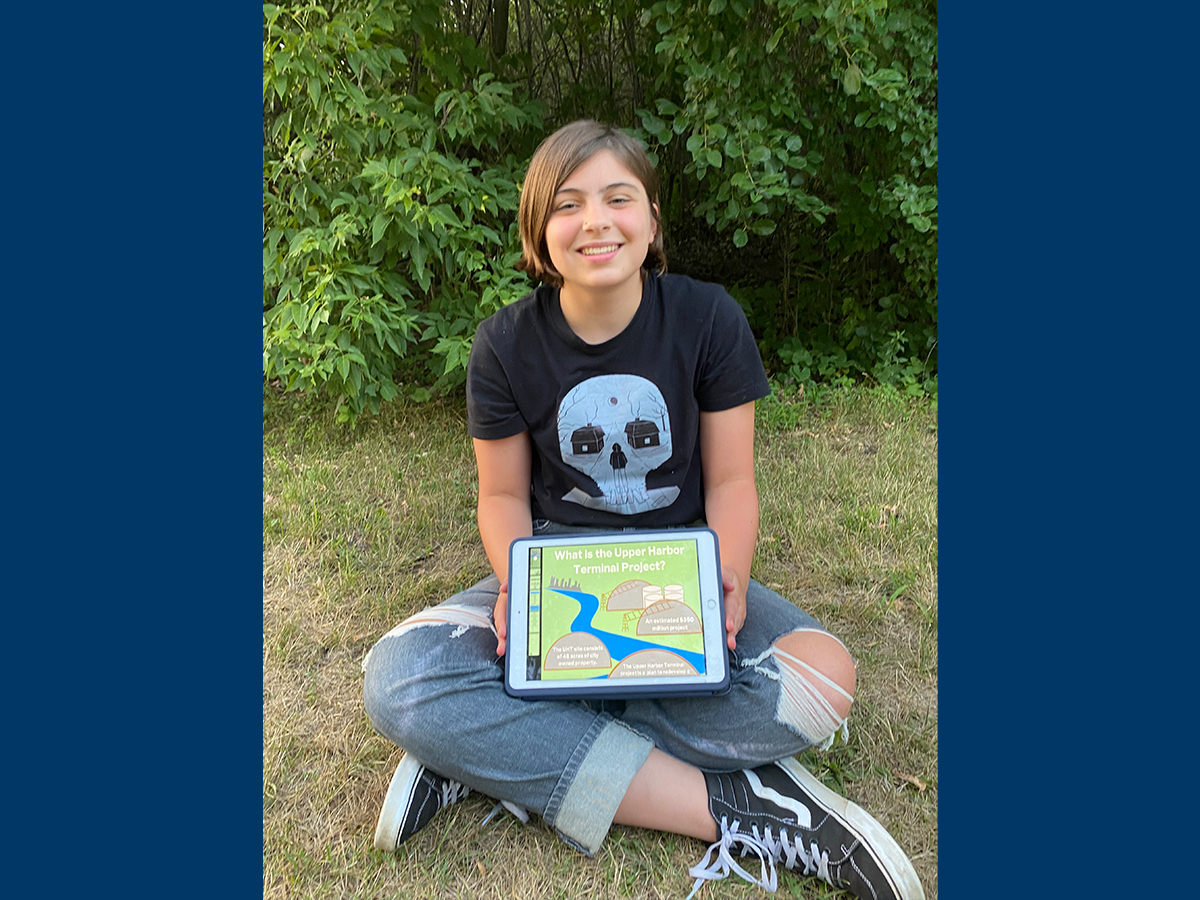 This is a guest post from Lucy Keenan, a 2022 Environmental Stewardship Institute (ESI) fellow. ESI fellows design and carry out a capstone project during a six-week summer program. Lucy created an infographic explaining the redevelopment project at North Minneapolis's Upper Harbor Terminal. (Note: Opinions expressed in ESI projects are those of the program participants and do not necessarily represent those of FMR.)

My project is an infographic about the redevelopment of the Upper Harbor Terminal, focusing on the city’s plan, those involved, the site and surrounding areas of the project, the project's pros and cons, and finally a short timeline of events in the redevelopment process. 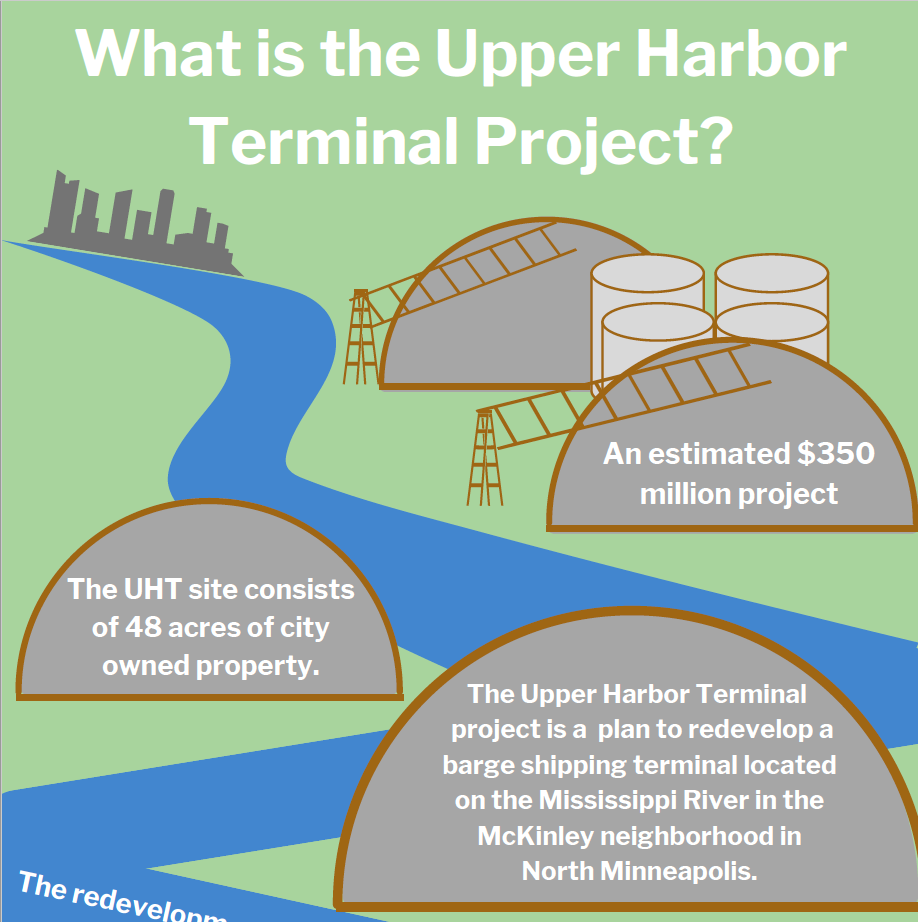 Check out my full infographic.

Why I chose this project

I wanted to do a project on something that involved environmental injustice and the racial disparity linked with it. I’m on the debate team in school, and the Upper Harbor Terminal project is a great example of a dispute between the city and its people, right here in the Twin Cities.

I wanted to create an infographic to help convey the information behind it in a way that’s easier to digest, because not everyone has the time or interest in doing deep research, but they might still have an opinion on the matter, if they know about it.

Laura (FMR Stewardship & Education Program Director) was actually the one to first tell me about the Upper Harbor Terminal, so I have her to thank for introducing me to a project that captured some of my interests.

What I hope you take away

The Upper Harbor Terminal is a plan to redevelop a 48-acre site on the Mississippi River in North Minneapolis. While the added green space and retail space it will provide could be beneficial to the surrounding community, multiple organizations including FMR have pointed out the City’s disregard for the project's cumulative impacts.

Currently the site is being prepared to enter phase one of construction, but the debate over whether or not the project will actually help the Northside neighborhoods — who are already subject to much environmental, racial, and economic disparity — has been ongoing since 2015. It’s still not too late to turn this project into something that will be beneficial to everyone and give the community more ownership and control over the land.

At first in my research, I only read stuff that the city was saying, and it was hard to find a problem with the Upper Harbor Terminal project because it sounded awesome. A big park, music, affordable housing, jobs — it seemed like a gift.

But then I dug deeper and read what organizations like FMR and Community Members for Environmental Justice were saying, and what other news sites were saying, and I got a new perspective on the project. That’s when I saw the debate emerge and got a bigger picture about what this project meant to everyone involved. I tried to remain neutral in my project, and see the ups and downs in my findings.

FMR created the Environmental Stewardship Institute to address the gap between environmental education and a career path in the environmental field. We hold a summer intensive program and a school-year youth advisory council. Learn more about the 2022 ESI summer program, including other final projects.

FMR's Environmental Stewardship Insitute is part of our larger Stewardship & Education program. Check out our other opportunities for youth and for all ages to get involved with FMR.