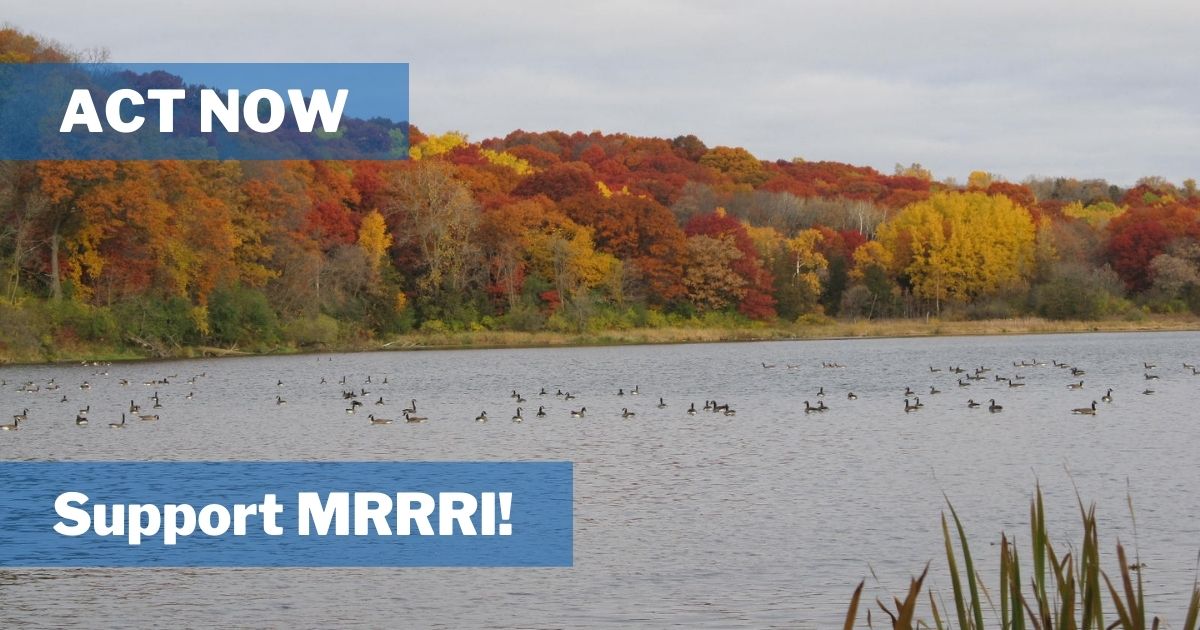 As river lovers, we understand that the Mississippi River is a vital ecological, economic, recreational and cultural resource that continuously serves our communities. That is why we are excited to be joined by a growing number of organizations that support the Mississippi River Restoration & Resilience Initiative (MRRRI) Act.

Act today to add your support behind the MRRRI Act.

As reported by the Star Tribune and in Congresswoman McCollum and FMR's Executive Director Whitney Clark's commentary, MRRRI would be a place-based federal program modeled on the highly successful Great Lakes Restoration Initiative.

When passed, the MRRRI Act would authorize an estimated $300-350 million annually in federal funds to states, cities, tribal governments and nonprofit organizations to improve water quality, restore habitat and natural systems, reduce aquatic invasive species and build local resilience to natural disasters in the 10 states that border the Mississippi River.

• Clean water: Improving water quality in the Mississippi River and the Gulf of Mexico by reducing polluted runoff from croplands and urban stormwater systems;

• River habitat: Protecting and restoring wildlife habitat throughout the river corridor, and;

MRRRI investments will be informed by a five-year Action Plan, which will be developed in partnership with river stakeholders through a robust EPA-led public input process. Likewise, investments in research and river science will be informed by the development of a Mississippi River Science Plan led by the United States Geological Survey in concert with the nation's leading river science experts.

MRRRI would fill a clear gap in our nation's regional restoration initiatives, highlighting and reinforcing the Mississippi River as an ecosystem and economic engine of national importance, and providing the resources our communities need to improve their health and resilience.

With your support, we can make MRRRI a reality.

Please take a few moments to let your legislators know that you support the MRRRI Act.