Climate change means crops won't grow like they used to 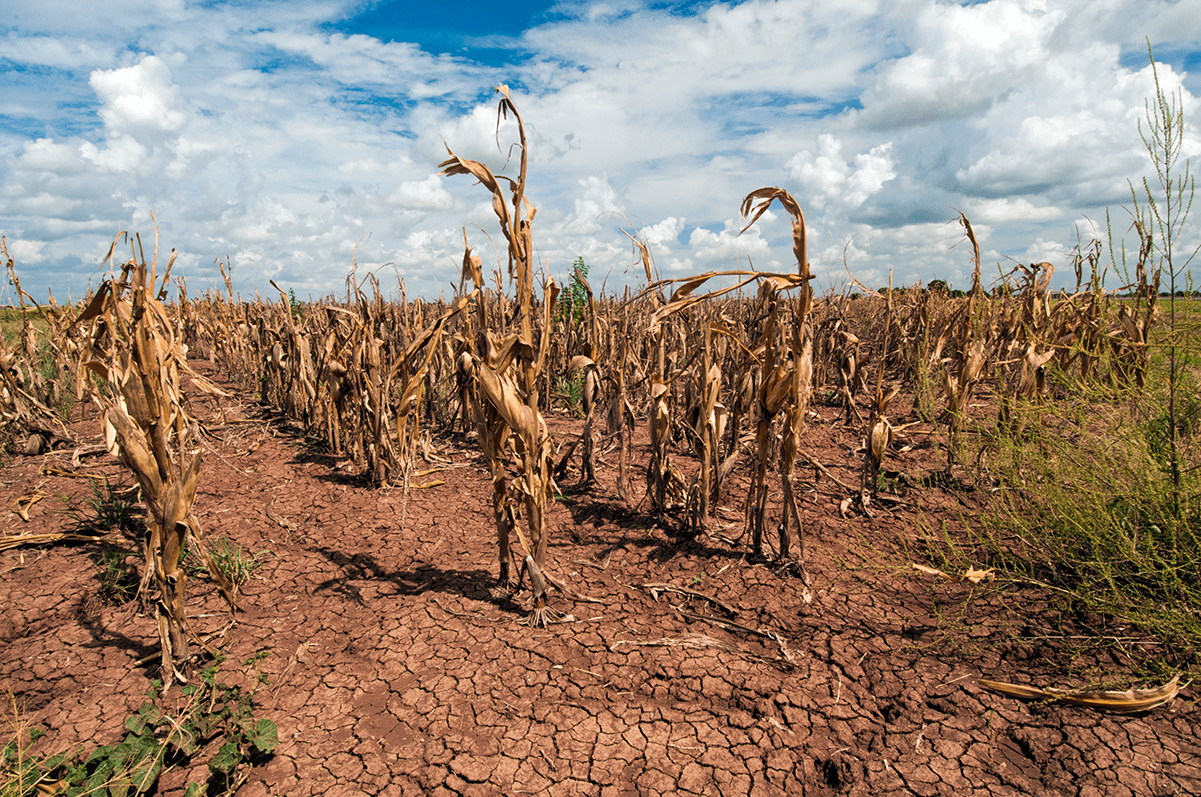 A new study projects 30% reduction in profits for farmers in 50 years due to flooding, drought and rising temps resulting from climate change. Fortunately, cover crops, perennial grains and other innovations can weather climate change *and* reduce agricultural runoff for our river. (Photo by USDA/Bob Nichols)

21st century America has the most advanced technology in the four billion-year history of planet Earth, and our farmers have machines that would make Henry Ford's brain melt. For decades, all of that horsepower and industrial wizardry has kept the graph line of agricultural production going up, up, UP.

But a new existential threat — climate change — has come for our crops. Unless we act fast, 22nd century America might not be so fortunate.

Ask any gardener: Sometimes you can plant in the perfect soil, use the right seeds, weed and cultivate assiduously, and then a week of scorching July temperatures upends all of the planning and work and you're left with brown stems and withered blossoms.

Play that scenario out on a cornfield and you get the same thing. We don't have to imagine what a heavy flood season will do. Just recall recent history: rising temps, drought, flooding, weird and destructive events like the derecho that collapsed grain bins in Iowa this past August. All of these are the manifestations of climate change and will only get worse in the decades to come, with massive implications for farmers' ability to grow the crops they're accustomed to.

For farmers who rely on six major crops — corn, soy, wheat, cotton, barley and rice — standing pat would slice their profits about 30%, according to new research in the journal Nature Communications. You didn't misread that: thirty percent, in an industry with already-thin margins.

As James Rising, the lead author of the study, told Marketplace: “All across the U.S., most counties by 50 years from now are going to have to be planting something different from what they’re currently planting, according to our projections." Marketplace's Sabri Ben-Achour notes that making this shift is expensive; "a lot of crops need specialized harvesting and planting machines, processing equipment and supply networks — not to mention decades of accumulated farmer expertise." And it also means accepting the science behind climate change and reacting accordingly.

A rapid agricultural transformation is clearly warranted. Fortunately we have a growing number of tools in our toolbox: Cover crops, perennial grains, a move from cattle feedlots to managed pasture, and other ag innovations are actually a thowback to the past, in that they seek to replicate natural ecosystems. Such crops and methods are a major part of an overall strategy to adjust to our changing planet while simultaneously cutting back on agriculture's carbon footprint. As a river-focused organization, FMR is also excited about what this transition means for water quality and the health of the Mississippi watershed.

We don't have time to waste — because in the 21st century, standing still means going backward.