Media coverage of our lawsuit against the state 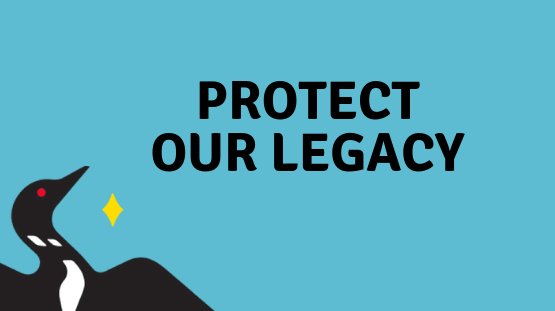 Fall 2018, FMR joined eight other conservation organizations in initiating a lawsuit against the State of Minnesota. It was an unusual move for us, but an important one to protect our constitutionally dedicated environmental funding. (To learn more about why see our original Water Blog post or our MINNPost commentary.) In 2019, we're advocating at the Legislature to restore the raid.

As media coverage rolls in, we'll be sure to post it here. And if you'd like to receive an email when we need your help taking action online, sign up to be an FMR River Guardian.

• MPR — November 13, 2018
The bad government of the MN Legislature’s final hours
news perspective by Bob Collins
"... The lawmakers who engineered the raid — DFLers and GOPers alike — defend their actions with a version of 'Six Degrees of the Environment' in which just about any project can somehow be connected to “air, water, land, fish, wildlife, and other natural resources.
On a larger scale, the complaints of the environmental groups highlight a greater need for institutional reform to close the sneaky, last-minute deal-making that is the hallmark of bad governing."

• Star Tribune — November 12, 2018
Legislators should undo raid on natural resources trust fund
commentary by Steve Morse, Minnesota Environmental Partnership executive director, and David Carlson, Minnesota Outdoor Heritage Alliance president
"On the very last day of the 2018 legislative session, at 4:35 in the afternoon, nine members of a conference committee met in the Capitol. Within 26 minutes, they approved an entirely new bill that packaged together $825 million in traditional bonding projects, trunk highway funds — and $45 million in projects to protect our air, water and land.
It also included a raid of the Environment and Natural Resources Trust Fund... ."

• MINNPost — October 24, 2018
Why we’re suing the state of Minnesota over the Environmental Trust Fund
commentary by Whitney Clark, FMR executive director, and Michael Noble, Fresh Energy executive director
"These legislative actions leave us no choice but to sue Minnesota Management and Budget, the state agency charged with selling these bonds. Minnesota’s next governor and Legislature deserve a chance to correct this mistake and fund the proposed projects at a much-reduced cost through traditional sources of funding. ..."

• Star Tribune — October 3, 2018
Conservation groups sue state over use of environmental fund
by Josephine Marcotty
"Eight conservation and environmental groups filed notice Wednesday that they will sue the state for tapping an environmental fund to finance $98 million in lake dredging, wastewater treatment and other infrastructure projects in a way that they say violates the Minnesota Constitution and betrays voters' trust. ..."

• MINNPost — October 3, 2018
Lawsuit over environmental trust fund may have implications for Legacy Amendment money
by Walker Orenstein
"Environmentalists were infuriated this year when Minnesota’s Legislature funneled money from a natural resources trust fund to pay for a $98 million bundle of infrastructure projects — the first known instance of such a maneuver. ..."

• Minnesota Public Radio — October 4, 2018
Conservation groups suing state over use of environment fund
by Kirsti Marohn
"A coalition of eight conservation groups has served notice that they plan to sue the state of Minnesota for using the Environment and Natural Resources Trust Fund to finance infrastructure projects. The groups include the Minnesota Environmental Partnership, Friends of the Mississippi River, the Izaak Walton League of Minnesota, the Minnesota Outdoor Heritage Alliance and others.
They are challenging the Legislature's action earlier this year to tap the fund to pay interest on $98 million in bonds for sewer improvements and other projects. ..."

• Bluestem Prarie — September 12, 2018
Broad coalition of conservation & environmental groups ask LCCMR not to raid trust funds
(Before we initiated a lawsuit)
"A broad coalition of more than thirty Minnesota hunting, fishing, conservation and environmental groups — ranging from Ducks Unlimited, the Minnesota Outdoor Heritage Alliance, and the Fish & Wildlife Alliance to Honor the Earth, Renewing the Countryside and our friends at CURE--have sent a letter to  the members of the Legislative Citizen Commission on Minnesota Resources (LCCMR) asking that they not proceed with approval of any work plans for projects that are proposed to be funded by appropriation bonds approved by the 2018 legislature. ..."