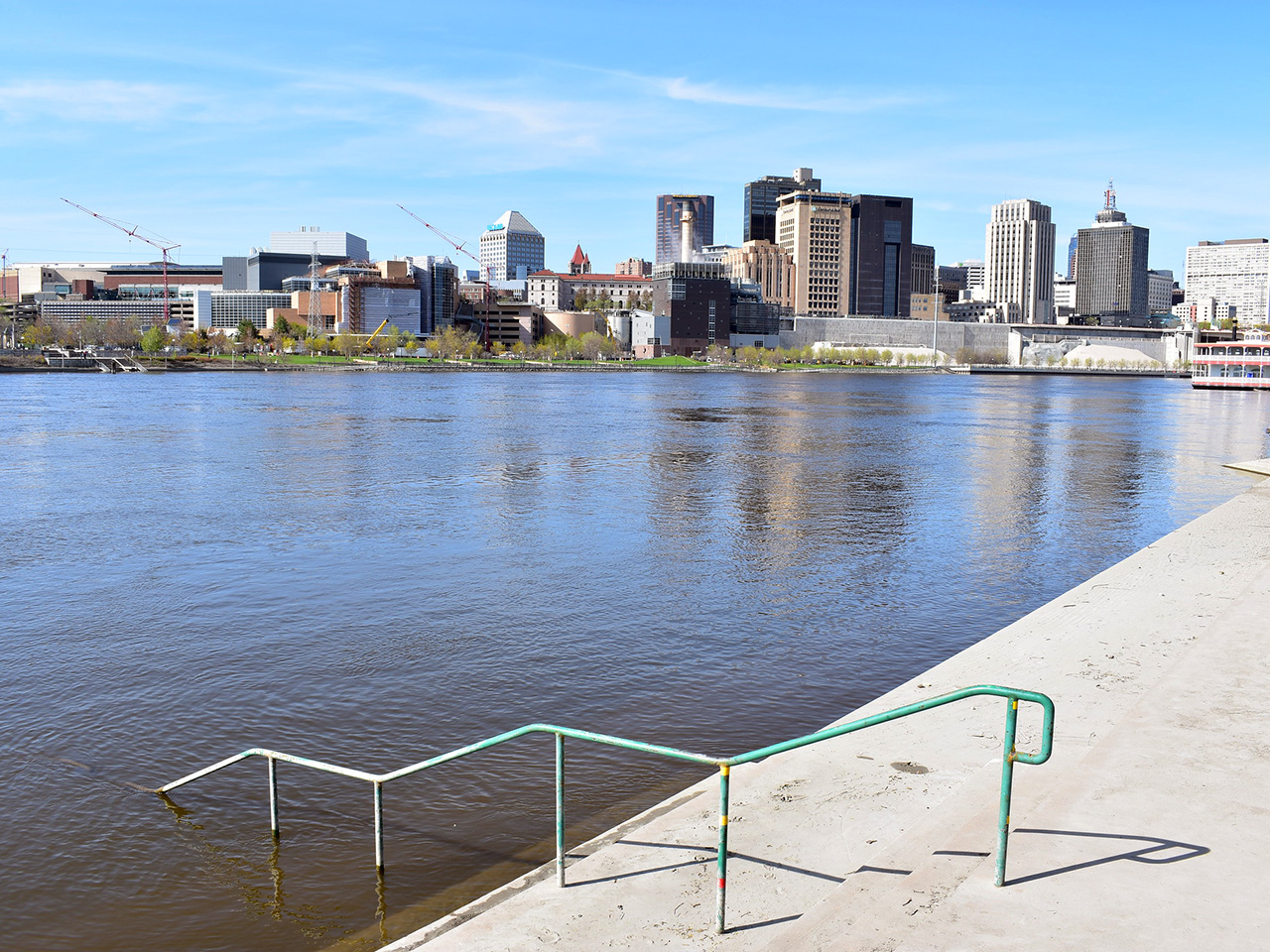 Spring has finally given way to summer in Minnesota, but those April showers just keep coming.

The persistent rain, fresh on the heels of a particularly heavy, late winter snowfall, has helped to make 2019 one of the worst flood years in recent memory. In fact, the National Weather Service says that flooding along parts of the Mississippi River has lasted longer than any period since the epic 1927 floods, and water levels in some areas are cresting higher than the disastrous 1993 season.

Although the Twin Cities region has largely avoided the worst of the damage, flash floods have impacted Lakeville, Fort Snelling State Park and other nearby locales, and St. Paul officials declared a flood emergency in March in order to tap into state and federal aid and resources. The MSP airport weather station has registered 16 inches of rain since January 1, the third highest total since measurements began, and the last twelve months were the wettest on record for the continental U.S.

While all of this water has made for damaged roads and lots of wet commutes for city dwellers, it’s even worse news for farm operations: Waterlogged soil across the region has forced many farmers to delay sowing their fields and, in a growing number of cases, to make the hard decision to forego planting some of their acreage entirely.

Typically, by this time of year, about 99% of the corn crop is already in the ground. This year, less than 80% has been planted so far, and the window is closing for farmers to plant corn at all since crop yields plunge when corn seed is sown after May.

This soaked spring has been an outlier, but it may also provide a good look at what’s to come as our climate continues to change. Warming temperatures contribute to higher rates of evaporation and rainfall, and they can also dry soil and make the land less absorbent. These factors contribute to the conditions for flooding and poor crop yields.

How clean-water crops could make our state more flood-resilient

Although we have a long way to go, promising new developments in clean-water agriculture — including the introduction of perennial crops that retain more carbon and help to manage field drainage and nitrate levels — give us hope that we can adapt to this “new normal.”

Building the political will to try bold new ideas requires quick and decisive action, and your continued support (as a River Guardian and/or a member) will be crucial to moving these solutions from the drawing board to the fields.

Here's a list of some local and national flooding-related articles and updates, along with a fresh reminder of what it means when you hear the phrase "100-year storm":