Who ate the sardines? A wildlife camera mystery | Friends of the Mississippi River
Skip to main content

Who ate the sardines? A wildlife camera mystery 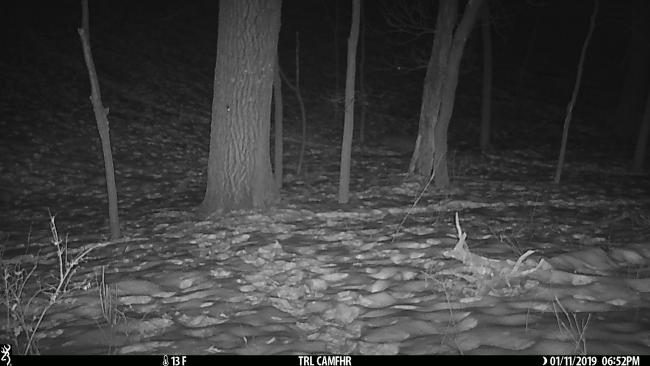 FMR recently set up a wildlife camera at the Flint Hills Resources Pine Bend Bluffs property, in hopes of catching sight of a fisher. We spotted one last year just downstream at Spring Lake Park, so we knew fishers could be in the area. After placing sardine bait on a tree, we sat back to see what would happen.

My expectation was that a raccoon would come along and devour it all. I was totally wrong! I actually don't know what or who ate the sardines, but I have a pretty good clue.

There's a very small animal at the tree in the first photo above — see it? If not, look closer. That bright spot on the tree trunk is the eye shine of a mouse. I saw quite a runway of tracks to the tree from nearby trees, so I think mice must have visited a lot.

While no photo shows the mice directly on the sardine bait, it appears the mice may not have been big enough to trigger the camera. Look at that photo again. There's another shadowy figure, just right of center, behind a tree. It's the tail of a coyote, which is very clear in the next photo, below. 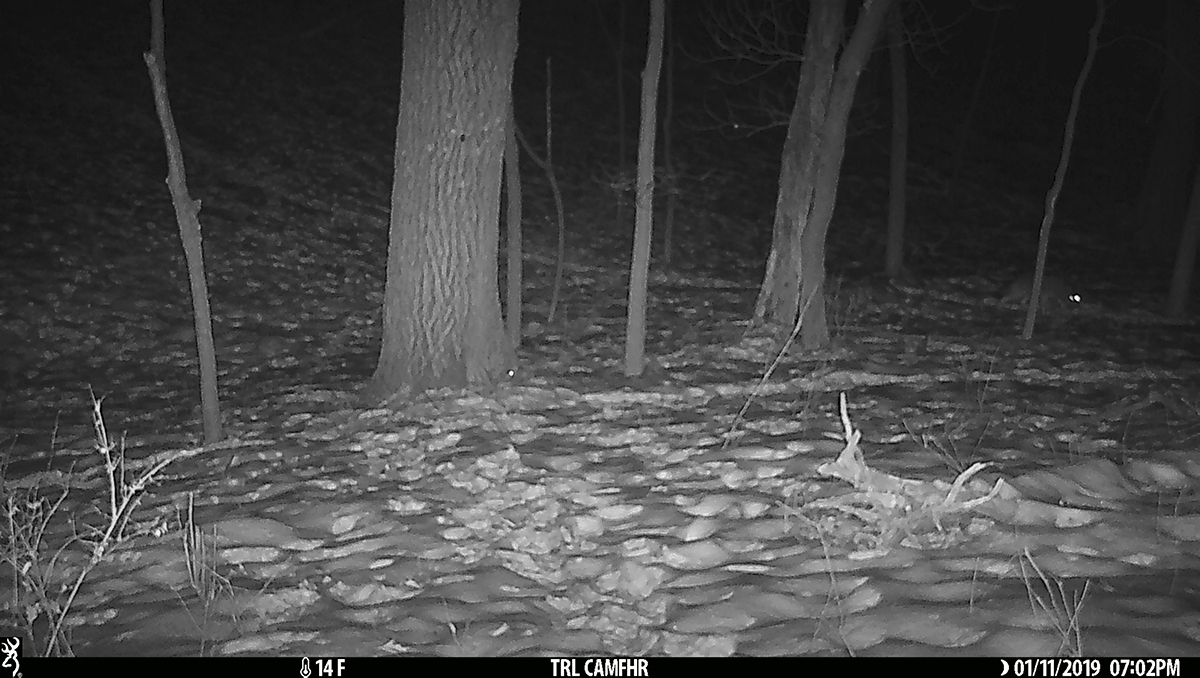 It may actually be the coyote that triggered the camera, not the mice, because we never saw any animal actually at the bait. One day the bait was there, the next day it was gone. The camera slept through the whole thing.

But what about that coyote? It showed no interest in the sardines at all. Well, I can't say I blame the coyote — I'm not much of a fan either. 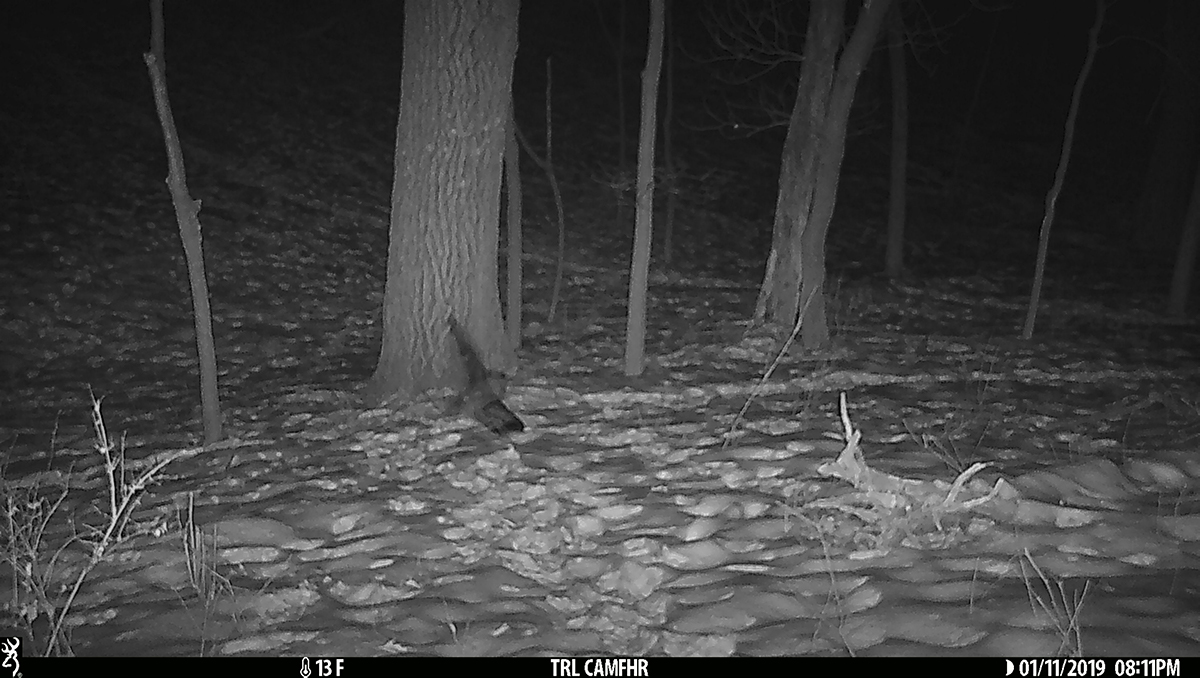 The story doesn't end there. The last photo a few minutes later completes the food chain. An owl got wind of all the mouse activity and decided to get in on the action. I can't tell if it was successful or not. Given the relatively small size of the bird, we suspect it was a screech owl, but haven't confirmed.

Though a fisher is still elusive at this location, it's great to get a glimpse of other wildlife that make FMR-restored habitat their home.

Read more on our conservation blog.