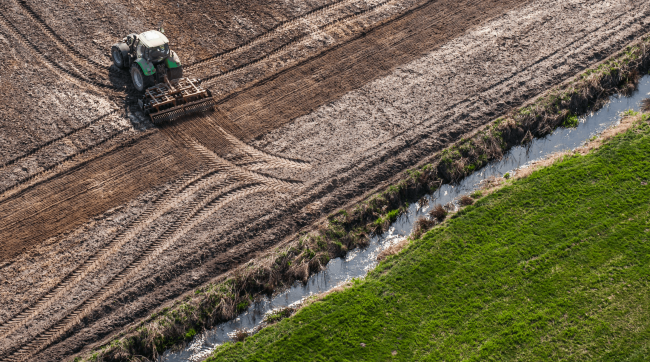 On Monday, April 16, the Minnesota House of Representatives voted 69-56 to pass a bill that will block the state’s Groundwater Protection Rule from going into effect without legislative approval. The rule would regulate farmers' use of nitrogen fertilizer in areas where groundwater is sensitive to nitrate contamination. (We recommend MPR's coverage of the vote.)

We also object to author Rep. Jeff Backer's claims that agricultural producers were “blindsided” by the proposed rule. The draft rule is the product of a planning and rulemaking process that began in 2010, and has been the subject of nearly unprecedented public outreach and engagement by the Minnesota Department of Agriculture.

The good news is that Gov. Mark Dayton has committed to vetoing the bill!

Even better news:  Thanks to strong opposition from House Democrats and multiple GOP representatives, the vote count in the House is well short of what supporters need to override the governor's veto! Thanks to FMR River Guardians and everyone who spoke to their legislators in opposition to this bill!

Nevertheless... the threat remains:  The same blocking language exists in several other bills, including the House and Senate omnibus agricultural policy bills, and may yet advance to Gov. Mark Dayton's desk as a part of other legislation.

Bad environmental bills like this one are why FMR needs your help to protect our waters.

The best way to help us stop bad environmental bills this session is to join us for Water Action Day — our day of public action and advocacy to let lawmakers know we care about our water.

This all-day event will include free breakfast & lunch, the #ProtectOurWater rally in the rotunda with Gov. Mark (invited) and Winona LaDuke, briefings on Minnesota's water issues and meetings with legislators throughout the day.

Its free, fun, and you can sign up for all or part of the day — whatever works for you!

Many of FMR's victories are thanks to our strong base of advocates. Sign up to become a River Guardian, and we'll email you when an important river issue arises and make it quick and easy to contact decision makers. River Guardians are also invited to special events, including happy hours, about important legislative and metro river corridor issues.