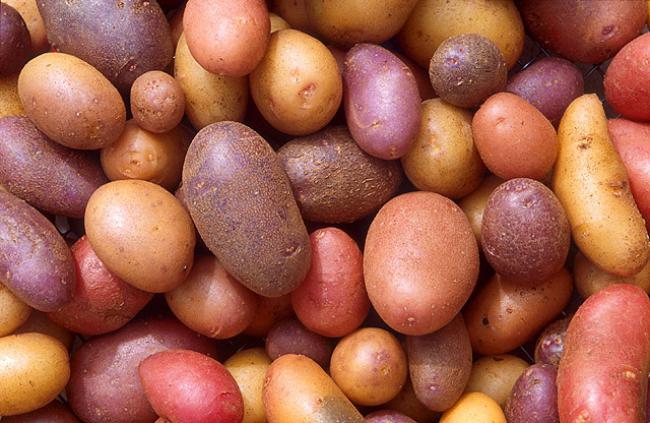 A bushel of trouble: a controversial effort to clearcut forests for potato cultivation in northern Minnesota lands in court. (Photo: USDA)

This January, and again this spring, we noted that the long-simmering “pinelands to potatoes” controversy was starting to bubble over.

Now, a well-connected and highly controversial agribusiness project is coming face to face with one of Minnesota’s bedrock environmental protections. Someone has to win in court and the consequences will reverberate for years to come.

In 2015, one of the nation’s largest agribusinesses (Fargo-based R.D. Offut Company or ‘RDO’) bought about 8,000 acres of forestland in Minnesota’s northern Pineland Sands region. The plan: clear cut the land, tap the aquifer below with irrigation wells and grow lots of potatoes.

The region's sandy soils are great for spuds but a poor choice for potato farming. The area’s aquifers are already stressed from overuse. Sandy soils make groundwater especially vulnerable to contamination – putting local drinking water and public health at risk.

Despite this, RDO applied for permits to build 54 new irrigation wells.

To permit or not to permit: that is the question

With a project of this size and potential impact, the law directs the Department of Natural Resources (DNR) to follow the standard process and require an initial environmental report called an Environmental Assessment Worksheet.

Instead, the agency dropped the environmental review requirements in exchange for a reduction in the number of wells proposed in the project. And this is where things got…interesting.

RDO turned to an obscure leasing scheme that the Environmental Working Group describes as a "strawman permit" approach. To skirt environmental review, RDO got small local farmers to apply for a series of individual irrigation permits. Then, RDO leases their land back for use in its own operations.

For example, in 2017, RDO sold about 600 acres of its new holdings to Tim Nolte, an area farmer. As part of the sale, Nolte agreed to lease back acres to RDO for potato production, after securing irrigation permits totaling ~100 million gallons per year.

In this way, the company can control the land and secure the irrigation wells while avoiding required environmental review.

Despite headlines alerting the Minnesota Department of Natural Resources (DNR) to the strawman approach, the agency in June of this year again refused to conduct the environmental review.

In response, the Environmental Working Group has now filed a lawsuit to force the DNR’s hand, claiming that the state agency has failed in its duty to protect human health and the environment.

A number of high-profile organizations and individuals, including Honor the Earth, the Pollinator Stewardship Council, retired senior agency officials and a network of local farmers are submitting additional amicus briefs in support of the suit.

Arguments are expected in December and a decision is expected by early spring.

What's next - and at stake

It’s both remarkable and frustrating that this level of third-party legal effort is required to force a state-funded regulatory agency to honor both the spirit and letter of the law. But here we stand.

At the heart of this case is whether our state agencies are willing to require basic environmental assessments of large projects, even when proposers are caught using tactics to evade or deceive regulators.

If successful, the case will do more than just force RDO to play by the rules. It will reaffirm the state’s responsibility to assess the cumulative environmental impact of large projects that pose a risk to Minnesota's environment and public health.

If it fails, we open the door to a “gold rush” of clearcutting in the Pineland Sands region, normalize deceptive and evasive permit tactics throughout the state and further push the costs of increased water contamination and overuse onto the public.

FMR's water program is working with partners across the state to address many water pollution and public health issues like this.

Please sign up as a River Guardian and we'll email you when there's a chance to act quickly online for the river. Plus you'll be invited to special events like educational happy hours.

More from our Water Blog