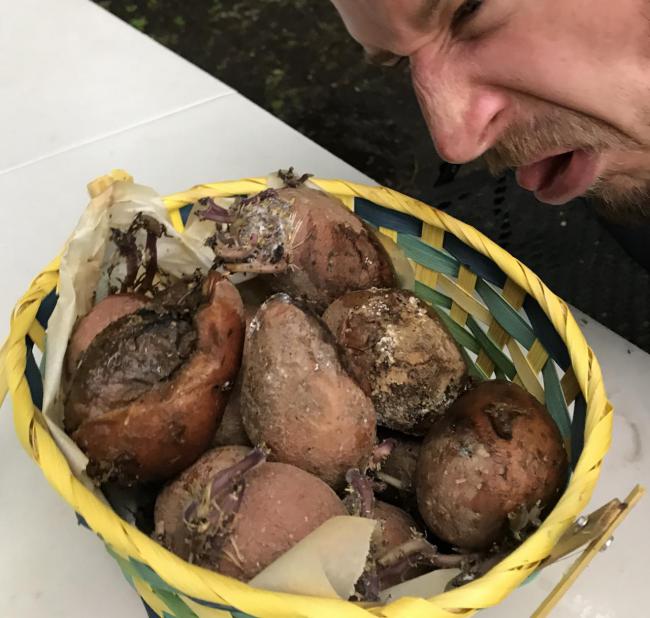 Update (July 10): Since this story was originally published, the MN Department of Natural Resources (DNR) ruled that Tim Nolte, the farmer at the center of this dispute, could move forward without conducting an extensive review of his proposal's environmental impacts. The nonprofit watchdog Environmental Working Group (EWG) plans to appeal the decision, saying that the "DNR has failed in its duty to protect human health and the environment." We at Friends of the Mississippi River are baffled by the DNR's about-face on this issue, and applaud EWG's continued efforts to safeguard Minnesotans' drinking water and natural places.

Let's play a guessing game. (Presumably, you already read this blog's headline, so it might be an easy one.) What corporate giant has just been implicated in a scheme to dodge environmental oversight by cooking their books? Exxon? BP? Enbridge?

This is a company you probably haven't heard of: R.D. Offutt Farms, the country's largest potato grower (and largest farm, period), which enjoys annual profits of $2.5 billion and supplies the like of McDonald's with french fries. I love my job, but if I'd known there was that kind of money in spuds, I might've taken a different career path. But I digress. The point is, this is the top rank of Big Ag.

We wrote about Offutt back in January in a story about how potato farming in the Pineland Sands region of Minnesota — right near the headwaters of the Mississippi River — poses a threat to drinking water supplies. At the time, we had suspicions that the company was trying to escape environmental oversight and regulation under the guise of doing honest business with a local family farmer. That way, Offutt wouldn't have to face the heightened scrutiny that comes with spearheading a vast project with the potential to damage our waters; instead, they could claim that they were just one part of it.

Now, according to some solid investigative work by the Environmental Working Group here in Minnesota, we have evidence that that's exactly what is happening. I highly recommend reading the post detailing their conclusions.

With this new evidence in hand, we sincerely hope that the Minnesota Department of Natural Resources will make the right decision and address R.D. Offut's scheme with the skepticism it so richly deserves, in order to protect our river and our rural communities.

FMR's water program is working with partners across the state to address many water pollution and public health issues. Sign up as a River Guardian and we'll email you when there's a chance to act quickly online for the river. Plus you'll be invited to special events like educational happy hours.

Read more from our water blog.