Habitat in the city: the power of the single yard | Friends of the Mississippi River
Skip to main content

Habitat in the city: the power of the single yard 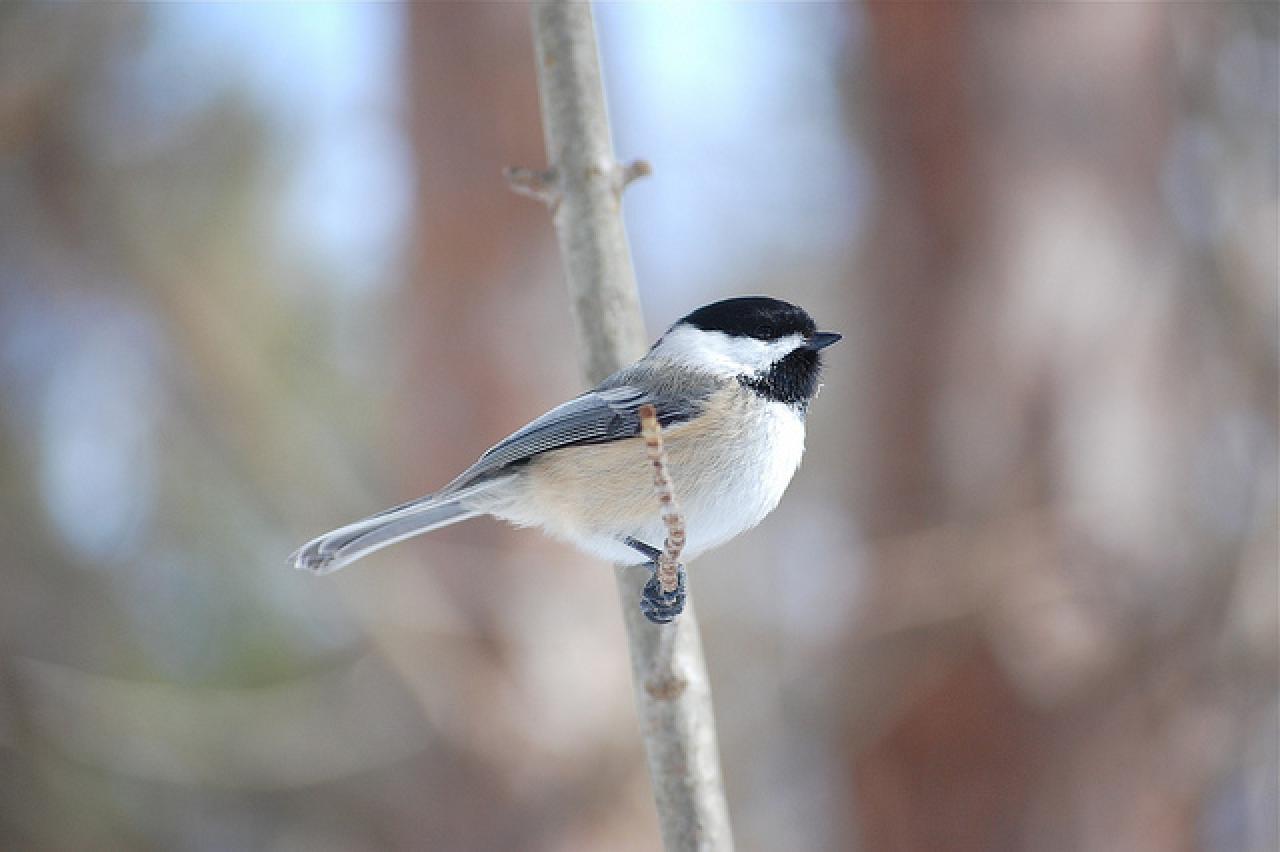 The first time I flew into the Twin Cities, I was surprised and delighted by the amount of tree canopy visible from the plane window. Here was an urban area that valued green spaces, parks and homes with yards. All that green space creates not only two beautiful cities, but also habitat for birds and other wildlife.

A recent study, however, indicates that not all trees and shrubs are equally useful if you’re a bird.

Authors of a 2018 study published in the Proceedings of the National Academy of Sciences monitored the reproduction and survival of Carolina chickadees (Poecile carolinensis) in residential yards in Washington, D.C. The researchers found that when the amount of any non-native plants in a yard increased, insect availability declined. And because chickadees are insectivores, their population growth declined too.

Many of us know that plant species like European buckthorn (Rhamnus cathartica) are non-native and considered “invasive.” These plants spread aggressively, outcompeting others that are native to the area. FMR’s ecologists and volunteers work hard every year to reduce the impact of these invasive plants at scores of sites across the metropolitan area.

But the results of this new study suggest that even those plants that do not spread with the same vigor as buckthorn — even the plants that we use to landscape our yards and neighborhoods — may not be so benign.

Why native plants are for the birds

Over 90 percent of plant-eating insects have evolved to rely on only a few kinds of native plants, or, in some cases just one particular native plant. Non-native plants haven't evolved with birds and other animals from a given region, so they don't provide food for some critters in the food web.

As a result, land growing mostly non-native plants supports fewer and less diverse insect communities. For insect-eating birds like chickadees, this spells trouble — and maybe even bigger trouble for birds with more specialized diets than chickadees.

In this study, researchers found that in residential yards that grew mostly non-native plants, insects declined and chickadees were forced to switch to less preferred food. The birds then produced fewer young or failed to reproduce altogether.

In areas where non-native plants made up more than 30 percent of the plant “biomass” (total plant organic matter), chickadee populations could not be sustained. Their population declined. 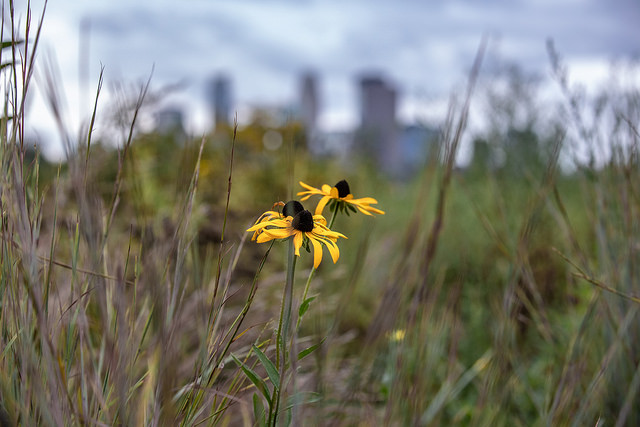 Saving birds in our own backyard

There is some good news. Residential yards with more than 70 percent native plant biomass showed a greater potential to support chickadee populations. That means that even the smallest backyard can provide important food supply for insect-hungry birds.

Some of FMR's restoration sites are petite, tucked away in the middle of urban developments. We've restored 2 acres of prairie at Ole Olson Park in North Minneapolis. River Oaks Park in Cottage Grove's 2 acres is made up of woodland, savanna and bluff prairie habitat. On Nicollet Island in Minneapolis, FMR is restoring a number of small pockets of native habitat, including two 1-acre prairies and a 1.3-acre woodland.

The implications of this study are clear: those of us with yards have the power to make a difference for wildlife. Take a look at your own yard. Could you replace lawn and non-native ornamentals with native woodland or prairie plants?

We've put together a list of resources so you can learn more about landscaping for the river and for wildlife.

Imagine the impact we can have improving habitat right here in the city, one yard at a time.