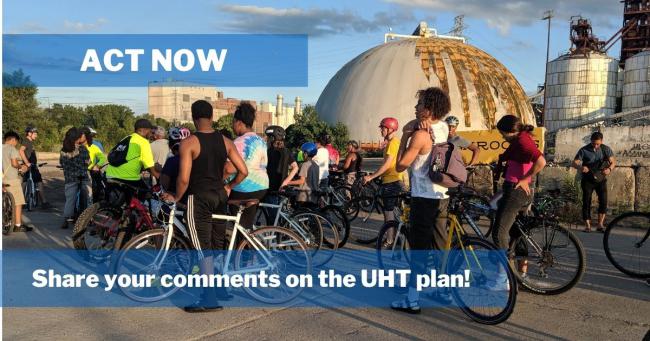 The City of Minneapolis is collecting comments on its draft coordinated development plan through January 15 for the Upper Harbor Terminal redevelopment site in North Minneapolis.

This site, which is 48 acres of city-owned land on nearly a mile of Mississippi riverfront, represents a rare opportunity for equitable, creative, transformative community development. We believe that the city's plan falls far short of this potential.

Submit your comments and more

All Minneapolis residents are encouraged to share their feedback on the draft plan with the city by January 15. After that comment period closes, the city may make revisions to the coordinated plan before the city council is asked to vote on it. The city council is scheduled to make their final vote on the plan in late February.

If you'd like to learn more about the Upper Harbor Terminal, here's how:

• Review the city's draft coordinated development plan.
• Read FMR's reaction to the draft plan as well as our past articles about the project.
• Check out the Money Power Land Solidarity podcast.
• Join us on January 7 from 5-6 pm for a virtual information session and discussion about the plan.

This Action Alert is no longer available. Sign up to be a River Guardian and we'll keep you updated when the river needs your support. Visit our River Corridor Blog to learn about similar issues.