Now through January 15, community members can weigh in on the draft plan for this city-owned, riverfront land. (Photo by Tom Reiter for FMR)

After years of planning and community debate, the city of Minneapolis has released its draft coordinated development plan for the city-owned Upper Harbor Terminal (UHT) site on the North Minneapolis riverfront.

This 48-acre parcel includes nearly a mile of Mississippi riverfront. FMR has been closely following the planning process — and the controversy surrounding it — for many years.

The city is soliciting public comments on the draft plan through January 15. After the comment period closes, the city may make revisions to the coordinated plan before the city council is asked to vote on it. The city council is scheduled to make their final vote on the plan in late February.

We encourage advocates to participate in this public comment period before the January 15 deadline. After that, we will also be encouraging advocates to continue contacting their city councilmembers before they vote on the plan.

FMR has consistently opposed this development plan since early concepts were released over two years ago. We've worked with many community members and organizations to advocate for a better plan that brings more equitable outcomes and less risk of displacement for North Minneapolis residents.

We've been disappointed by the city-led planning and engagement process over the past few years. The engagement process has intentionally limited residents' ability to question certain elements of the plan (namely the concert venue).

Most of the planning has been narrowly centered around a Collaborative Planning Committee that has experienced controversy including member resignations and attempts to prevent the media from fully reporting on their work. The primary participation opportunities offered for residents have been "community learning tables" that have been inaccessible in a variety of ways (ranging from the four-hour meeting length to the lack of inclusion for non-English speakers).

We're reviewing the coordinated plan and will share our full comments when they're available. Here are some of our key questions and concerns: 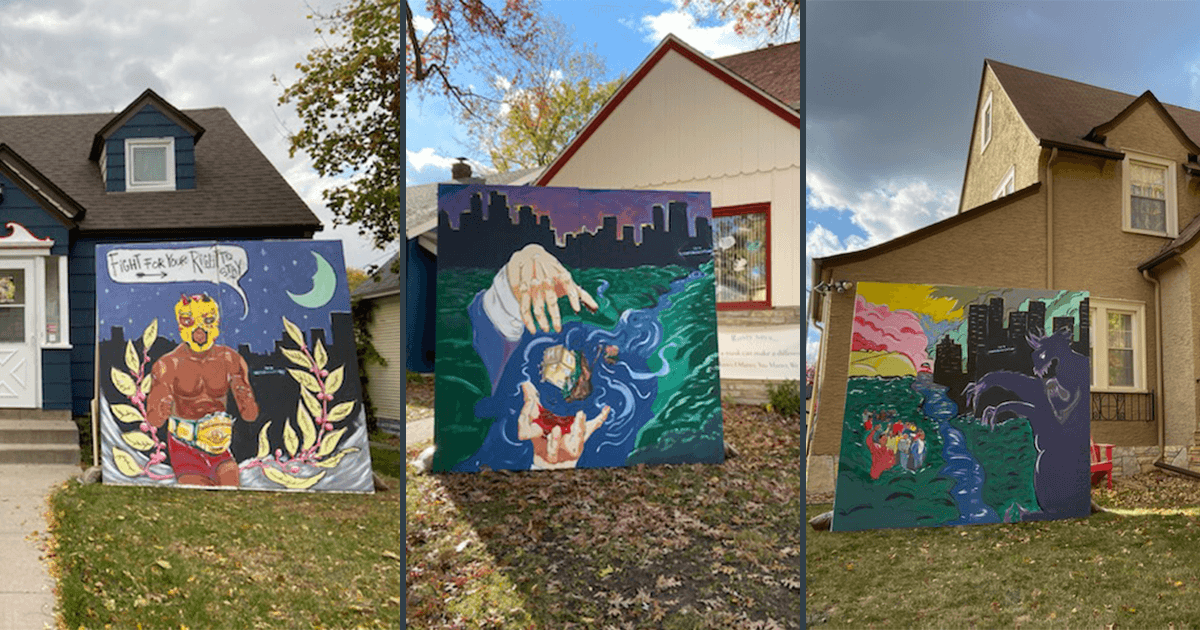 Artists and organizers Sebastian Rivera and Ricardo Perez created these traveling murals to highlight gentrification and other community concerns about UHT.

There are several ways to learn more about UHT in the coming weeks and get involved in the public comment process. The Minneapolis city council will be primarily interested in hearing from Minneapolis residents during this time, though we welcome anyone interested in attending our upcoming webinar. We urge you to invite your Minneapolis friends, family and neighbors to join us: