MRCCA riverfront protections update: You made a difference! | Friends of the Mississippi River
Skip to main content

MRCCA riverfront protections update: You made a difference!

St. Paul is about to adopt a new ordinance to guide riverfront development, enhance wildlife habitat and help protect special places such as the Bruce Vento Nature Sanctuary.

Here's an update on what Minneapolis, St. Paul and other cities have done so far.

The Minneapolis city council and mayor approved the city's MRCCA ordinance in December; the ordinance is now awaiting state approval from the Minnesota Department of Natural Resources. We're pleased that the first adopted MRCCA ordinance is such a strong ordinance, setting a great example for other communities to follow.

FMR recommended several changes throughout the ordinance development process, as did our fellow advocates and River Guardians. Your advocacy made a difference! The city adopted most of the changes we requested. Overall, the city's ordinance is excellent and exceeds state minimum standards in notable ways.

One of the changes we were most eager to see was the addition of bird protections, such as bird-safe lighting and glass.

Many people joined FMR's call for these requirements, including 120 River Guardians who contacted their city councilmembers. The city planning commissioners and councilmembers agreed that it's important to add special bird protections along the crucial Mississippi River flyway.

Thanks to your advocacy, the new ordinance has several improvements for bird safety, including an entire section on lighting standards.

Light pollution poses a navigational challenge and safety risk to migrating birds. The new ordinance requires actions shown to help during migration seasons, such as: reducing unneeded lighting (such as decorative uplighting), shielding lighting downwards, and turning off some lighting.

More to come in Minneapolis

However, Minneapolis leaders agree with us that there is more work to be done to improve bird safety. They also respected staff requests for more time to work out the details of these additional requirements.

The council and planning commission directed staff to bring forward a recommendation for requirements related to bird-safe building materials, bird-safe lighting and bird-friendly vegetation management in the Critical Area by May 2021.

We anticipate the city amending its MRCCA ordinance later this year to include even more bird-safe requirements. We'll continue working with city staff and leaders throughout this process and will alert our River Guardians if there are opportunities to weigh in.

This is a terrific advocacy success! Not only will our state's biggest riverfront city have new science-based provisions that reduce harm to wildlife and promote safe passage for species with whom we share this land, but Minneapolis' leadership will encourage other cities to do the same. 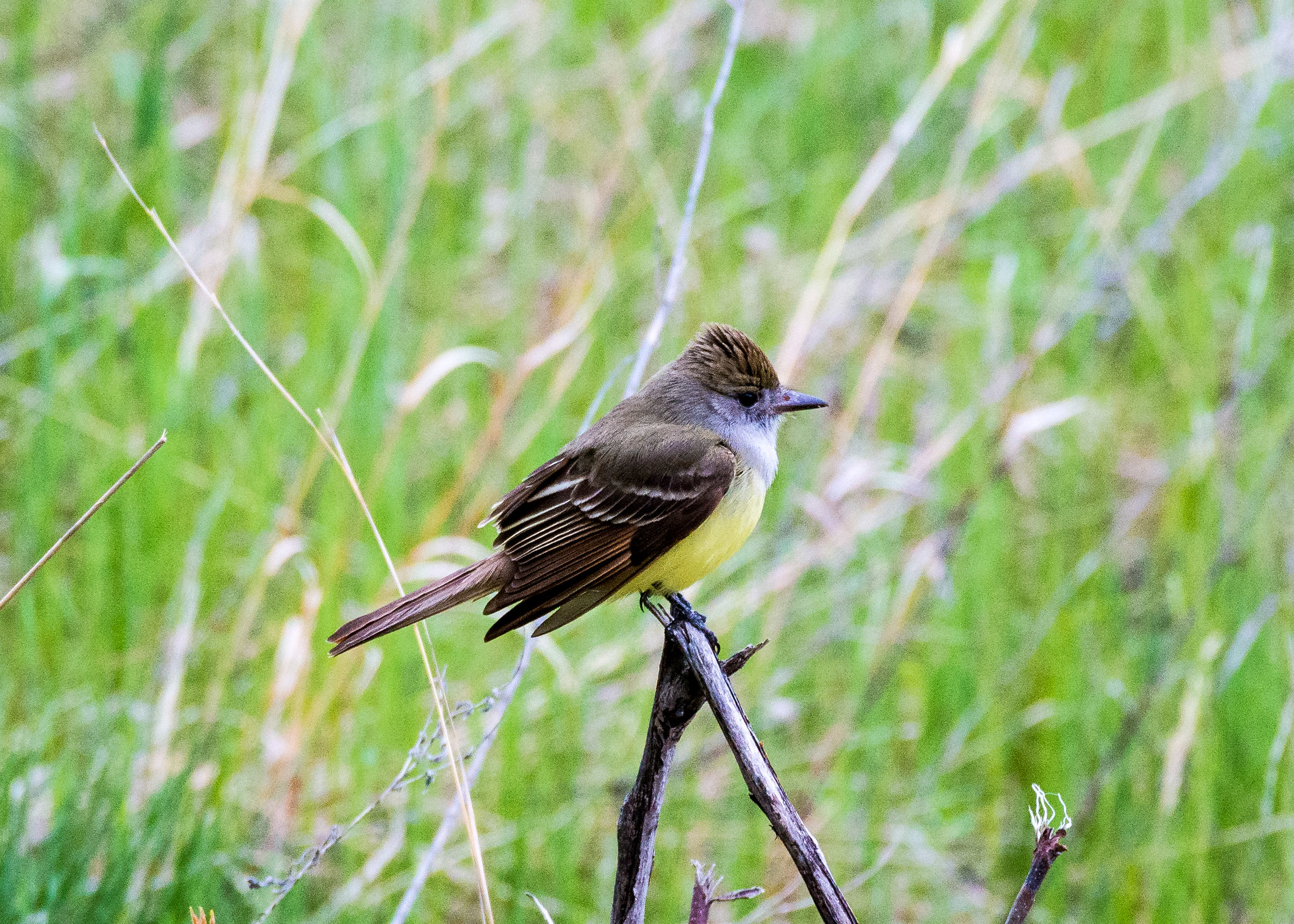 The Great Crested Flycatcher is among the 270 bird species who depend on safe passage along the Twin Cities Mississippi River flyway. (Photo by John Soucheray for FMR)

St. Paul is right on Minneapolis' heels. The capital city plans to begin the public comment process for its MRCCA ordinance within the next two to three months.

While the draft ordinance isn't officially available for public comment yet, city staff have generously shared their working versions with us. Based on what we've seen so far, we hope to see these key changes to the ordinance:

When the public comment period opens, we'll let our St. Paul members and River Guardians know. We'll host a virtual workshop to review the ordinance, answer your questions and share how you can weigh in.

What's happening in your city?

Check out our full list of MRCCA communities to see when they'll begin their work. Or sign up to become a River Guardian and we'll let you know when your city’s process is underway.

Explore our videos, interactive maps and other resources that explain the MRCCA ordinance from A to Z.