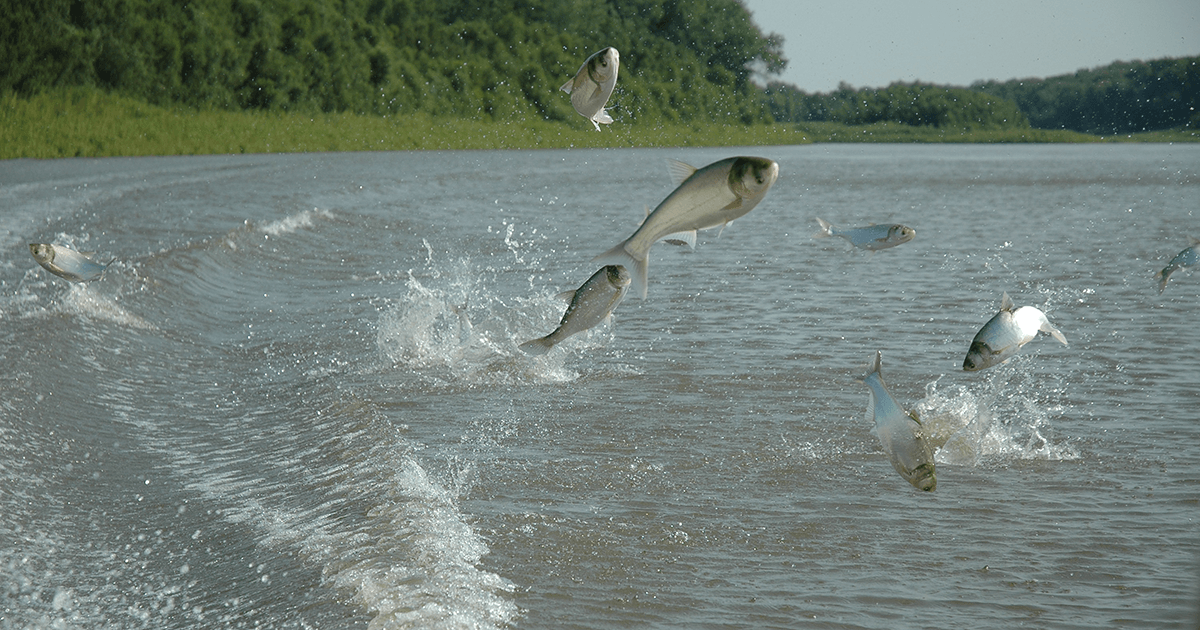 A recent invasive carp round-up on the Mississippi in southern Minnesota is a reminder that these fish pose an ongoing threat to Minnesota's waterways. (Photo: T. Lawrence, GLFC)

Invasive carp have been steadily working their way up the Mississippi River since the 1970s. Their presence can cause immeasurable harm to river ecosystems and communities along the way.

While multiple species of invasive carp are known to be present in Minnesota, we don't know the full extent of the population or whether carp are reproducing in our waterways.

In early April, Minnesota, Wisconsin and federal agencies harvested about 30 invasive carp in Pool 8 of the Mississippi River near La Crosse, WI. The round-up used a relatively new strategy called the modified-unified method.

The process involves using underwater speakers and electric current (which bother invasive carp more than they bother native fish) to herd the carp into a small netted area. Any native fish are then released from the nets; invasive carp are destroyed. (Read more about the process in articles from the Star Tribune and Minnesota Public Radio.)

This catch is just one of many that confirm the ongoing presence of invasive carp in Minnesota. Tools for stopping the carp are limited, but some of the locks and dams on the upper Mississippi can help serve as barriers to carp migration if properly designed and operated. Lock and Dam 5, near Lake Pepin, holds particular potential if special barriers can be installed soon.

FMR is a member of the Stop Carp Coalition, which successfully advocated for the closure of the Upper St. Anthony Falls lock to help block invasive carp from the upper Mississippi and its headwaters.

Our coalition urges the DNR to update its Invasive Carp Action Plan as quickly as possible to ensure ongoing, science-based efforts to limit the harm of invasive carp to Minnesota's waterways.

More from the land use and development blog