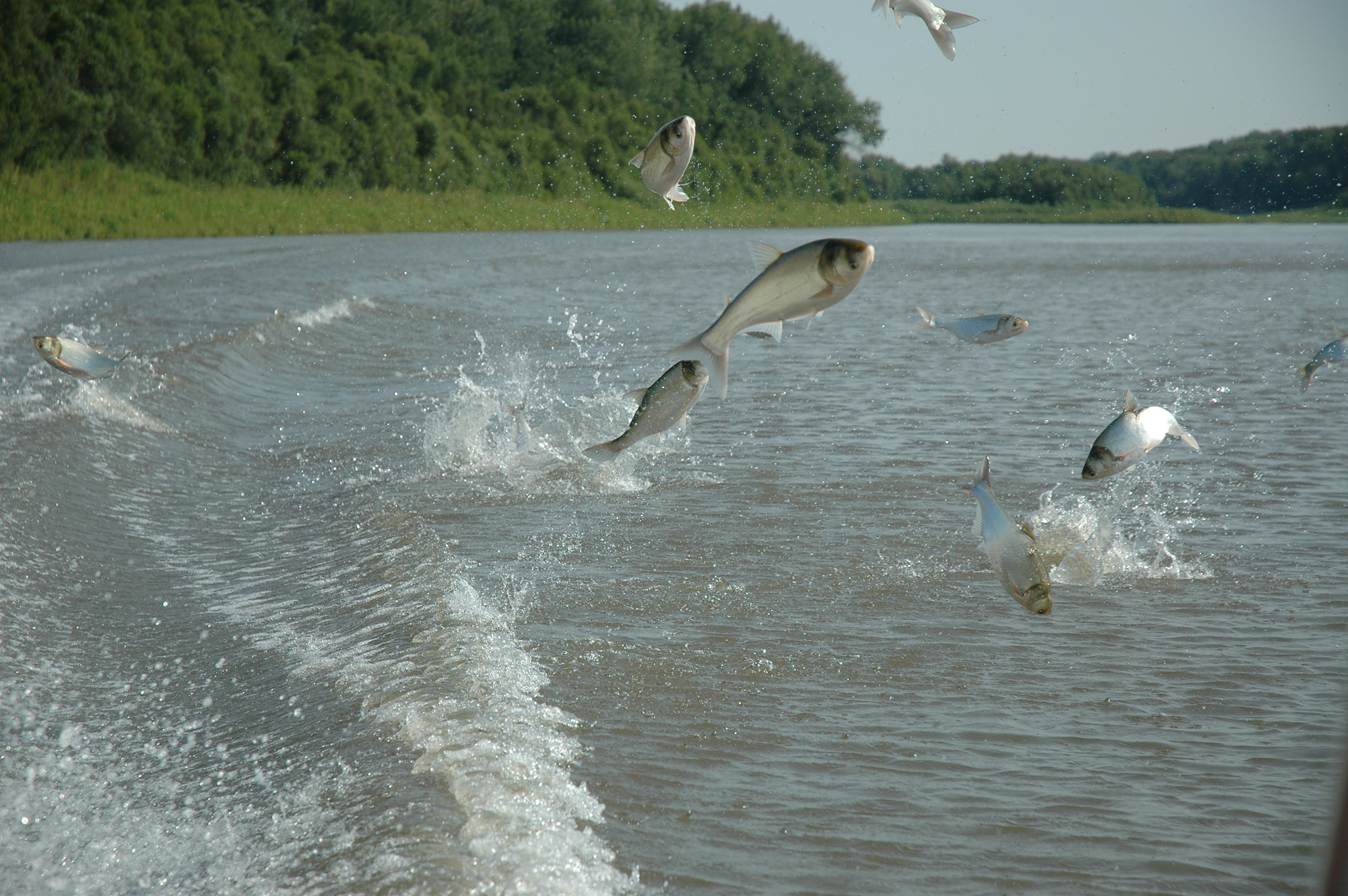 Silver carp jump when disturbed by boaters and other activity, making them both damaging and dangerous. (Photo: T. Lawrence for the Great Lakes Fishery Commission)

In recent years, record numbers of invasive carp have been found in Minnesota, particularly in the Mississippi River through southern Minnesota.

Silver and bighead carp are predators whose spread can destroy ecosystems and harm recreational activities. They can even injure people; silver carp can weigh up to 40 pounds and jump high enough out of the water to hit boaters.

And they're continuing their upstream spread into Minnesota.

At a recent collaborative forum, researchers and ecologists shared what we're learning about invasive carp's presence in Minnesota and how we might stop them. The Star Tribune reported on the lively discussion the forum provoked.

One promising strategy, as highlighted by Dr. Peter Sorensen from the University of Minnesota, is to modify Lock and Dam 5 (just upstream of Winona, MN) to block carp's ability to swim over the dam. Adjustments to dam gates could be easily made; adding sound and light deterrents would improve the barrier even more.

In his presentation, Department of Natural Resources (DNR) scientist Luther Aadland advocated for improving the river's health, which will improve the resiliency of native species including those who prey on carp. Dam removal is one way to significantly improve river ecosystems.

While locks and dams downstream of the Twin Cities will remain in place for the foreseeable future to facilitate commercial shipping, dam removal is a possibility for two dams right in the heart of Minneapolis and St. Paul. (Read more about the future of the Twin Cities' dams.)

Improving the river's health in this way would make the Twin Cities river, and its inhabitants, better able to withstand the impacts of invasive carp should they find their way further upstream.

But if invasive carp reach Minneapolis and St. Paul, they will have already moved into beloved Mississippi River tributaries such as the St. Croix and Minnesota rivers, as well as Lake Pepin.

We can't afford to let that happen. We need more action right now. We're advocating for the DNR to lead this work, starting with a timely update to its Invasive Carp Action Plan.

All of the presentations and recordings from the recent Invasive Carp in Minnesota forum are available online for viewing.