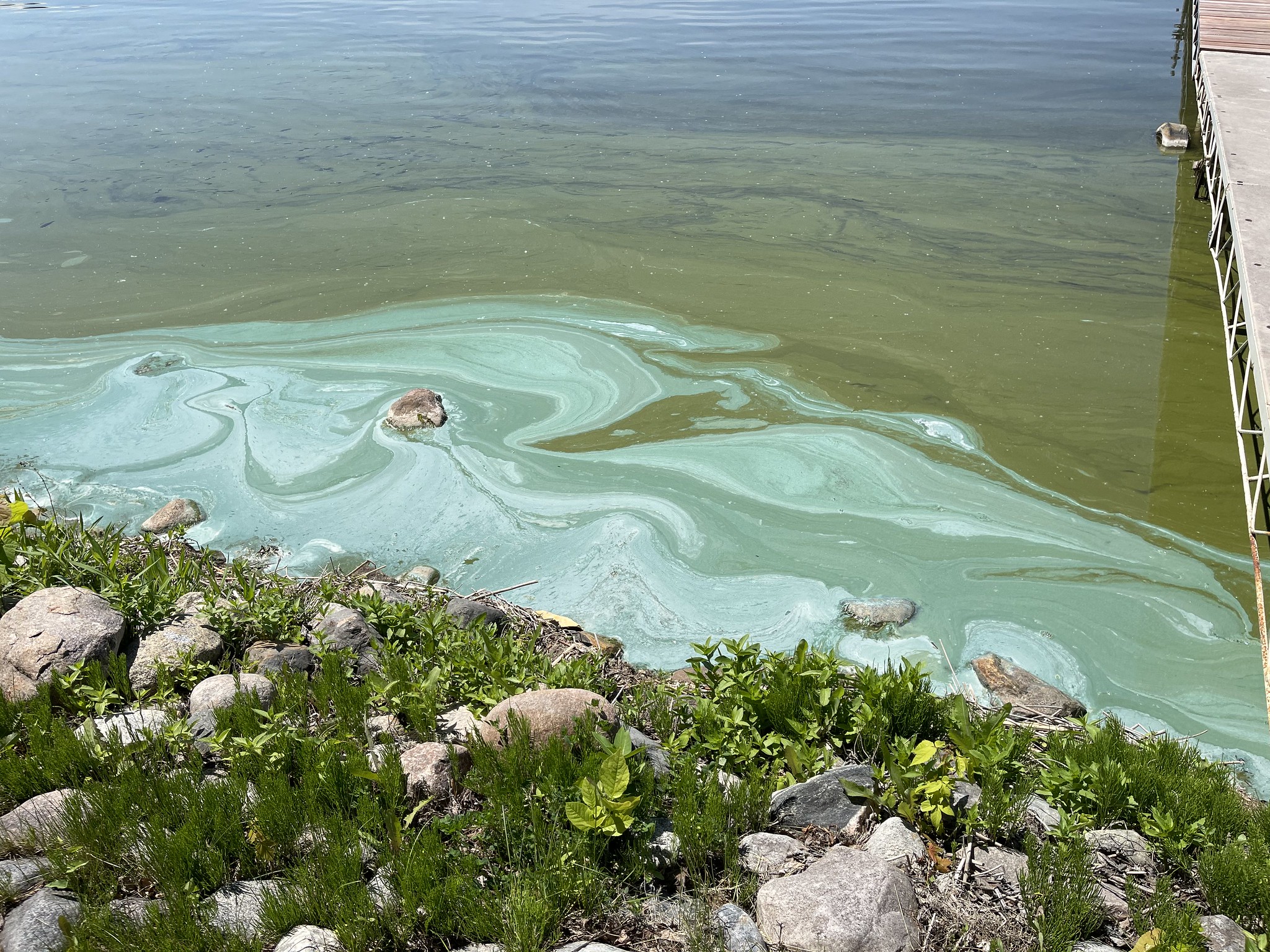 Blue-green algae blooms are often described as looking soupy or paint-like. (Photo by the MPCA)

Days of sweltering highs in the upper 90s are becoming less of a rarity in Minnesota. These heat waves can be dangerous, bringing increased health risks and contributing to climbing pollution levels.

Many people don't realize this type of heat also takes a toll on their favorite waters, particularly lakes and ponds. How? By fueling the increasing prevalence of harmful blue-green algae blooms that shut down popular beaches, sicken animals and negatively impact water quality.

Blue-green algae, despite its name, isn't actually algae. It's cyanobacteria, a type of bacteria commonly found in bodies of water across the state, according to the Minnesota Pollution Control Agency (MPCA). Under certain conditions cyanobacteria can rapidly grow and spread, resulting in large "algal blooms" across the surface of the water, particularly on shallow, slow-moving bodies of water.

Oftentimes these blooms are nothing to worry about. But sometimes a bloom will produce toxins. These harmful blooms can be stinky, mucky and unsightly, a potentially hazardous inconvenience for anyone who enjoys spending time in the water.

Touching, swallowing or breathing in blue-green algae can make a person quite sick. Dogs are at high risk of having severe complications, including difficulty breathing, seizures or even death. The EPA also recognizes potential health risks for wildlife and highlights the potential for "damaged ecological systems" caused by algal blooms.

Unfortunately, they're also popping up more frequently than before. Heat is at least partially to blame.

When chemical compounds such as nitrogen or phosphorus over-saturate a body of water, it spurs the creation of those potentially dangerous cyanobacteria blooms, according to Mississippi Watershed Management Organization.

Excess nutrients end up in the water primarily via runoff — that's when precipitation or snowmelt washes unabsorbed nutrients into nearby waters — from both urban and agricultural landscapes.

The second key ingredient is the aforementioned heat. 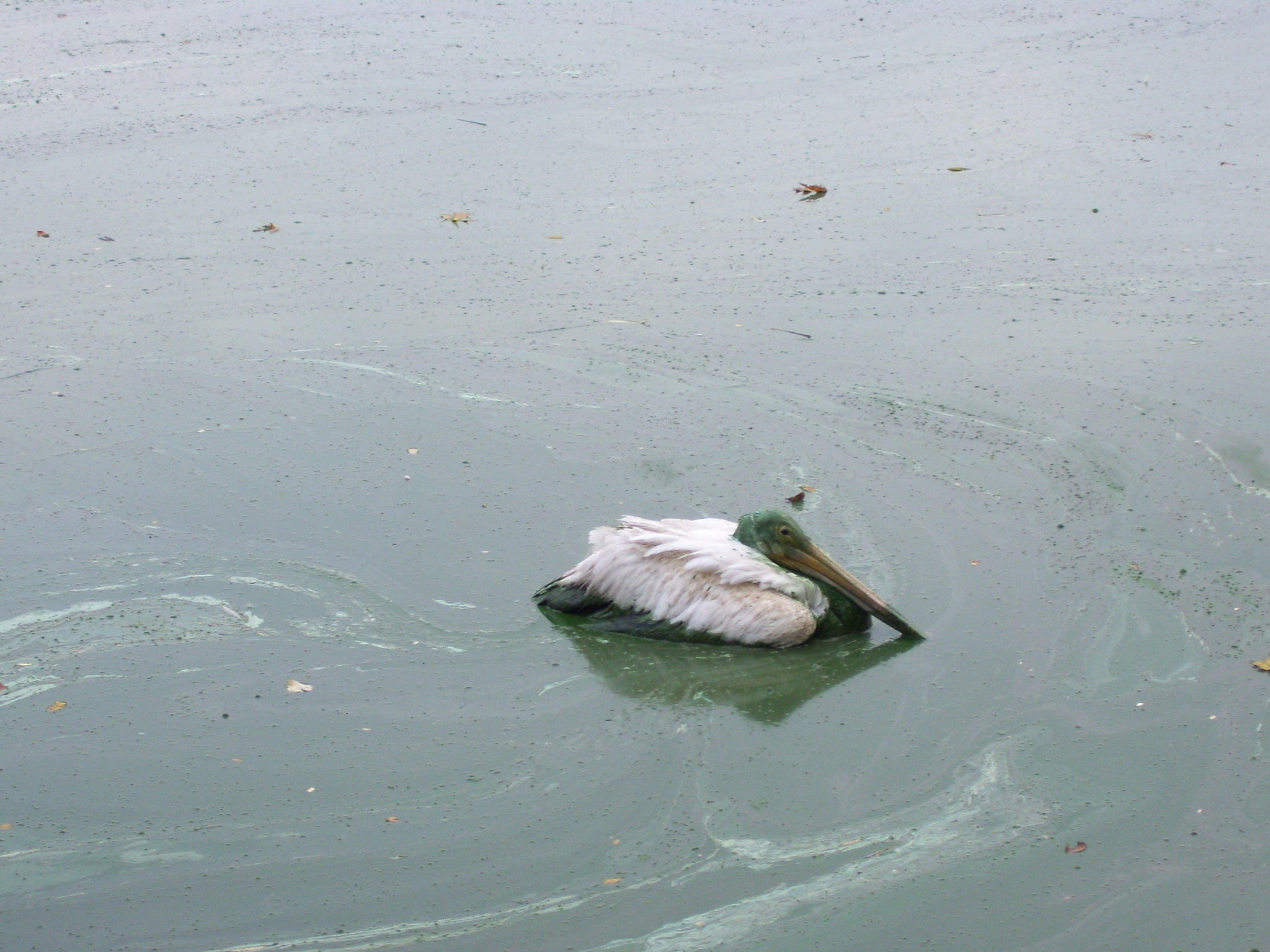 Algal blooms can be detrimental to water quality and wildlife. (Photo by Edward P. Olson via the MPCA)

Warm water also prevents water from mixing, the Environmental Protection Agency says, quickening cyanobacteria's expansion and making it easier for that blue-green algae to move to the surface. Then the algal bloom absorbs sunlight warming the water beneath even further and leading to more cyanobacteria.

Unfortunately, there's no easy way to tell if an algal bloom is toxic. That's why Minnesota health and pollution agencies repeatedly stress, "If in doubt, stay out." If local officials find potentially harmful blue-green algae, they may even shut down the area for recreation.

The impact of climate change

Climate change is exacerbating these water quality issues (and other issues for the Mississippi River).

"We are experiencing higher temperatures due to climate change, and that means warmer lakes, even in Northern Minnesota," Lee Engel, surface water monitoring supervisor for the MPCA, said in a 2021 update. "We are seeing harmful algal blooms in more places, some of which persist throughout the season." 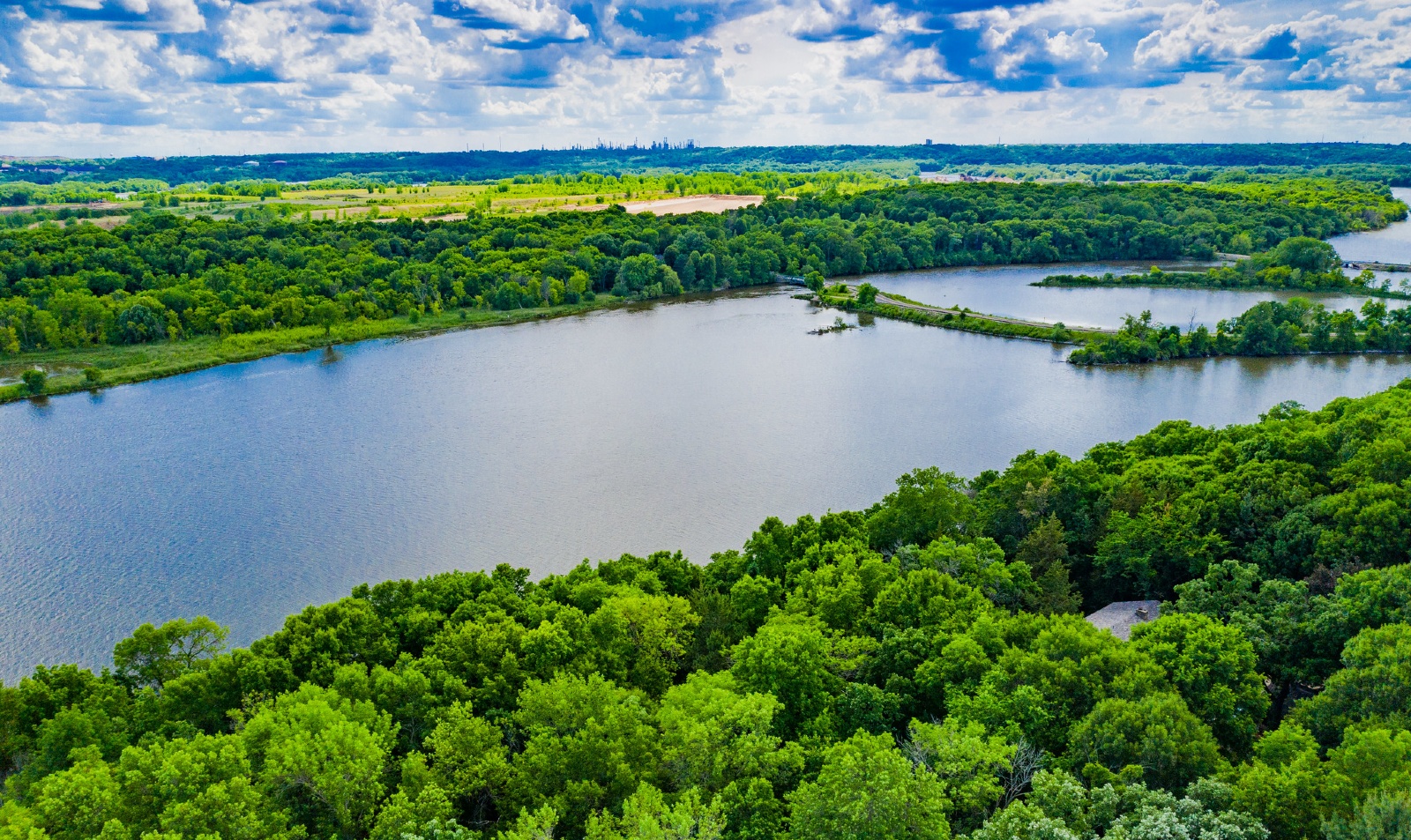 Though harmful algal blooms aren't as likely to form on deep, fast-moving bodies of water, FMR's most recent State of the River report identified phosphorus as one of the most egregious pollutants in the Mississippi River. (Photo by Tom Reiter for FMR)

There are steps you can take to reduce the amount of nutrients you put into the water, particularly if you live in an urban area where storm drains ultimately feed into the Mississippi River. For example:

You can also advocate for policies that mitigate climate change and reduce the amount of runoff pollution we allow into our waters, whether from urban yards or croplands.

Want to make a difference?

Sign up to be an FMR River Guardian so you can take action when threats to the river arise. And keep an eye on The Water Blog for more news on the Mississippi's water quality.