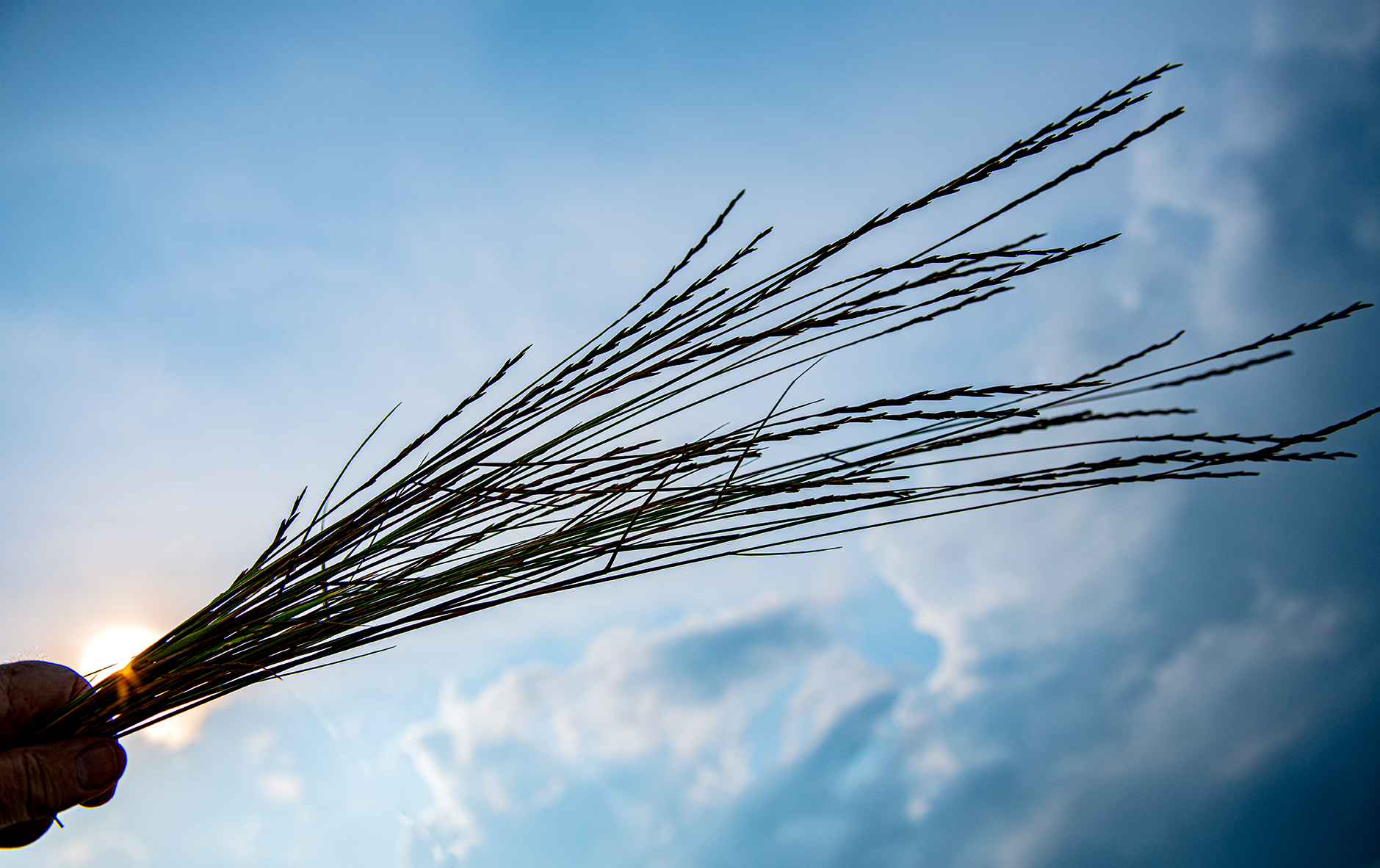 A version of this feature article appeared first in our print newsletter for members. Become a member today to receive updates like this twice a year in your mailbox.

In some ways, reimagining agriculture is old hat for Dr. Don Wyse.

He's been shepherding the advancement of new, market-based crops since he arrived in Minnesota in 1974 to help establish the state's now-successful grass seed industry.

Nearly five decades later, Wyse and a robust team at the University of Minnesota's Forever Green Initiative (FGI) are trying to do it again: This time with a series of clean-water crops that are as beneficial for the environment as they promise to be for farmers' bottom lines.

"We've worked on this for a long time," said Wyse, a professor at the University of Minnesota and cofounder of FGI, while noting the growing "excitement" for the ever-improving seeds and plant materials they've released.

FMR began supporting these crops years ago because of their potential to help depollute the river. Now even state and federal lawmakers are noticing. Forever Green and these clean-water cropping principles are included in recent high-profile bills that FMR advocated for. And in May the New York Times put the national spotlight on Wyse, describing him as a "practical visionary" — one who could help make the Upper Midwest "the most forward-thinking agricultural region in the country."

Like much of the Midwest, the vast majority of Minnesota's nearly 26 million acres of farmland are used for summer annuals such as corn and soybeans — fertilizer-needy crops that are generally planted in spring and harvested a few months later. The rest of the year those fields usually sit bare, allowing precipitation to wash leftover nitrates and phosphates into our waters.

This nutrient pollution causes devastating ecological impact, including the 6,000-square-mile "dead zone" in the Gulf of Mexico. It's one reason American Rivers recently declared the mighty Mississippi the sixth-most endangered river in the U.S.

How would FGI's work help? The 16 crops it's researching are either perennial (meaning in the ground all year) or winter annual (planted and harvested from fall to spring). This creates "continuous living cover" — live plants and roots in the soil 12 months a year. Their constant presence filters out excess nutrients and prevents damaging runoff, in turn protecting our soil and water.

But, vitally, these crops also have to benefit farmers like Anne and Peter Schwagerl, who own Prairie Point Farm in Browns Valley, Minnesota. 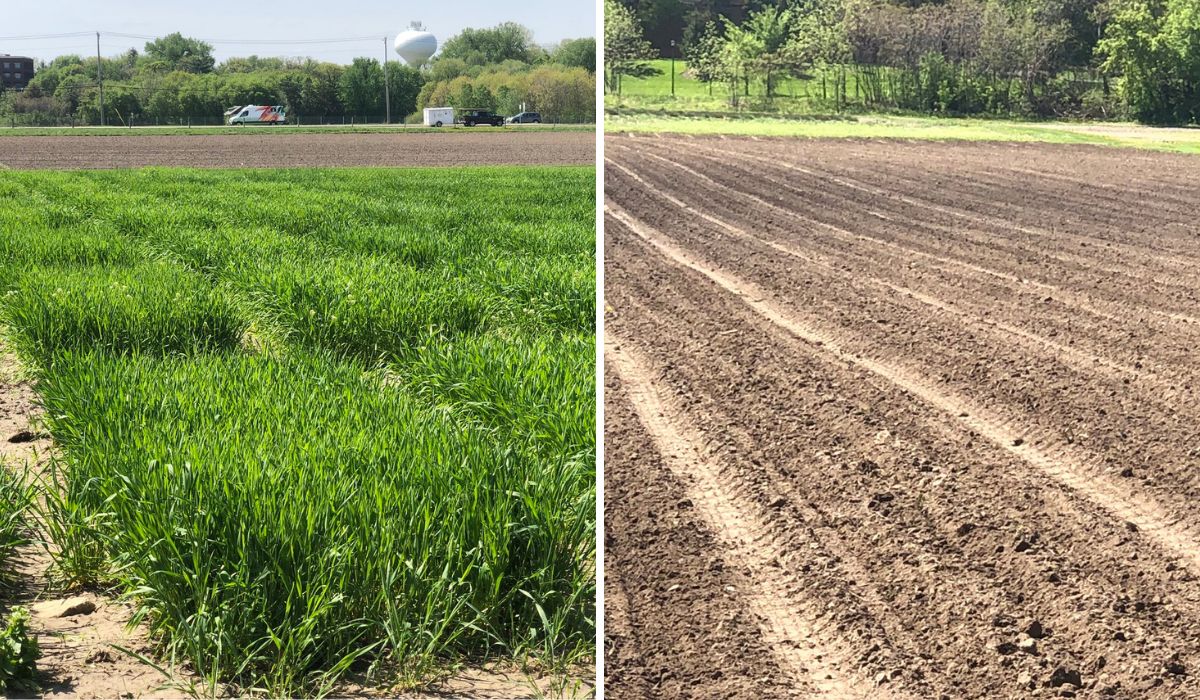 Two different fields on May 24, 2022: On the left is Kernza that had been seeded the previous fall. On the right, planted soybean — essentially bare ground from which excess nutrients can easily run off. (Photos by Don Wyse)

The Schwagerls grow the typical corn, soybeans and oats, but also have two Forever Green crops on their property: 40 acres of Kernza perennial grain and 12 acres of winter camelina. Both help "patch holes" in their operation, Anne Schwagerl explained.

The Kernza has been very effective at suppressing normally pesky weeds, and its extensive roots foster healthy soil. They also sold their first Kernza grain this spring through a co-op. (Here's where you can buy clean-water crops.) 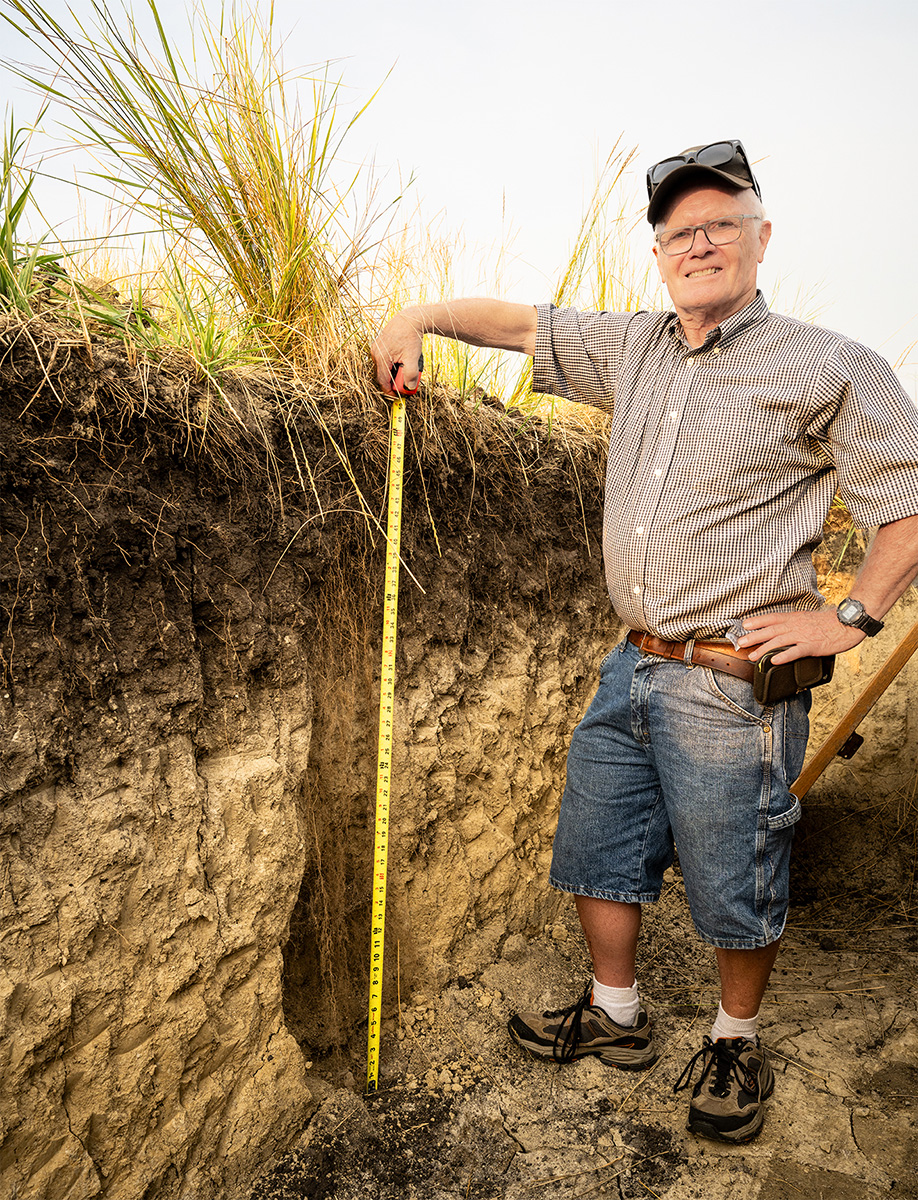 They're hoping for a similar outcome with winter camelina, part of a pilot with the U. The oilseed should provide the soil a nitrogen boost, Schwagerl said, ultimately reducing their input costs.

"It is really exciting to see what kind of flexibility we can build into our rotations with both the camelina and the Kernza," she said.

FGI is aiming even higher. The team wants these continuous living cover crops to also be profitable for farmers.

That's why, as university agronomists advance the germplasm to improve qualities like yield and hardiness, commercialization experts are racing to solidify anticipated demand.

Building out the market

Kernza is currently sought by food producers in small batches, and there's hope woody crops such as hazelnuts and elderberries could eventually generate revenue. But the biggest opportunity at the moment, Wyse said, is with the oilseeds, which show promise in the low-carbon fuels space. Production of one oilseed, pennycress, will ramp up "in a big way" in fall of 2022 thanks to interest from corporate partners, he continued, and by the end of the decade oilseeds could cover millions of acres in the Midwest.

Then there's the policy push. FMR and our partners have called on lawmakers to make strategic public investments in clean-water crops, with some notable victories.

Minnesota legislators approved bipartisan funding for Forever Green this spring, thanks in large part to action from FMR River Guardians. And the federal MRRRI proposal, which FMR continues to advocate for, includes funding to advance these clean-water cropping systems.

This collective effort moves us closer to an agricultural landscape that incorporates Forever Green crops, benefiting both the environment and farmers.

And the Mississippi River.

The journey isn't over and nothing is guaranteed. Considering the recent momentum, is Wyse optimistic?

Advancing clean-water crops is a group effort. That's why FMR, as a founding member of the Forever Green Partnership, works hand-in-hand with partners to support their continued development by increasing awareness, educating the public about the benefits and asking for advocacy help from our dedicated River Guardians. We innovate on policy, shaping legislation that can bring these crops to the next level. We also helped ensure investments in continuous living cover were included in the federal MRRRI bill.

Sign up to become a River Guardian and we'll let you know when important river issues arise, including opportunities to support the advancement of clean-water crops. We make it quick and easy to contact decision-makers and make your voice heard. River Guardians are also invited to special events, including happy hours, to learn more about important legislative and metro river corridor issues.

Learn more about our work on clean-water crops.