The dead zone: How the Midwest kills marine life in the Gulf of Mexico | Friends of the Mississippi River
Skip to main content

The dead zone: How the Midwest kills marine life in the Gulf of Mexico 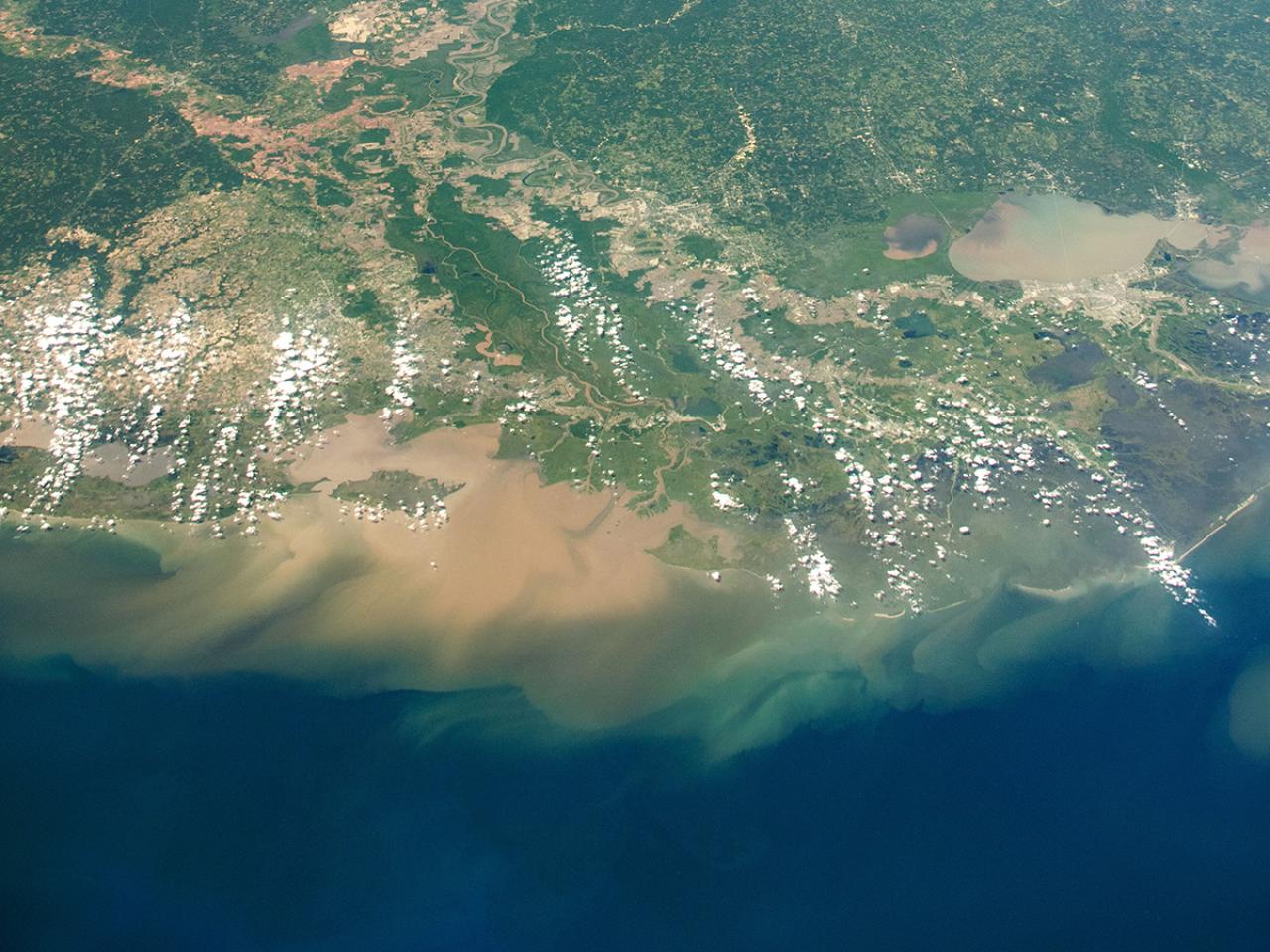 The Mississippi River is treasured for the way it sustains life — from migrating birds to the millions of people who rely on the river for drinking water. Yet at its mouth, an area stretching thousands of square miles each year becomes so choked with pollution that little aquatic life can survive.

While dead zones can occur naturally, the dead zone in the Gulf of Mexico is a humanmade disaster.

The Gulf's dead zone is the result of land-use practices all along the Mississippi River. Runoff pollution from 31 states collects and flows out into the Gulf, where it creates a giant anti-habitat each summer.

How does a dead zone form?

Algae and tiny organisms called phytoplankton are important parts of the marine food web. But when they're given too many nutrients, their populations and density can run amok to the point where there is simply not enough oxygen and food to support them.

When this happens, massive die-offs quickly occur, and the dead algae and phytoplankton sink en masse to the seafloor. Bacterial decomposition uses up the oxygen in the water, suffocating any creatures that can't quickly make their way out of the area. The ocean becomes a wet desert.

The resulting "dead zone" can wipe out fish, ocean plants and crustaceans, and may even affect marine mammals and birds that rely on these food sources.

Even though we're 1,500 miles north, our land-use practices contribute to the Gulf dead zone.

Conventional agriculture relies on the liberal use of fertilizers containing nitrogen and phosphorous (the very nutrients that make marine microorganisms go into overdrive), not all of which stays in the soil.

As we detailed in the 2016 State of the River Report, nitrogen — the primary driver of the annual Gulf dead zone — comes primarily from Midwestern croplands, including Minnesota's. That's bad news for farmers too; farm operations lose hundreds of millions of dollars each year when fertilizers wash off their fields and head downstream.

Urban runoff and wastewater treatment effluent can also contribute to the problem, as storm drains and sanitary sewers discharge nutrients into our waterways.

The Mississippi River, in turn, acts like a giant storm drain system, channeling nutrients from its entire watershed into the Gulf. That's how fertilizer applied to a cornfield in Traverse County or a football field in St. Paul can very well end up feeding phytoplankton off the coast of Louisiana.

Each June, scientists predict how many square miles the dead zone will stretch — usually in the thousands. By the end of the summer, the official measurements are released.

How FMR is making a difference

The only way to restore the Gulf's natural vitality is to change our habits in the Mississippi basin.

FMR's water program is dedicated to addressing the root causes of water pollution, including excess nutrients. We advocate for solutions at the State Capitol and the federal level. We also work with partners to implement solutions on the ground.

The main solution we're advancing is a transition to clean-water crops and continuous living cover cropping systems on our agricultural landscapes. This change could pay big dividends for water quality and boost farmers' bottom lines.

Most upper Midwest "row crops" (like corn and soy) only grow during the summer, which means that fields with these crops don't retain much water or fertilizer during the wet spring and autumn months. By incorporating new crops that grow year-round or during otherwise-bare periods, such as Kernza or pennycress, we can keep living root systems intact and, in turn, limit the excess nutrient runoff that drives the damaging aquatic algae growth in the Gulf.

Our work with the Forever Green Partnership is based on the belief that we can make it profitable and sustainable for farmers to adopt continuous living cover practices, both here in Minnesota and throughout the entire run of the river.

Become a River Guardian to receive email action alerts when opportunities arise to act on issues like this, plus invitations to educational happy hours and other events.