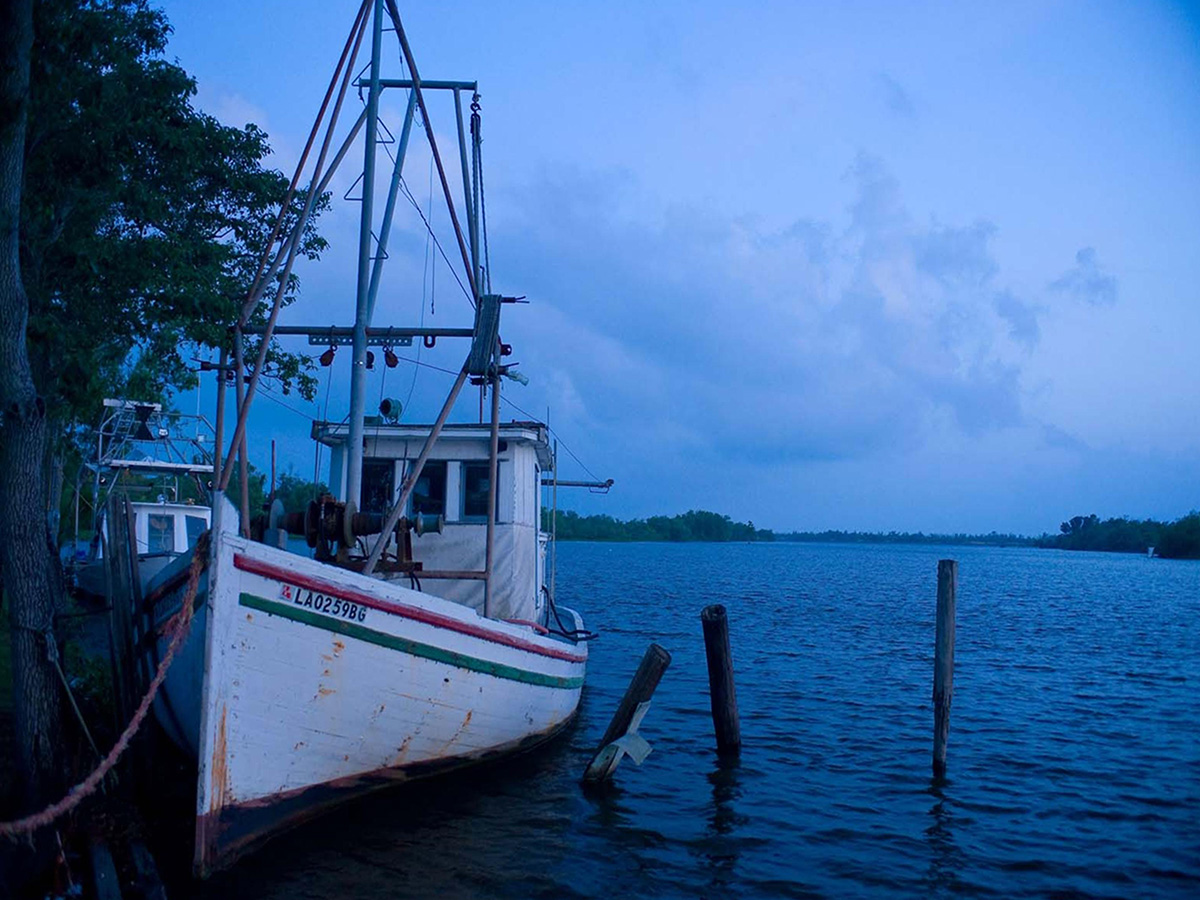 The dead zone kills marine life, a disaster for wildlife that also places an economic burden on shrimpers and anglers in the seafood business. (Photo by US EPA)

The life-smothering "dead zone" in the Gulf of Mexico is smaller than scientists had forecast earlier this year. But at more than 2 million acres, it remains significantly larger than environmental officials' long-term target goal.

Scientists measured the 2022 dead zone (also referred to as the "hypoxic zone") at approximately 3,275 square miles during an annual survey in late July, the National Oceanic and Atmospheric Administration (NOAA) revealed earlier this month. While that's down from the down from 6,334 square miles measured last year, the agency points out that's still bigger than the combined land area of Rhode Island and Delaware. For a more local point of comparison, the dead zone would cover the second-largest county in Minnesota, behind only St. Louis County. It would also blanket the entire seven-county Twin Cities metro, which comes in at just under 3,000 square miles.

“While some hypoxia is natural, the size and scale of what we’ve seen here in the last several decades is unusually large and detrimental," Nicole LeBoeuf, director of NOAA’s National Ocean Service, said in the announcement.

This dead zone is an annual humanmade disaster, in large part the byproduct of land use practices in the Midwest. Farm fertilizer, urban runoff and wastewater treatment effluent enter waterways and end up in the Mississippi, where the river flows south and dumps them into the Gulf. The nutrients then kickstart a cycle of algae and bacteria growth that ultimately leaves the water with so little oxygen it cannot sustain aquatic life, killing fish and other marine species. 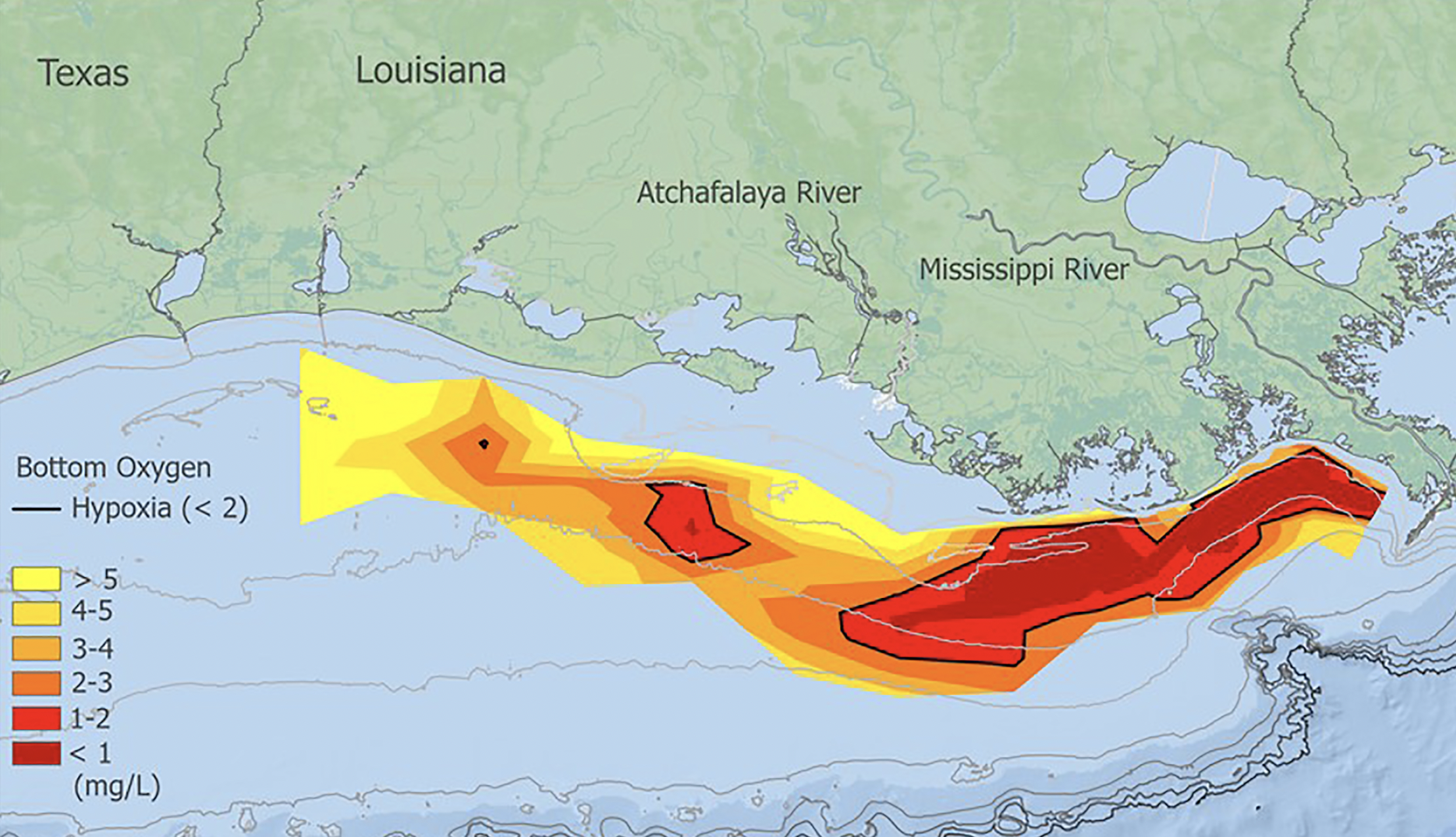 This NOAA map shows the hypoxia zone in the Gulf of Mexico, measured from July 25-Aug. 1, 2022. The red shows the areas with the lowest levels of oxygen at the bottom of the seafloor. (Photo by NOAA)

Nancy Rabalais, principal investigator and Ph.D. professor at Louisiana State University and LUMCON, called 2022 "an unusual year for Gulf hypoxia" due to lower-than-expected levels of discharge from the Mississippi River. The agency says that's the main reason this year's official measurement came in below the projected size of 5,364 square miles (though the NOAA notes it was still within the agency's "uncertainty range"). The 2022 dead zone is also much smaller than the all-time high of 8,776 square miles, recorded in 2017.

But the five-year average of 4,280 square miles is still more than twice as large as the target of 1,900 square miles (or smaller) by 2035, a goal set by the Mississippi River/Gulf of Mexico Watershed Nutrient Task Force. 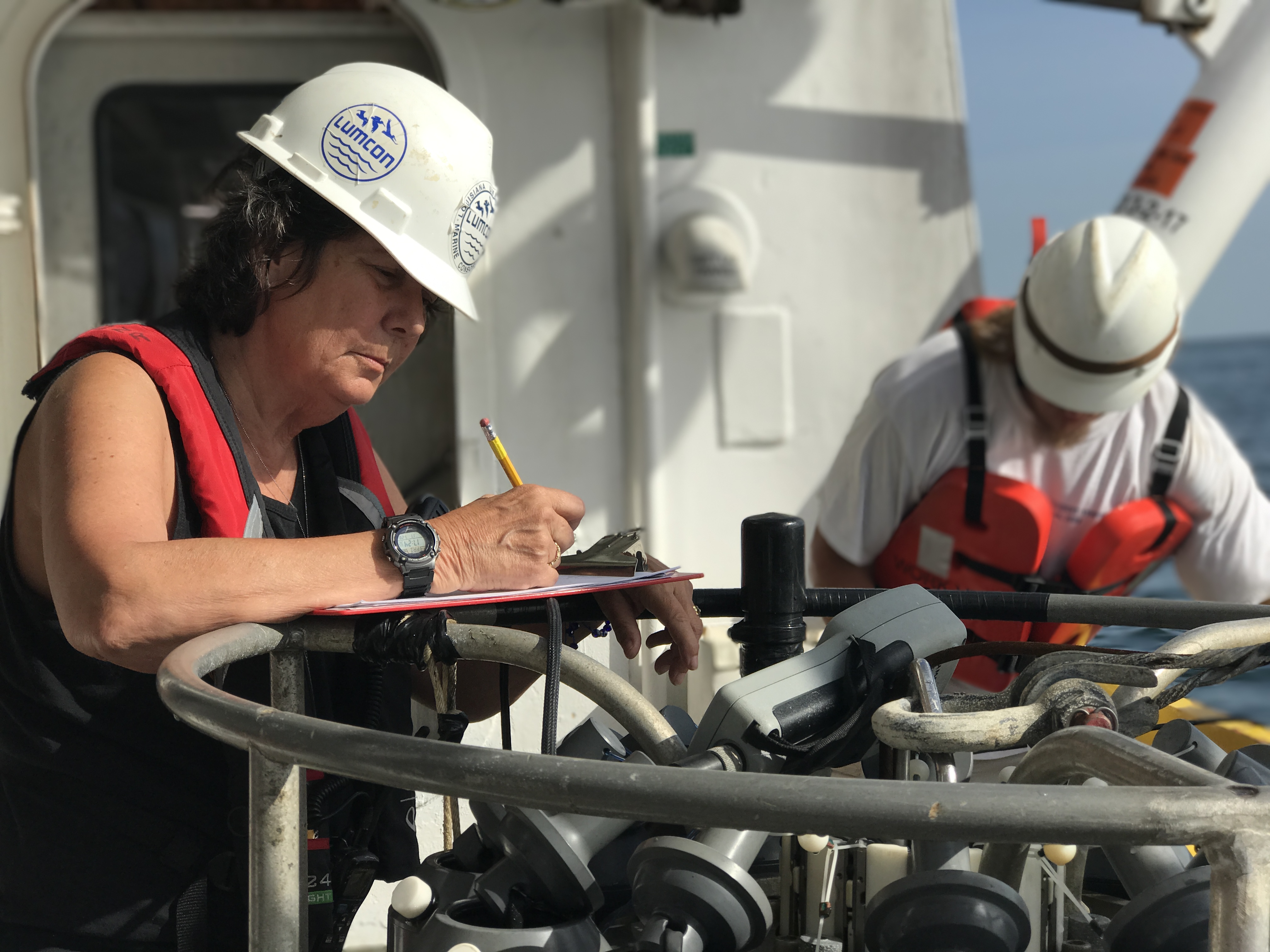 Nancy Rabalais during one of the summer 2022 research cruises to measure the dead zone. (Photo by LUMCON)

LeBoeuf said the annual gauging can "help decision-makers fine tune strategies to reduce the size of the hypoxic zone in these waters and mitigate harmful impacts to our coastal resources and economy."

That includes up here in Minnesota, home to the Mississippi's headwaters.

At FMR we advocate for solutions that address the root cause of water pollution, from neighborhood efforts (such as storm drain stenciling) to state and federal policy work that supports the adoption of clean-water, continuous living cover crops across the region.