It's time to pause $20M ask for Upper Harbor Terminal 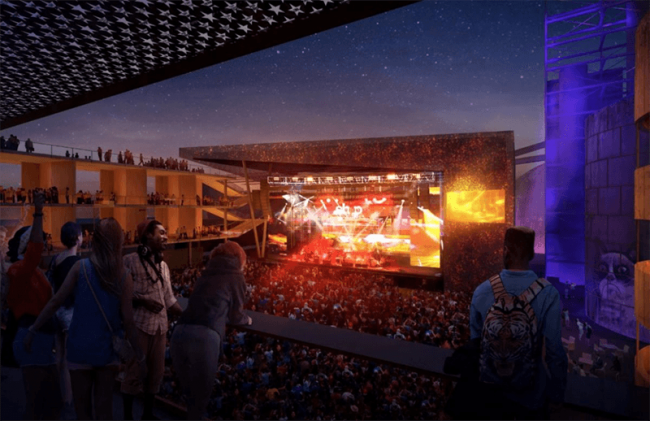 First Avenue's concert venue is Minneapolis' top request for state bond funds this year. Should it be?

For many reasons, now seems like a good time for Minneapolis leaders to do what North Minneapolis residents have been asking for all along: slow down the controversial Upper Harbor Terminal redevelopment.

Since the city released its overhaul plans for this 1-mile stretch of publicly-owned riverfront in August 2018, Northsiders have expressed concern. (See media coverage about community concerns from MPR and North News, MinnPost, Fox 9, and the Star Tribune, as well as this resignation letter from planning committee members.)

Many see the projects' planning process as exclusionary and feel that it fundamentally prioritizes wealth-building for developers over community members.

Now, as we face an economic downturn, the city is pushing the pause button on those benefits for neighbors — but they should be pressing pause on their request for $20 million in state funds.

The UHT redevelopment plan, which was originally developed behind closed doors by United Properties, First Avenue and city leaders without community participation, prioritizes private development for the 48-acre site that boasts nearly a mile of Mississippi riverfront.

The project's centerpiece, a 7,000-10,000 capacity concert venue, would be privately operated by First Avenue. The city is seeking $20 million in state bonds to fund the concert venue (a request FMR has opposed from the beginning), promising that community benefits will be provided alongside this private project.

Now the city's ability to fund those promised benefits is in question, but the city hasn't stopped pursuing state funds for First Avenue's concert venue.

In this time of immense need, the city's top priority for state taxpayer-funded infrastructure is a private concert venue.

No plan, but still seeking funding

The city and development team had most recently set June as the deadline for approval of the coordinated development plan. That plan was supposed to be released in late March but has been put on hold indefinitely as the city (rightfully) focuses its resources on response to the COVID-19 pandemic.

It's good to pause the UHT planning process. It's difficult, and often ineffective, to attempt robust community engagement during a crisis. People are focused on immediate needs, and the public gatherings that usually facilitate engagement have been canceled. Long-range development planning can and should be put on the back burner.

But pausing the planning process should also require a pause in the city's work to secure public bond funds. Otherwise, the city is asking the Legislature to fund a project that has not been fully vetted by the community or approved by city leaders.

Residents have been promised substantial community benefits as part of the development project. These could include affordable housing, opportunities for North Minneapolis entrepreneurs to serve as vendors or tenants on the site, job training, and community arts programming.

These benefits could be costly and may require significant public funding. Now it's unclear whether any of those funds will be available.

Minneapolis mayor Jacob Frey has said that the city could face a significant budget deficit due to COVID-19 emergency response costs and declining revenue. City staff have stated that it's not clear what kind of financial resources the city will have available to support community benefits at Upper Harbor Terminal.

This is an uncertain time for all of us, and real-estate developers and business owners are no exception. It's difficult to know when and how the economy will rebound, and how long it will take for demand to return for new housing, new commercial space, and luxuries like concerts and restaurants.

The entertainment business has been among those hardest-hit; public gatherings are canceled and the industry's employees and freelancers are out of work.

Our leaders should verify whether First Avenue has access to the capital it would need (at last estimate, $20-30 million) to fund its share of the project even if the state fully funds the city's bonding request.

State bonding in doubt (or should be)

Given all of this, state legislators should have serious questions about the city's bonding request.

First Avenue's controversial project has not been approved as part of a formal coordinated plan and faces determined opposition from the local community. The community benefits have not been defined and the plan to do so has been postponed indefinitely.

In addition, the COVID-19 crisis significantly increases the risk of this project due to the crisis' potential massive economic impact on the project developers, leaving major questions about when, if ever, construction could begin.

This project is too risky, too controversial, not shovel-ready and delivers insufficient public benefit to merit state bonding at this time.

It's time for a fresh start at Upper Harbor Terminal. Will Minneapolis leaders be courageous enough to make it happen?

Share your concerns about First Avenue's bonding request with our state leaders through this easy form.

More from the river land use and development blog.