Meet the loggerhead shrike, the rare butcher bird of FMR-restored prairies | Friends of the Mississippi River
Skip to main content

FMR ecologists have spotted a pair of shrikes at the Hastings Sand Coulee SNA for several years.

Don't be fooled. Known for its striking gray-blue and white coloring and stunning, sweet song, this small songbird is also a fearsome killer.

The loggerhead shrike spikes small lizards on thorns and stakes mice on barbed wire. It's a rare prairie predator — now endangered in Minnesota — and a positive sign for habitat.

So we're delighted to have loggerhead shrikes at two FMR- protected and restored sites. (Cheers to all of the FMR volunteers who help keep their habitat healthy! And the members, funders and partners who keep these protection projects going.)

By the early '70s, populations of many of America’s most iconic species were declining. Unregulated hunting, the overuse of lead and pesticides, and rampant development had pushed many animals to the brink. Birds were especially hard-hit.

President Richard Nixon signed the Endangered Species Act in 1973, and it's been heralded since. While not every listed species has seen its population increase, the majority have at least stabilized.

While more specialized protection or repopulation programs for declining species tend to catch our imaginations (such as whooping cranes following a small aircraft to learn their migration route), many species are saved through habitat protection and restoration.

The beautiful Hastings Sand Coulee SNA is one of two FMR habitat restoration sites now occupied by the loggerhead shrikes, which once called much of the state home. 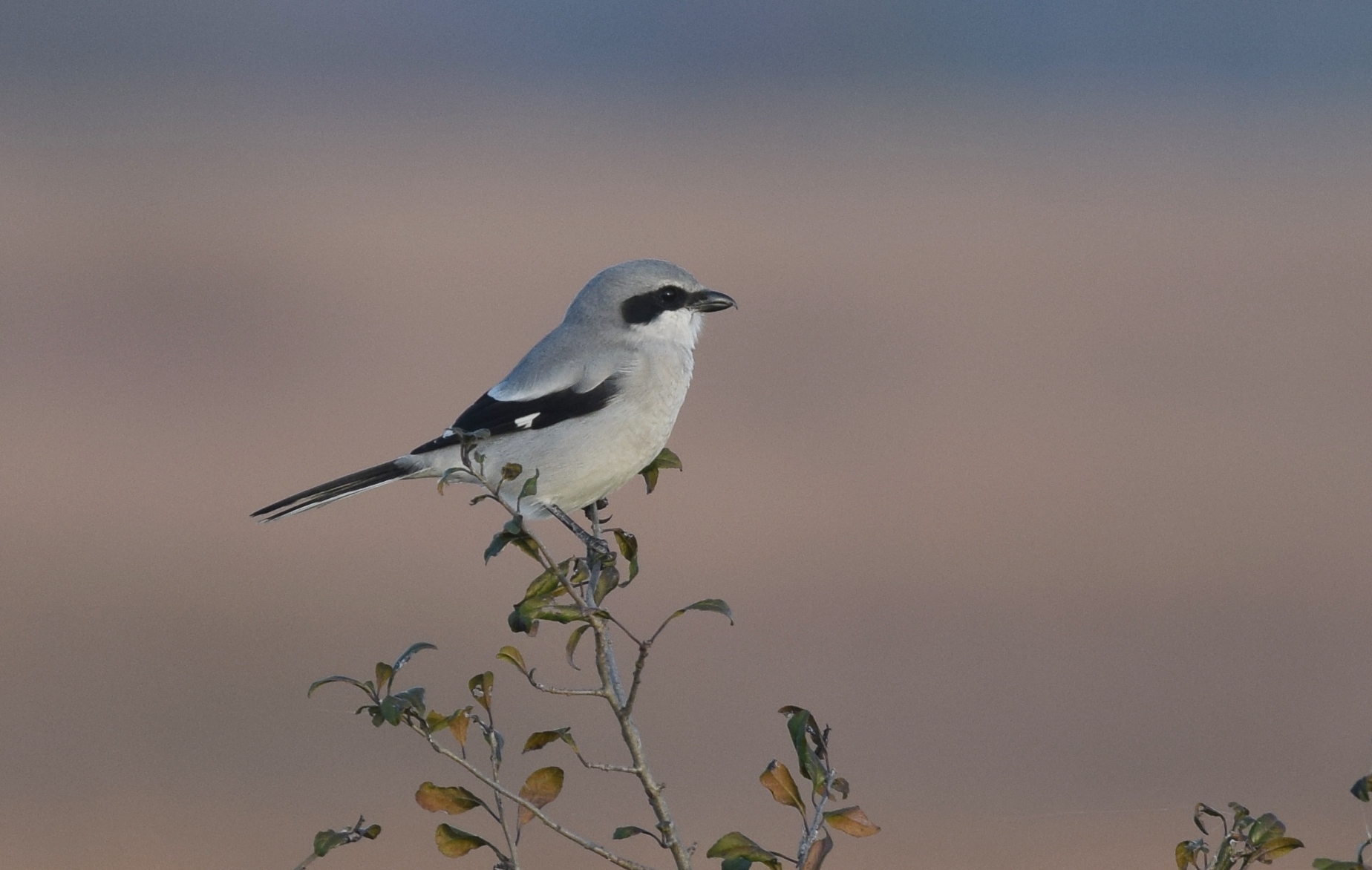 Although a songbird, loggerhead shrikes are fearsome predators. Lacking a raptor's talons, the husky birds use their sharply-hooked bill to subdue vertebrate prey by biting their necks and severing their cervical vertebrae.

They'll eat smaller prey like grasshoppers whole, but often impale amphibians, lizards, small snakes, mice and even smaller birds on sharp objects before eating them (hence the "butcher bird" nickname). This action breaks down poisons in some prey, like in certain frogs. But this practice also gives this shrike more time to finish its meal and show off its strength and prowess to potential mates.

A single pair of these cute, robin-sized birds will defend a territory ranging from 5 to 62 acres. They need grasslands and other expansive, open habitat.

Home on the big prairie 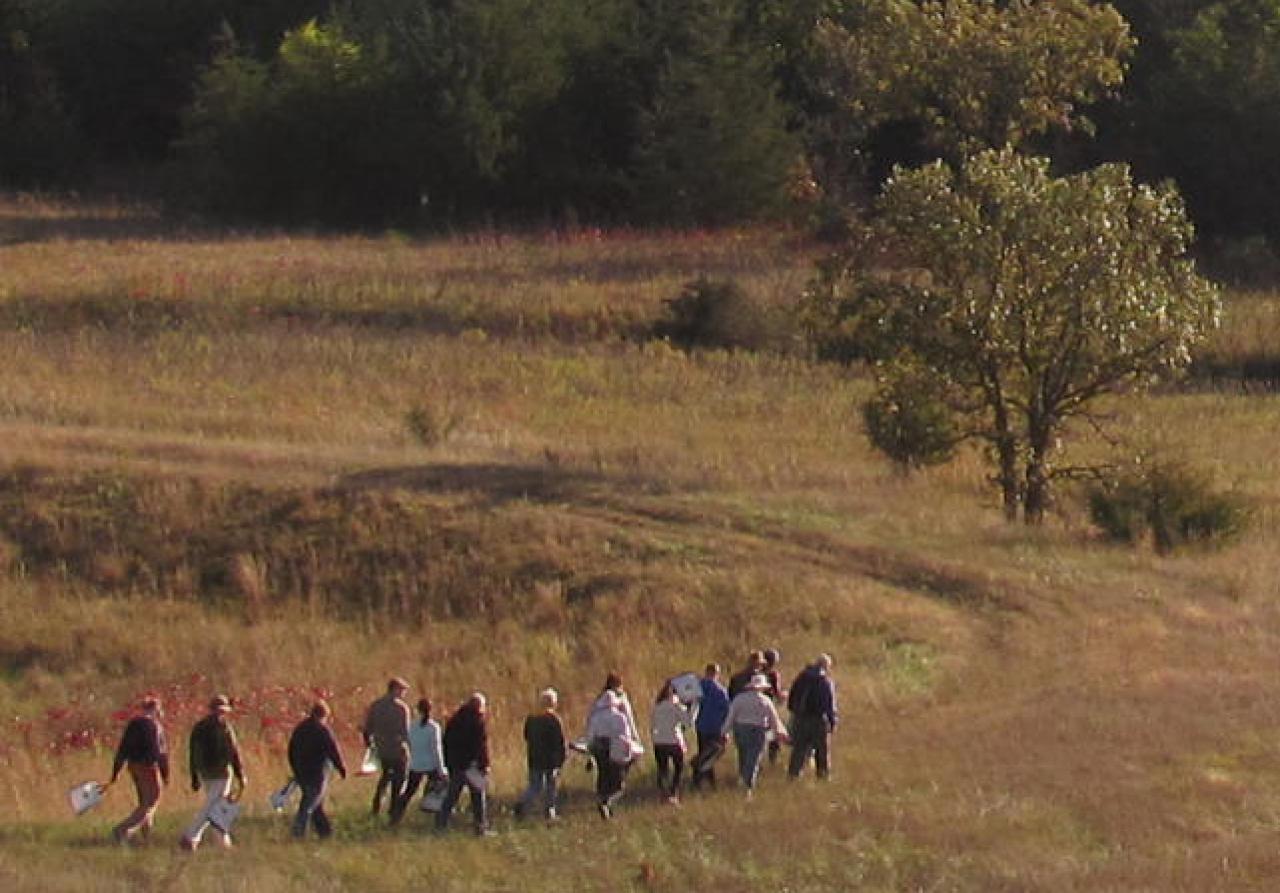 A pair of loggerhead shrikes has found the spacious territory they need in a rare dry barrens prairie, along with sections of oak woodland and savanna just south of Hastings protected by FMR and our partners.

Situated in a sandy ravine or "coulee" formed by a stream that flows into the Vermillion River (which in turn flows into the Mississippi), the Hastings Sand Coulee SNA is known for its steep slopes and gentle rolling expanses. It's also known for several rare species, including the loggerhead shrikes who make their home here. (Learn more about Minnesota's endangered, threatened and species of special concern.)

(Note: Normally we don't reveal the locations of endangered or rare animals or plants on FMR sites, but the coulee is large enough and shrikes are small enough that we decided to make an exception to our rule.)

As an SNA or Scientific & Natural Area, this 276-acre expansive natural area is highly protected. While it doesn't have typical park amenities like bathrooms or picnic tables, it offers a rare glimpse of what much of Minnesota looked like before European colonization — as well as much-needed wildlife habitat.

FMR worked with landowners, the city and state agencies to protect and designate the Hastings Sand Coulee SNA in 2007, and has been working with the Department of Natural Resources, the City of Hastings, other partner groups and agencies and hundreds of volunteers to maintain and restore habitat here ever since.