Attack of the killer... algae? | Friends of the Mississippi River
Skip to main content

Attack of the killer... algae? 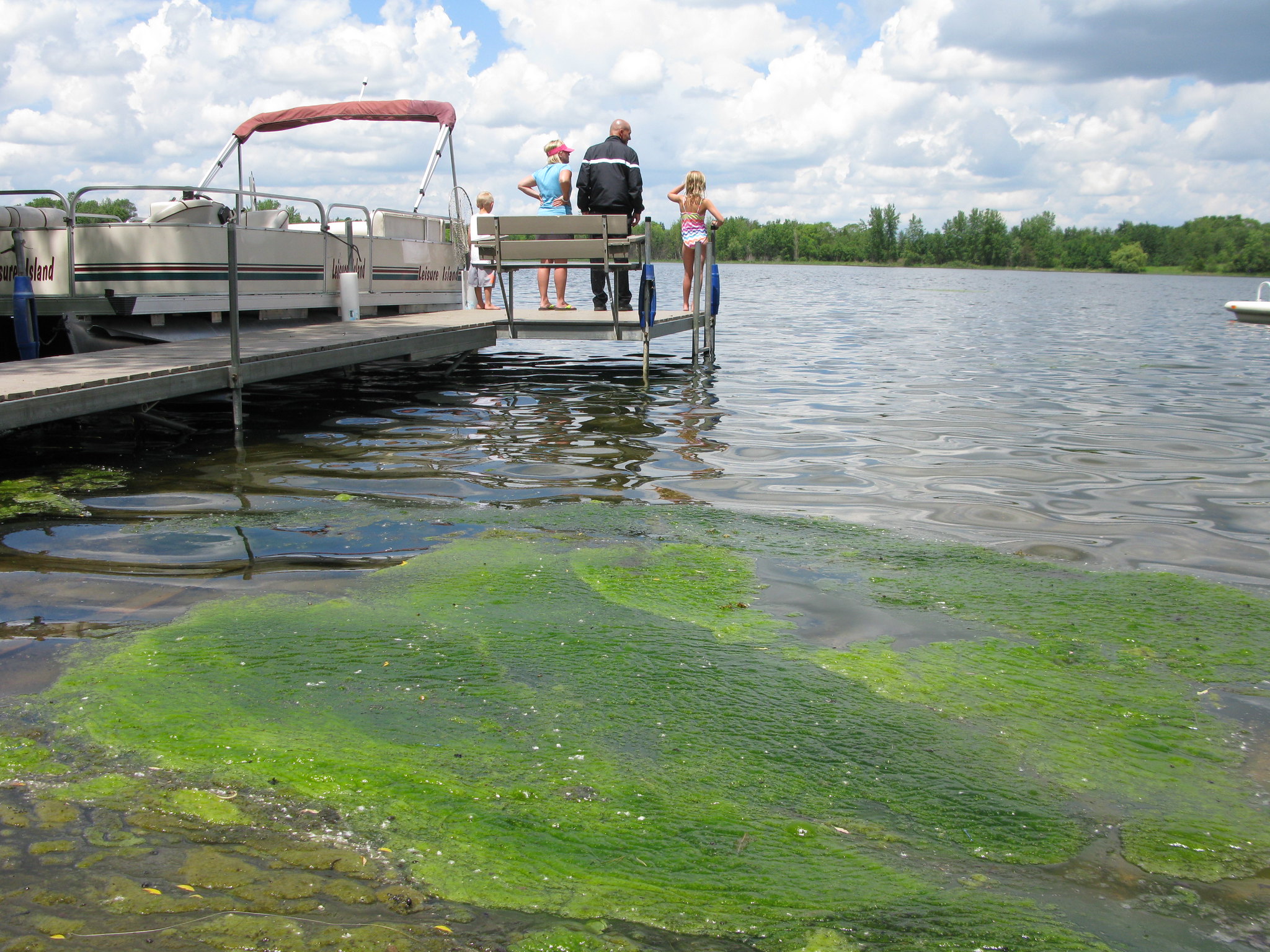 You've probably seen the surface of some lakes and river backwaters turn green this summer. Algal blooms from the headwaters to the Gulf of Mexico are a sign of poor water quality and can be dangerous to human health. (Photo by MPCA: Prairie Lake algae2 CC BY-NC 2.0)

Help from a hurricane

Last month we shared some grim forecasts about this year's Gulf of Mexico "dead zone." But nature sometimes zigs when we expect it to zag, and Hurricane Barry, which made landfall on July 15, had the unexpected side effect of slightly reducing the dead zone's magnitude.

As we described in the previous post, these vast and desolate spans of ocean form when excess nutrients launch a boom-and-bust cycle for algae and microorganisms, sucking the oxygen out of the system and suffocating everything that's not fast enough to flee to safer waters. Hurricanes disrupt this cycle by churning up waves and pushing oxygen from the air down into the ocean. It appears that Hurricane Barry did just that.

Unfortunately, the reprieve was relative. The dead zone this year measures at about 7,000 square miles — the eighth largest ever recorded — and the governors of Mississippi and Louisiana both asked federal authorities to declare a "fisheries disaster" to aid the communities devastated by the loss of their catch.

Much work lies ahead to address the root causes of this humanmade catastrophe, most importantly reducing the amount of fertilizer we put onto our fields up here in the Corn Belt.

It's not just shrimp fishers in Louisiana who suffer when we prioritize corn and soybean yields and lush lawns over clean water. Nitrates and other compounds from excess fertilizer can threaten human health, and they are increasingly fouling our lakes, streams and groundwater wells right here at home. A recent Minnesota Public Radio interview with two leading scientists highlights algal blooms and other threats to our own lakes and rivers.

And climate change is making nutrient runoff from our metro river to the Gulf worse. Scientists tell us that Minnesota's surface water bodies are already suffering from more runoff (see: this year's flooding) coupled with hotter, longer summers.

These factors spur the formation of massive algae blooms in our lakes and rivers like the ones in the Gulf, threatening the aquatic life that makes this state so special, including cool-water fish like walleye. According to fisheries expert John Lyons, “A degree or two can really shift things inside a lake. It’s the difference between who is doing well and who is struggling.”

In order to change this equation for the better, FMR is working to help Minnesota farmers transition to clean-water crops like Kernza and other perennial plants that reduce fertilizer runoff and diversify the agricultural landscape.

Ready to make a difference?

Sign up to be a River Guardian so you can take action when threats to the river arise. And keep an eye on The Water Blog for more news on the Mississippi's water quality.