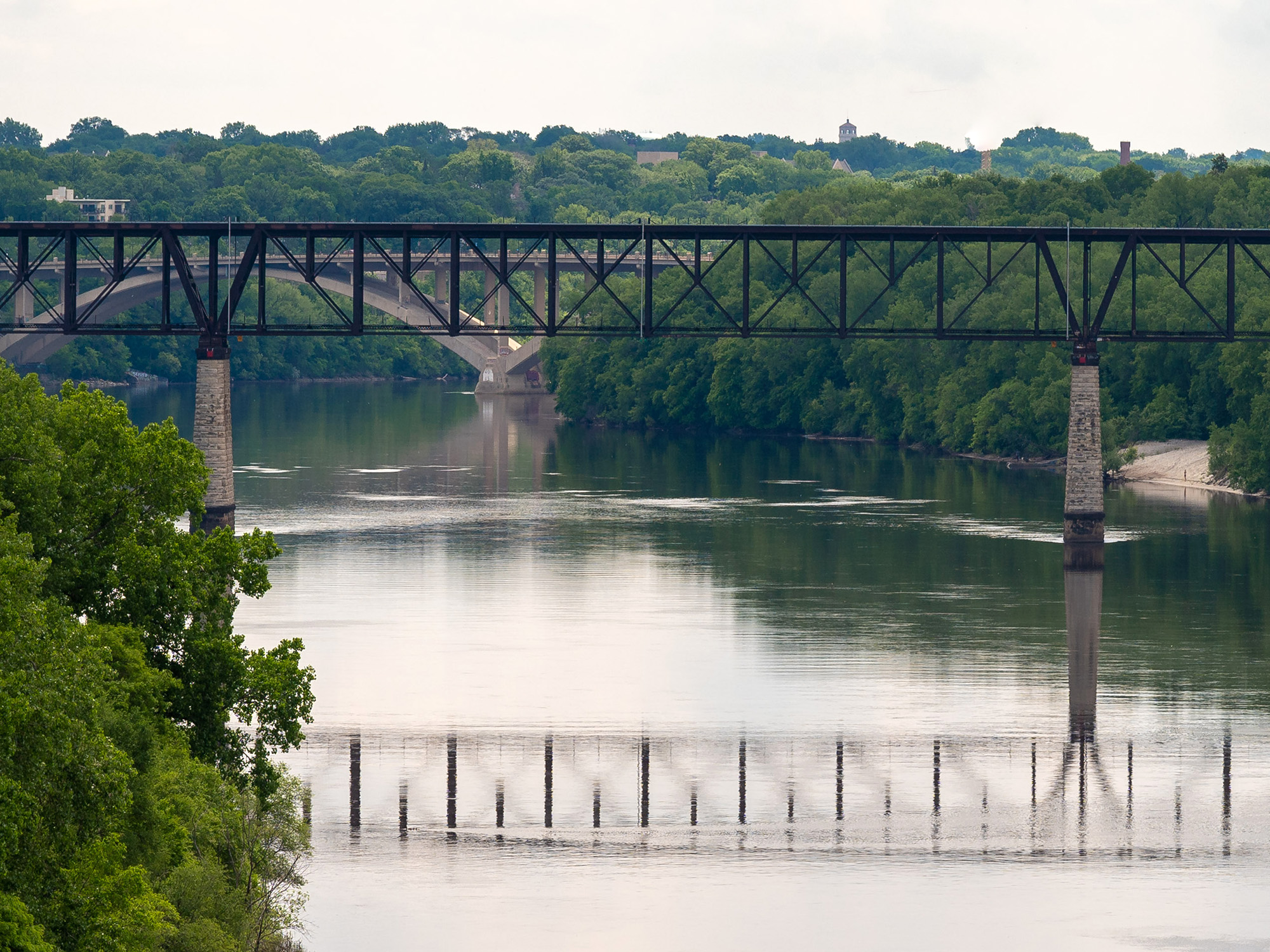 Could the Mississippi River refill the Southwest's freshwater reserves? A recent study says the idea of a diversion pipeline doesn't hold water. (Photo by David Wheaton)

If all the talk of diverting water from the Mississippi River to the parched Southwestern U.S. had you feeling a bit skeptical — or outright alarmed — know that science now has your back.

Researchers from Western Illinois University undertook what they called a "practical assessment" of the headline-grabbing proposition. Their recently released report offers a clear-eyed conclusion: Not only does such a project face all-but-insurmountable hurdles, it likely wouldn't even solve the region's ongoing water crisis.

"Unfortunately, time, space, ecology, ﬁnances, and politics aren't on the side of this proposal," the trio wrote in the study's final thoughts. "While the proposal is interesting, the diversion of Mississippi River water is not likely to help anyone meet the increasingly dire need for water in the west."

Instead, they hope people consider "a more practical combination of approaches" going forward.

You can read the full report here and check out a Pioneer Press story about the study here.

Where did this idea come from?

The idea of siphoning freshwater from flyover country to rehydrate the American Southwest isn't new. Just in recent memory, the U.S. Bureau of Reclamation entertained the concept of a Mississippi River diversion back in 2012; California eyed a water pipeline that would connect it to the Great Lakes a few years later; and in 2021, the Arizona Legislature asked U.S. Congress to study pumping floodwater from the Mississippi River to the dwindling Colorado River, the region's primary water source.

But the "driving force" behind its 2022 resurgence, the researchers explain, was the letters section of the Palm Springs Desert Sun, sparked by a June 22 entry titled, "An idea for solving West's drought: Let's divert the Mississippi River water to the Colorado."

What followed was a long-distance public pen fight. Residents of the water-starved region — fed by an unnaturally dammed and diverted Colorado River — argued this was an elegant, if ambitious, solution to the Midwest's recurring floods that could also helpfully refill the Southwest's freshwater reserves.

People who live along the Mississippi River pushed back through submissions of their own, citing the incalculable costs and enormous environmental harm. The recent drought in the Midwest, which has led to record low river levels, also suggests there isn't as much water to go around as we thought.

The study seems to favor the "Hands off our Mississippi" camp, finding serious flaws with nearly all aspects of the diversion plan. Among their environmental concerns:

Stewarding the river for the future

Studies like this should shut the door on these types of diversion proposals for good. Recent history tells us that won't necessarily be the case. As long as there's drought, people will look to waterways like the Mississippi River or Great Lakes as sources.

However, unlike the Great Lakes, the Mississippi River doesn't benefit from a comprehensive federal restoration initiative that can help manage the resource. Perhaps, then, it's no surprise that the Mississippi River was listed as one of the 10 most endangered rivers in the nation this year.

When passed, the MRRRI Act will authorize $300-$350 million annually in federal funds to states, cities, tribal governments and nonprofit organizations. This funding would improve water quality, restore habitat and natural systems, reduce aquatic invasive species and build local resilience to natural disasters (both floods and droughts) in and along the Mississippi River.

A pipeline diversion should be off the table. But the Mississippi River is already a drinking water and irrigation source for millions of people that live near its flow. Join us to steward the river for generations to come.