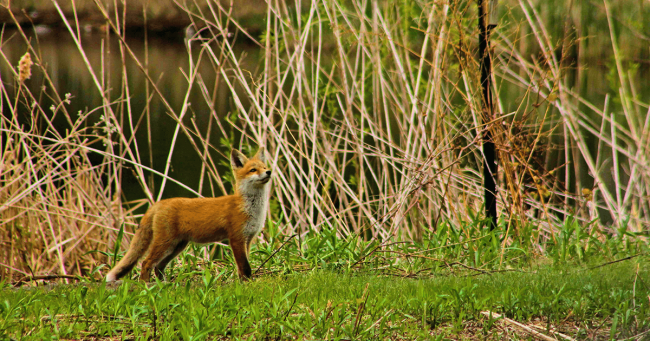 FMR protects and restores thousands of acres in the Twin Cities metro area in partnership with public and private organizations and landowners. In each project, we aim to restore overall habitat health and diversity, but sometimes we turn to individual species to know whether our efforts are effective.

Whether it's the return of grassland birds to a once-homogenous cropland we've restored to prairie, or the adaptive behaviors of urban foxes and coyotes, the well-being of Minnesota's wildlife can serve as a window into our ecosystems as we strive to be better stewards of the land.

Here's a short guide to a few of the diverse species you might see at our sites that illustrate how strategic conservation efforts leave a lasting impact. 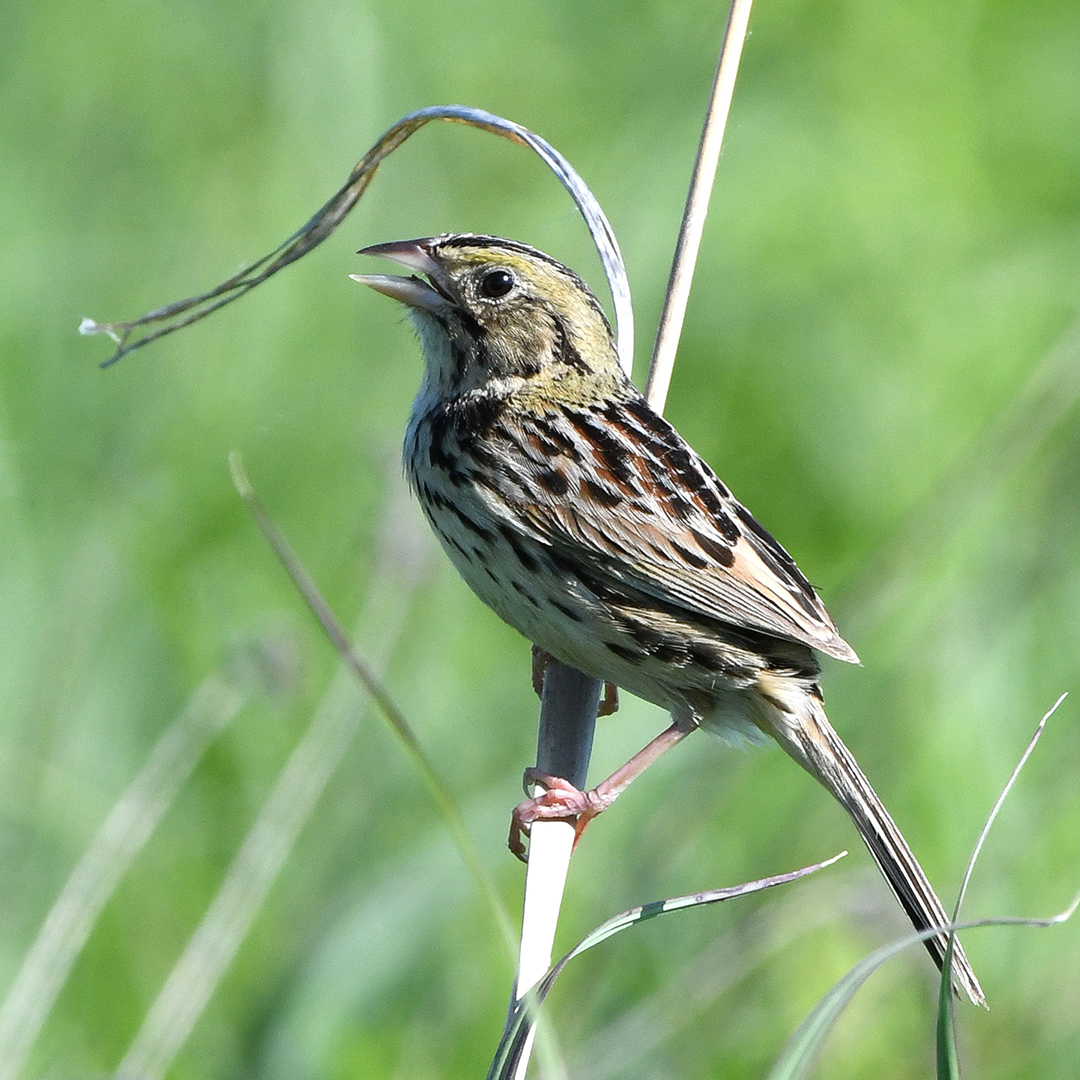 During the breeding season, the Henslow's sparrow walks more than it flies, spending much of its time foraging on the ground among grasses. This means its survival depends on the protection it finds in Minnesota's native prairies. Habitat loss has landed this critter onto the Minnesota Department of Natural Resources' list of Species in Greatest Conservation Need, with its numbers dwindling by nearly 70% since 1966. But FMR's findings show that prairie restoration efforts are working, and bird species' health and prairie health go hand in hand, according to FMR Senior Ecologist Karen Schik.

"We use birds as indicators of habitat quality for many reasons," Karen said. "If prairie birds choose our sites to raise their young, we know our restorations meet their needs." Karen has gathered data at FMR-restored prairies in Dakota County and southern Washington County for over ten years. She has found that the once-absent Henslow's sparrow is making a comeback at four restoration sites where it had not previously been seen, two of which were former agricultural fields.

The red fox (photo above by Geoffrey Miller/TCCFP) is a secretive canid, yet this wily wanderer has made its way to the metro after changes to its northern habitat and the decline of its main competitor: the wolf. Where the red fox's northern counterpart may have hunted rabbits on snowy hillsides, in urban areas it's been spotted waiting by bird feeders for prey. "Sightings of fox as well as coyote are becoming more and more common in the Twin Cities," said FMR Ecologist Alex Roth.

"We need to understand more about how they're adapting — where they live, what they eat and what causes mortality of these animals." For two years, the FMR community has participated in the University of Minnesota's Twin Cities Coyote and Fox Project, a study of canids' behavior in the metro.

FMR staff and volunteers have passed along information about more than 100 sightings and known denning locations. We've also facilitated researcher access to restoration sites. The project's findings will help FMR manage fox and coyote habitat and teach us how we can better share the metro with these charismatic and misunderstood animals. 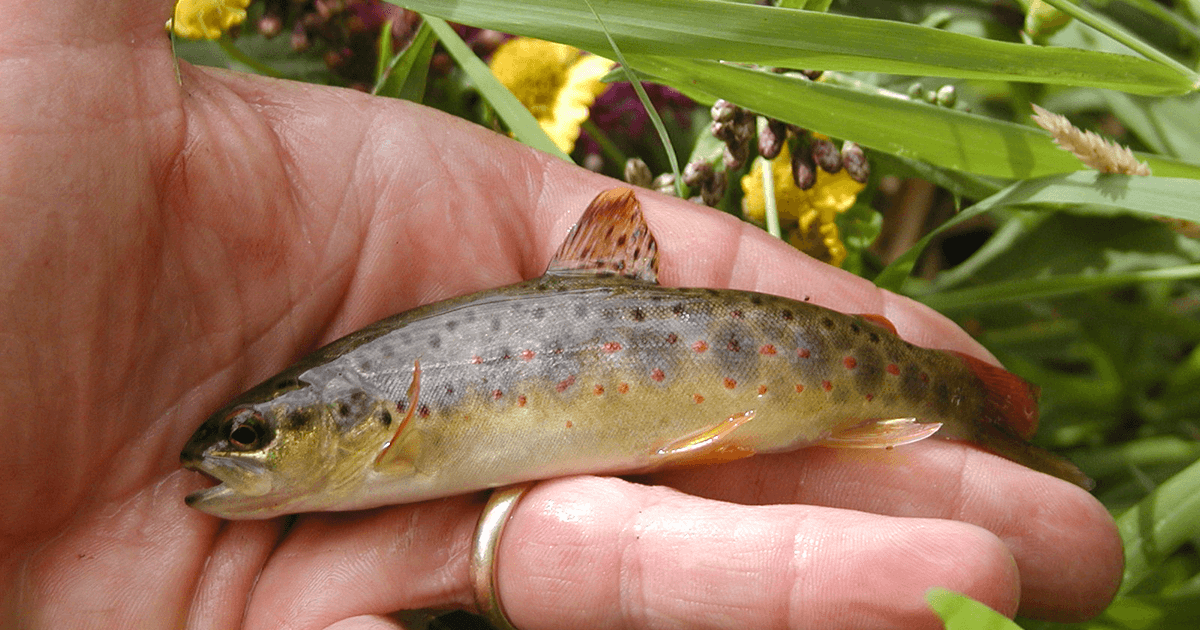 Though not native to Minnesota, the brown trout is a welcome addition to our waterways. Brown trout fills the role of top predator for streams where other species have been displaced, helping to regulate the aquatic food chain. While not as sensitive to temperature as brook trout, they can still provide important insight into the health of our waters.

FMR and other organizations have transformed the once uninhabitable Vermillion River — a Mississippi River tributary rife with chemicals like nitrate — into a river where the brown trout not only survives but thrives.

The Vermillion River flows through Dakota County, which is set to double in population over the next 30 years. FMR Vermillion Stewards will continue to protect river habitats so that diverse aquatic wildlife can flourish for generations to come. 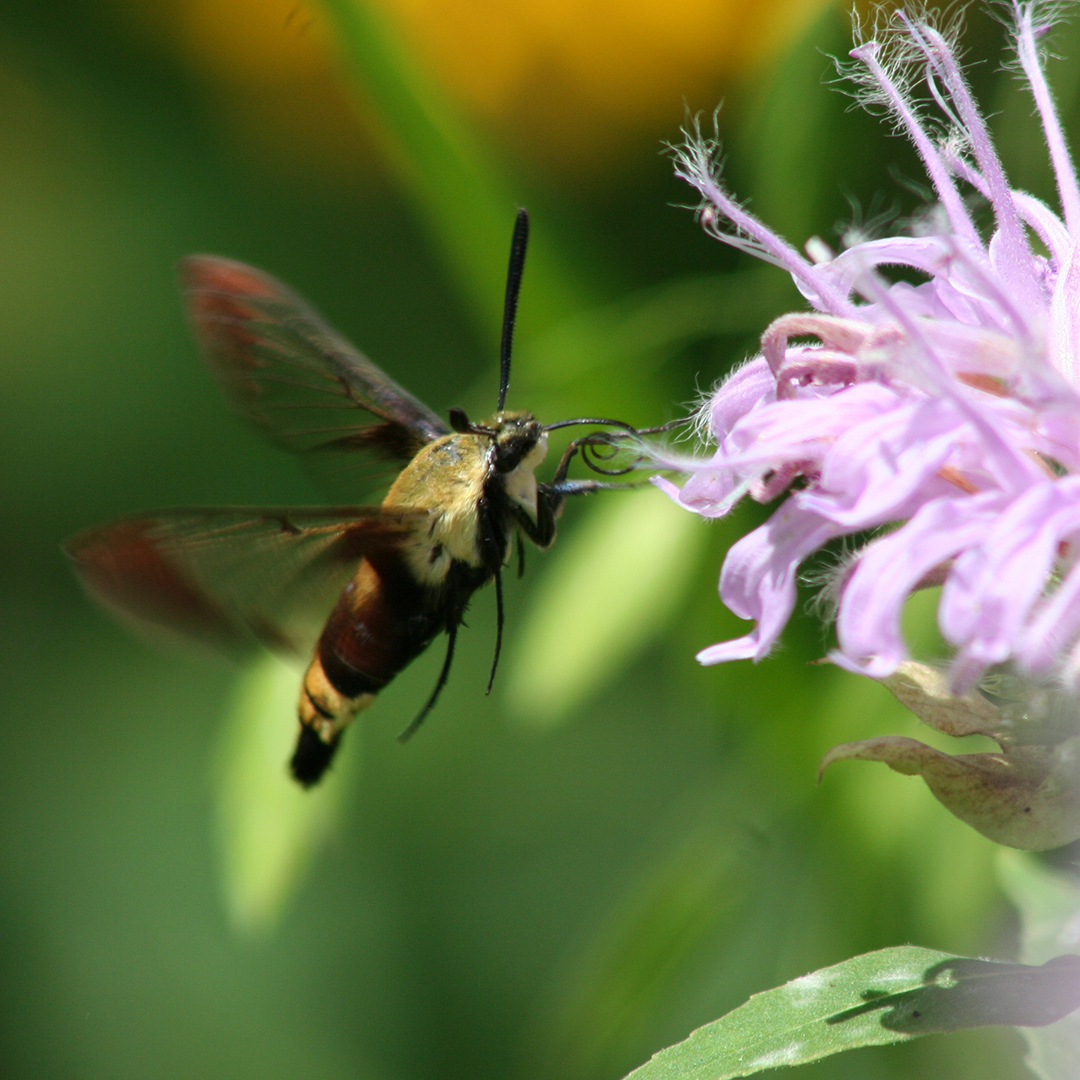 While the bumblebee often gets the limelight as an all-star pollinator, gardeners are likely to jump with excitement when they see what might appear to be a pint-sized hummingbird floating from plant to plant. Unlike other sphinx moths, the hummingbird moth is active during the day. "That means we can actually enjoy its striking appearance," Karen said. She's spotted the brightly colored moth, with burgundy-edged clear wings, in FMR's restored savanna at Hastings' Old Mill Park in the video below.

The presence of pollinators like the hummingbird moth at our sites helps us know our efforts are worthwhile as we attempt to tackle the causes of pollinator decline, which have reduced some species' populations by over 80%. Hummingbird moths directly benefit from simple steps you can take at home, like planting the native wildflower bergamot. Homeowners can also leave fallen leaves in garden spaces, giving pollinators a place to overwinter as well as providing cover from predators when they pupate. This detritus also boosts soil nutrients.

While we celebrate the return of wildlife to our sites, it doesn't mean our work has ended. The impacts of climate change and development continue to displace animals and habitats, and each restoration project requires ongoing attention and management. FMR members and volunteers make it possible for us to deepen our stewardship and support the wildlife who share the river and its watershed with us.

Sign up for the Mississippi Messages to receive volunteer event notifications and updates on our protection and restoration work throughout the Twin Cities metro.

Become a member today to make our stewardship of the river and its wildlife possible.