What's our deal with density? | Friends of the Mississippi River
Skip to main content

What's our deal with density? 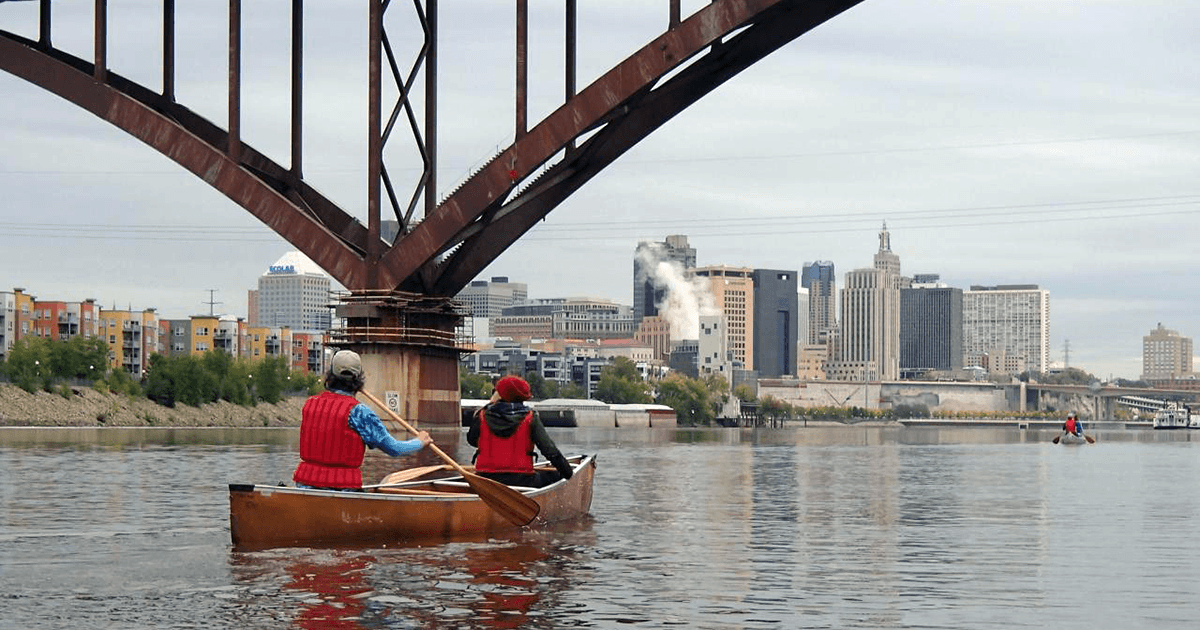 FMR advocates for vibrant riverfront communities that appreciate the natural, scenic, cultural, historical, recreational and other public values of the Mississippi River. We're actively involved in community planning and zoning decisions to consistently protect and enhance these values.

Sometimes casual observers skim our comments about specific development proposals (or see brief excerpts from our comments on social media) and interpret any concerns about building design as being anti-density. That's not an accurate understanding of our values or our commitment to thoughtfully planned communities.

We're in favor of dense urban neighborhoods. But that doesn't mean shortchanging the public riverfront experience or environmental protections. In fact, balancing all of those needs can help create better and more vibrant riverfront communities and even encourage additional development.

Here are some of the goals we consider every time we evaluate a proposed development project.

Dense development can help slow climate change, one of the most urgent crises our world is facing. Concentrating housing, jobs and amenities near each other reduces the need for residents to drive long distances. Not only is less travel necessary, but it's easier and less costly to provide alternatives to driving such as public transit and bike infrastructure.

Dense housing can also be more energy-efficient as homes tend to be smaller and may be concentrated in multifamily buildings. Plus, adding dense housing decreases pressure on the market, potentially making housing more affordable and reducing incentives for suburbs to sprawl into natural areas.

Naturally, dense development tends to require taller building heights. Taller buildings can include more housing units and reduce per-unit development costs. These tall buildings are appropriate in many areas of our community, including along parts of the Mississippi River. The Twin Cities' riverfront has tremendously diverse development patterns ranging from the Minneapolis and St. Paul downtowns to neighborhoods with single-family homes on large lots.

We've supported dense development in many places, including the Ford Motor Company plant redevelopment in St. Paul and both Twin Cities' downtowns. We've also supported controversial measures like Minneapolis' 2040 comprehensive plan, which called for greater density across the city. But while density is critical, it should not be the sole consideration when evaluating a proposed development project. 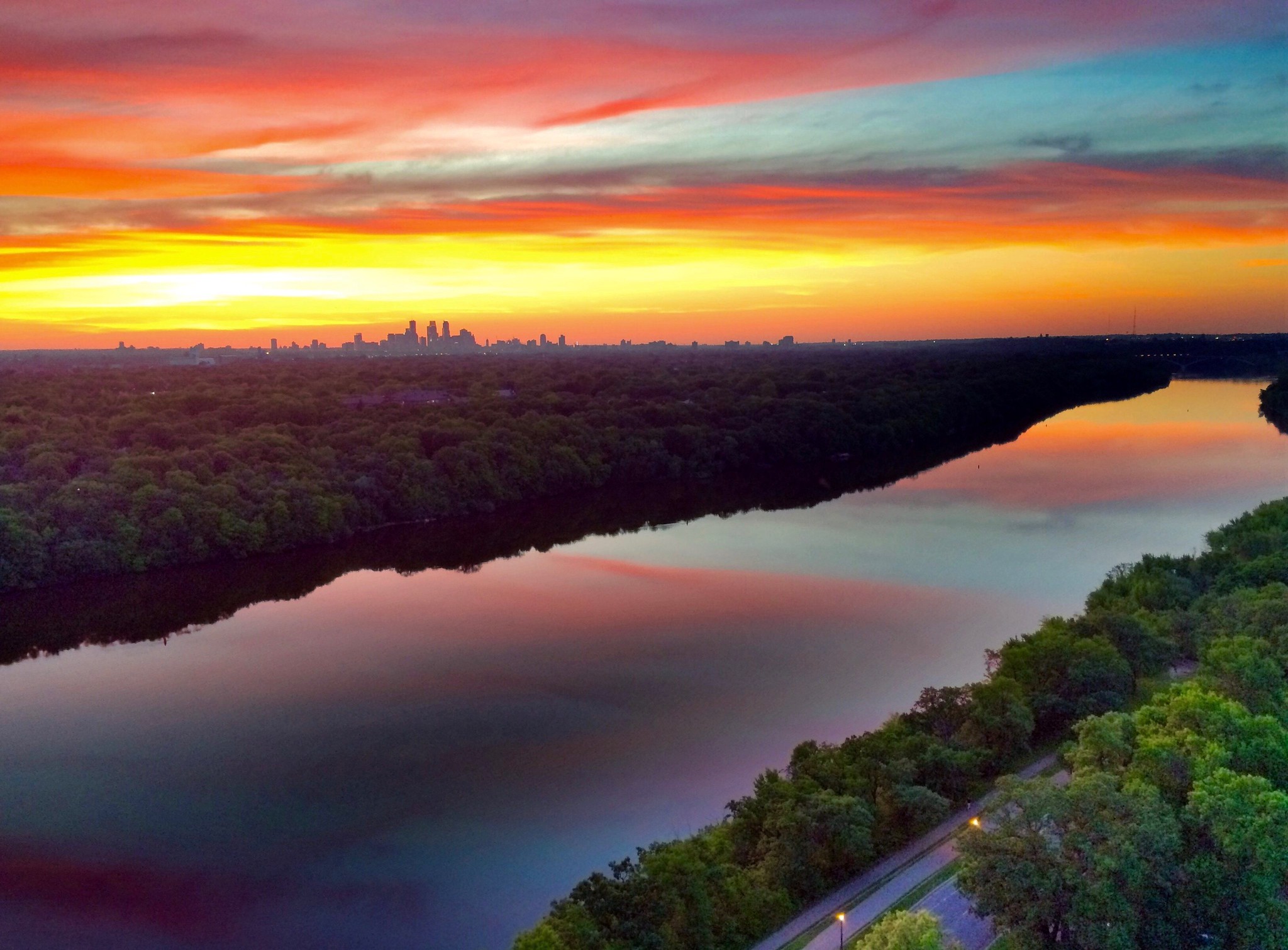 Some areas of the Twin Cities riverfront are dominated by natural views, even near the core cities. (Photo: Jim Hudak for FMR)

Design matters in every neighborhood. Along the Mississippi, one of the world's great rivers, good urban form is especially important. Our riverfront is such an asset and comprises such a tiny percentage of our community's land that it deserves special consideration.

There are many aspects of good riverfront design. In areas where public walking and biking trails are right next to the river, the surrounding development should support a welcoming visitor experience.

Building size is one of many considerations that can affect how it feels to be near the river. Other important considerations include structure design, building materials, landscaping and whether the development includes amenities that encourage public interaction with the site (such as art, public-serving businesses or walking paths and benches).

FMR also evaluates the impact that proposed projects have on the most scenic sections of the river. For instance, the river gorge through Minneapolis and St. Paul (the only gorge on the entire Mississippi) is a tremendous scenic resource. The river's beauty has drawn people to this area for thousands of years.

In places along the gorge, it's still possible to look out over the river and see almost no human-made development. The views are dominated by the water, trees, bluffs and soaring birds. The viewer is able to gain a sense of their place in the landscape...literally a sense of place that is unique and special.

I love feeling lost in nature even in the middle of the city. It's a rare experience and one we are committed to preserving for all residents. Well-managed building heights are a crucial aspect of that preservation. 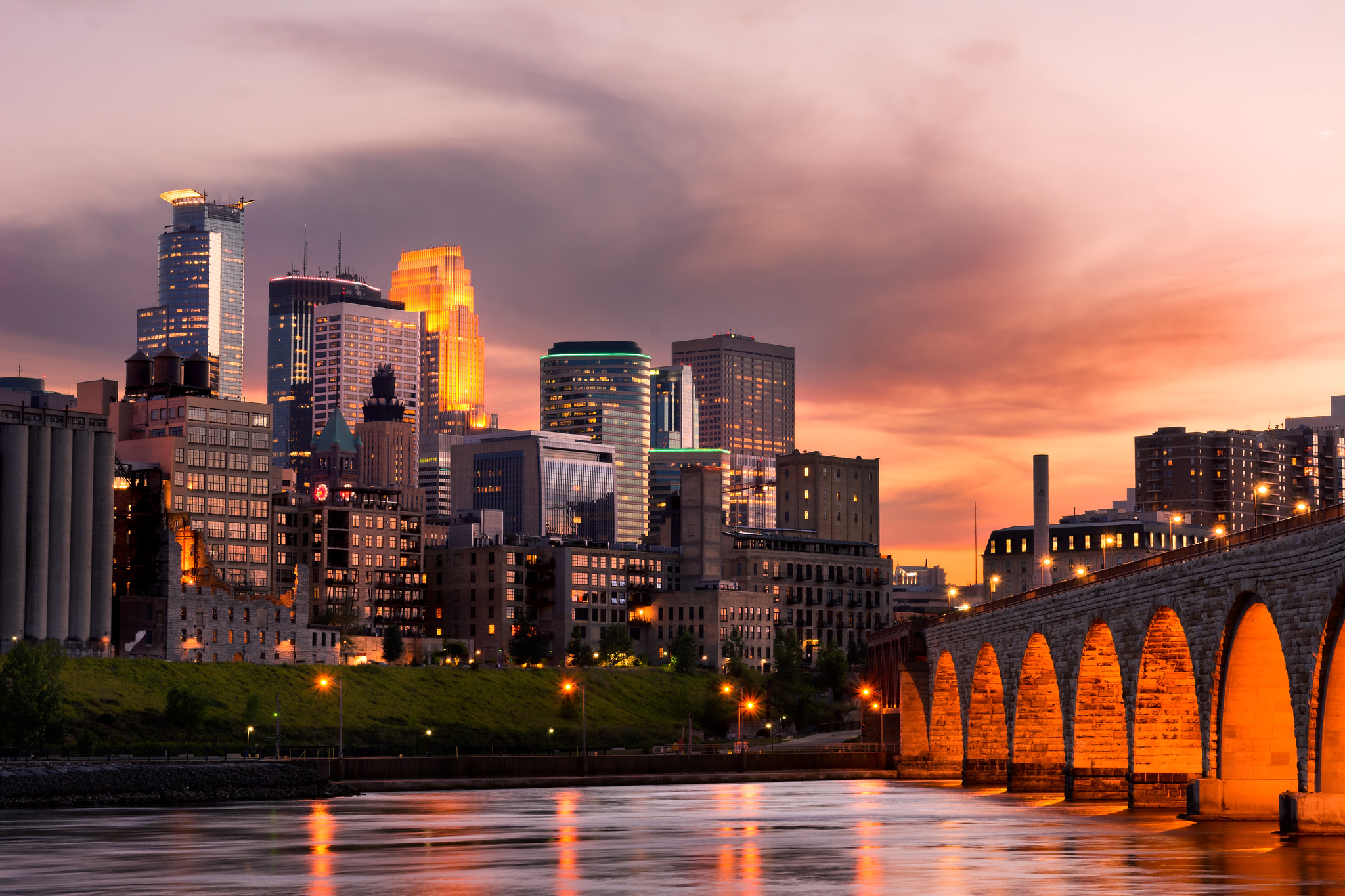 Downtown Minneapolis buildings are tiered away from the river, enhancing views between downtown and the riverfront. (Stock photo)

Well-managed building heights can also encourage additional river-oriented development by ensuring that the entire neighborhood is designed with the big picture in mind.

This is why the state's rules for development in the Mississippi River Corridor Critical Area (MRCCA) require that taller building heights be tiered away from the river. The areas closest to the shoreline should have slightly shorter buildings so that buildings farther back can also enjoy river views, and so that riverfront visitors can see farther into the surrounding blocks.

This creates a sense of connection and relationship between the river and its surroundings. It also encourages more developers to orient their projects towards the river and increases the appeal of those buildings.

Achieving this takes a commitment from city leaders to consider the entire context of the riverfront when they assess development proposals to ensure that they preserve these opportunities for further development. Their goal should not be simply to build one structure, but to create and sustain entire neighborhoods.

There's one more element of dense development that can present a challenge: the risk of birds being killed in collisions with buildings. We believe this can be mitigated through science-based provisions that reduce harm to wildlife and promote safe passage for species with whom we share this land.

Riverfront communities will have the opportunity to add this requirement to their new MRCCA ordinances in the near future. Learn more about how to get involved in advocating for your community's MRCCA ordinance.

FMR takes all of these environmental and design elements into account when we evaluate development proposals. Yes, we support dense development — but we don't subscribe to the belief that building height trumps all other considerations.

A more comprehensive approach creates vibrant neighborhoods that interact with, protect and benefit from all that the Mississippi River has to offer us.