Is it safe to swim in the metro Mississippi? | Friends of the Mississippi River
Skip to main content

Is it safe to swim in the metro Mississippi? 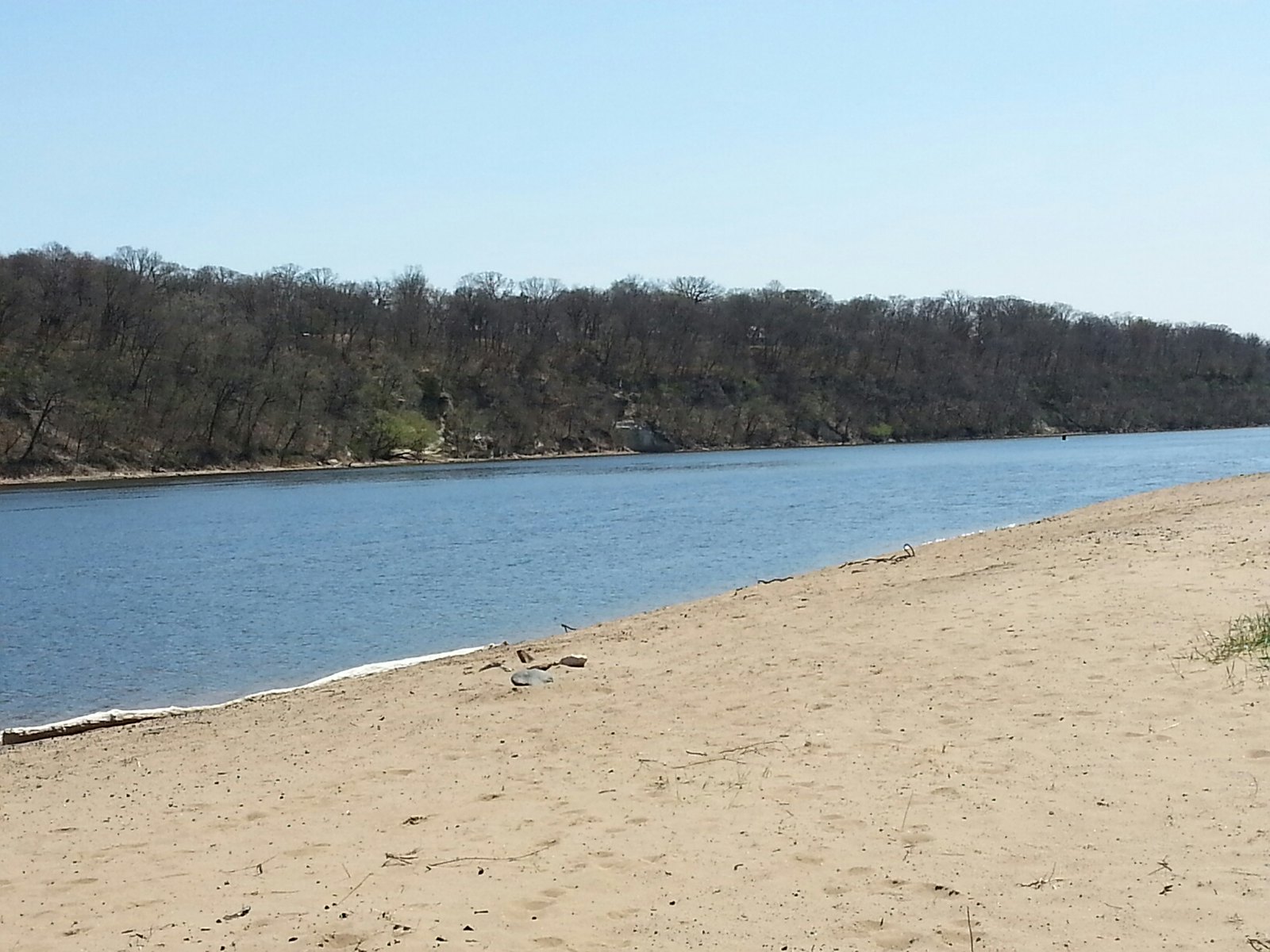 Some river stretches, like the sand flats in Minneapolis (cared for by volunteer FMR River Gorge Stewards), are tempting to swim at. But, should you?

Two local publications recently dived into an eternal summer question: Is it safe to swim in the Mississippi River?

Jennifer Bjorhus of the Star Tribune looked at pollution as part of the publication's "Curious Minnesota" series, while Greta Kaul explored currents and other risky conditions for MinnPost.

Is it safe to wade into the river in terms of chemical or bacterial pollution?

In her piece for the StarTribune, Bjorhus's answer is "pretty much" — provided you avoid ingesting water, since it often carries E. coli from dog and other animal waste from lawns, farms. etc. — and take other precautions, such as washing off after wading in.

Of course, just because parts of the river are safe for humans doesn't mean it's ecologically healthy or good for wildlife. Some pollutants that can make humans and pets sick (like E. coli) pose little risk to aquatic plants and animals. So, a river could be unsafe for swimming while still being home to healthy fish, mussels and aquatic plants. Meanwhile, other pollutants like sediment pose little risk for swimmers but can devastate river life.

As FMR Water Program Director Trevor Russell noted, the Mississippi is better than it used to be, but it's in need of repair. "Solving these problems requires decisive public action before they move beyond our reach."

Check out Bjorhus's article for recommended spots, including along the Vermillion River (an important Mississippi tributary that FMR Vermillion Stewards help to restore) and an analysis of many metro lakes and rivers' swimmability.

Kaul points to the E. coli concern in her MinnPost piece as well, adding that pollution from fecal and other waste tends to increase after it rains, as rainwater carries pollution from yards, streets and farms into the river and other local water bodies.

She notes that FMR and the National Park Service recommend waiting at least 48 hours before swimming in the Mississippi, per the State of the River Report, and that this guidance likely applies to other bodies of water as well.

In addition to being mindful of the weather, Kaul touches on the impact and difficulty of tracking currents in her MinnPost piece.

River's are strong, and their speed varies significantly. Plus the river bottom itself changes, especially at curves or after a dam. (At Hidden Falls in St. Paul this summer, just downstream of the Ford dam, a child drowned after stepping, unknowingly, into a steep underwater dropoff at the bend in the river.)

If you're tempted to venture into the river, be sure to read the Star Tribune and MinnPost articles!

Sign up to be a River Guardian, and we'll let you know when important river issues arise and help you quickly and easily share your values with local decision-makers.

More from the water blog